“With springtime arriving, we anticipate seeing a rise in inventory of homes for sale,” stated Mike Gross, president of the Realtor Association of Southwestern Illinois. “With the number of days on market decreasing, interest rates still remaining low, and increasing/stabilizing home prices, we expect the housing trend to continue heading in a positive direction throughout 2017. Buying a home is a long-term investment in your finances as well as your community. This housing market offers many benefits for buyers and sellers, and consumers continue to see these benefits.”

Consumers appear more optimistic about the economy. According to the National Association of Realtors Housing Opportunities and market Experience (HOME) survey, consumers are increasingly confident in the economy and their household financial situation. NAR’s chief economist Lawrence Yun stated the biggest rise in confidence came from the Midwest, where the confidence rose to 67 percent over 51 percent last quarter. The Consumer Confidence Index also increased in February from 111.6 in January to 114.8 in February, according the conference-board.org. 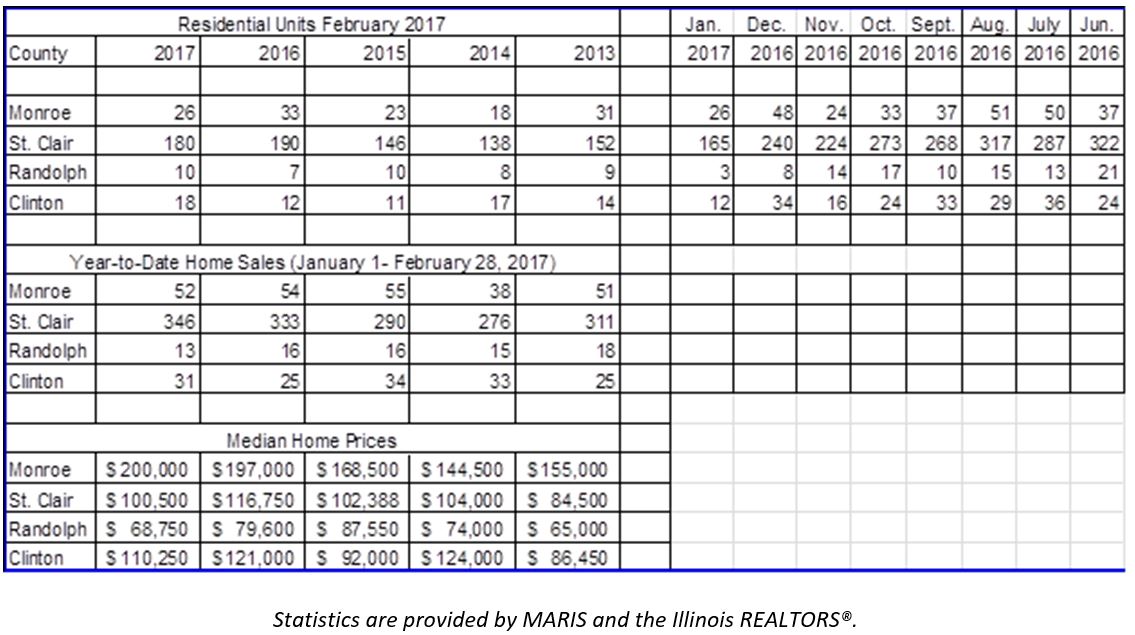