ST. LOUIS — A Belleville native has been chosen as a 2017 Women of Distinction honoree by the Missouri Athletic Club.

The award recognizes women who enrich their communities and contribute to the advancement of all women through their leadership, character and professional achievements. 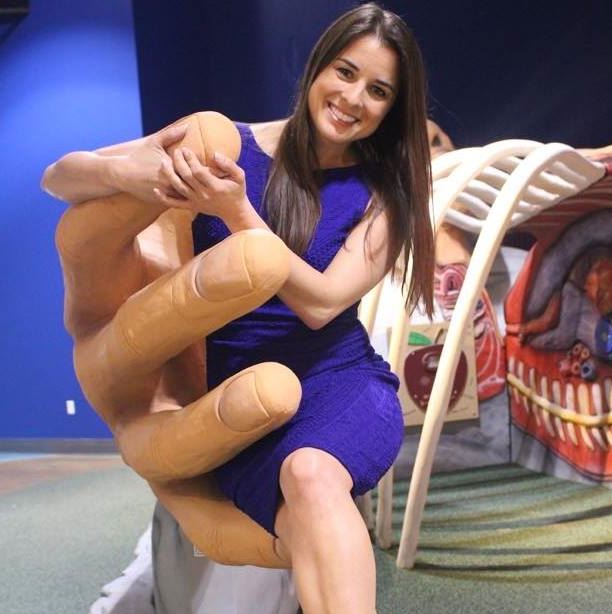 Woodcock is being recognized, in part, for her role in advancing health education in St. Louis over the past nine years. As executive director of the Delta Dental Health Theatre, she worked to improve the overall oral health and healthy habits of children and families across the region and was instrumental in transforming the theater into the new HealthWorks! Kid’s Museum St. Louis, the first and only children’s museum solely dedicated to health education in the St. Louis region and one of only three in the United States. As president and CEO of the museum, Woodcock continues to educate and inspire children to make positive oral and overall health choices. Since opening in May 2016, the museum has hosted tens of thousands of children, increased its revenue by 400 percent and has grown its staff by three times, representing a significant economic impact in the St. Louis region. The museum has also been ranked among the Top 10 Destinations for parents and educators in St. Louis.

Besides serving as president and CEO of HealthWorks! Kid’s Museum, Woodcock is also a faculty member of Washington University’s Nonprofit Management program. She was selected to participate in Focus St. Louis’ Leadership St. Louis program and continues to bring fellow alumni together to foster relationships and continue community discussions. She was also chosen to speak at the Focus St. Louis Youth Leadership St. Louis program in an effort to empower youth in the region and has been involved in multiple women’s leadership organizations over the span of her career, including serving as a member of the Nonprofit Services Center Women’s Leadership Academy and the Women’s Committee of Forest Park. She was also a recent guest member of The Women’s Club of Washington University.

For more information about the Missouri Athletic Club’s Women of Distinction Award, visit www.mac-stl.org. To learn more about the HealthWorks! Kids’ Museum St. Louis, call (314) 241-7391, visit www.hwstl.org, find the organization on Facebook or follow them on Twitter using the handle @youcantoucan.

HealthWorks! Kids’ Museum St. Louis came into existence as a result of efforts to expand The Delta Dental Health Theatre to address broader, overall health issues after Delta Dental of Missouri became a major corporate sponsor in 2004. Those plans evolved and grew more ambitious over the next several years, ultimately leading to the closure of the original theatre on Laclede’s Landing in downtown St. Louis after 38 years so it could be housed in the new, dramatically expanded museum. The Delta Dental Health Theatre was originally organized as a program under the Foundation of the Greater St. Louis Dental Society in 1977. In 2002, it was incorporated as an independent 501(c) (3) not-for-profit organization.