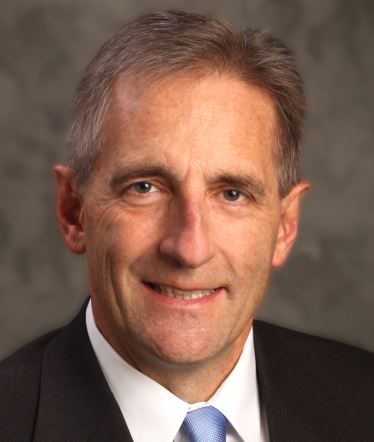 The move is effective May 1, the company said.

“I am fortunate to have a strong leader of the caliber of Shawn able to immediately follow in the footsteps of Maureen Borkowski, one of the industry’s top leaders in the transmission business,” said Warner Baxter, chairman, president and CEO of Ameren Corp. “Shawn is a respected and proven leader at Ameren and in our industry. His broad base of experience includes senior leadership positions in transmission, distribution, generation and energy trading operations, as well as corporate strategic planning. As Ameren looks to continue to make significant transmission investments in the communities we serve and in our region, Shawn’s strong leadership skills and industry expertise will help Ameren continue to deliver superior long-term value to our customers and shareholders for many years to come.”

Schukar has a master of business administration degree from the University of Illinois at Urbana-Champaign, where he also earned a bachelor of science degree in engineering. He is active in several community and non-profit organizations, including the Arts and Education Council of St. Louis, Missouri Botanical Garden and Junior Achievement of Greater St. Louis. He and his wife are residents of Collinsville.

“Ameren Transmission has a great team focused on delivering value to our customers by strengthening the grid, improving reliability and providing access to renewable energy sources,” Schukar said. “It’s an honor to be entrusted with this great responsibility and to follow Maureen Borkowski, whose energy and vision have led Ameren Transmission and its expert team to success.”