EAST ALTON – During the 2017 Annual Board Meeting of Wegman Electric Co., Adam M. Buhs was appointed president of Wegman and its subsidiary, Lowry Electric Co. 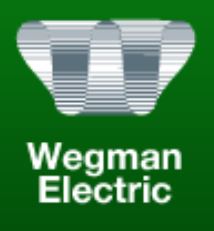 He becomes the second president since Wegman Electric Company became an ESOP corporation in 1986. ESOP is an employee stock ownership plan.

Wegman was incorporated in 1938 and is one of the area’s largest electrical and instrumentation contractors. Wegman also has an overhead line division and a communication division. Wegman is a full-service electrical contractor providing design and construction for commercial, institutional, and industrial projects of all sizes.

Terry M. Buhs, who served as president of Wegman and Lowry from 1986 through 2016, will assume the role of CEO.

Adam Buhs joined Wegman in 2009. Buhs received an Electrical Engineering degree from the University of Evansville in 1997. He immediately went to work for Caterpillar Inc. in Peoria and worked there for 11 years. He has been the project manager for Wegman’s Phillips 66 Wood River Refinery account since joining Wegman. He has also worked with Principia College and other Wegman accounts resulting in a diverse background.

Adam Buhs lives in Bethalto with his wife Wylie, and two children – a 13-year-old daughter Harper and an 11-year-old son, Dalton.