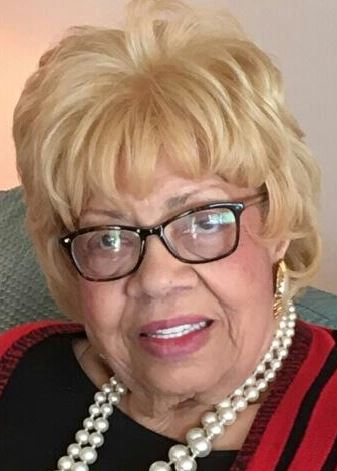 SIUE will present the award to the musician, educator and community leader at the university’s Spring 2017 Commencement on May 6.

“Johnetta Haley was a mentor of mine as a music educator four decades ago and remains so to this day,” said SIUE Chancellor Randy Pembrook. “Her work in furthering the East St. Louis Center, and particularly arts education there, has benefitted thousands of students over the years. She lived the mission of empowering people and strengthening communities, and is a treasure both to SIUE and the Metro East.”

Haley became a member of the SIUE faculty in 1972 as an assistant professor in the Department of Music in the School of Fine Arts and Communications. Before joining the SIUE faculty, she was vocal music director and chairperson of the Nipher Junior High School (Kirkwood, Mo.) music department for 18 years. She began her educational career as the vocal and general music teacher at East St. Louis Lincoln High School.

Political leaders recognized Haley’s capabilities. Missouri Gov. Kit Bond appointed Haley to the board of curators at Lincoln University in Jefferson City where she was elected board president in 1977. She served the board for 10 years.

In 1994 shortly after Haley’s retirement, SIUE’s minority scholarship program was named the Johnetta Haley Scholars Academy in honor of her many contributions to the University and to the East St. Louis community.

In “From Kodaly to Community: A Biographical Sketch of Johnetta Randolph Haley,” author Alvin H. Townsel described Haley as having “developed the habits of reading, the disciplines of thinking, the techniques of rigorous analysis, the framework of values and the philosophical foundation which distinguish her as a leader.” He also described Haley as an individual who “takes the long view – she has in mind a clear strategy as well as a goal and a vision.”

University President Earl Lazerson appointed Haley as acting director of the SIUE East St. Louis Center in 1982, and she became the director in 1984.

Janina Turley, Project Success program director at the East St. Louis Center, was elevated into her current position by Haley. “She was always looking out for people and always wanted people to do their best,” Turley recalled. “She always showed interest in the children in the programs and motivated them to strive to do their best. Even when you didn’t have confidence, she built your confidence.”

In the 1989 summer edition of SIUE’s Alumnus, Haley said, “Our job at the SIUE East St. Louis Center is to capitalize upon every available opportunity to tap and ensure the realization of academic and other potential possessed by the youth of this city.” She set the standard that SIUE continues to pursue at the East St. Louis Center to this day.

Haley’s commitment to service was acknowledged through the years. She was elected to the St. Louis Metropolitan Board of the YWCA, the National Board of Directors of Alpha Kappa Alpha Sorority, and the Board of Directors of the Association of Governing Boards of Universities and Colleges. She also served on the Board of Trustees of Stillman College and served as chair of the Illinois Committee on Black Concerns in Higher Education. She held offices or served on the boards of such civic organizations as the Council of Lutheran Churches, the Advisory Council of the Danforth Foundation’s St. Louis Leadership Program, the Artist Presentation Society, the Early Childhood Development Corp. of the City of St. Louis, Girls Inc., and the St. Louis Chapter of Jack and Jill, Inc. Among her various awards were the Key to the City from Gary, Indiana, the Missouri Music Educators Service to Music award and the St. Louis Sentinel’s SIGNEL Honor Award for outstanding community service.
At various points in time, Haley has been included in the popular Who’s Who publications such as: among the World’s Musicians, in Entertainment, in International Biography, in the Midwest, among International Women in Education, among Black Americans, among American Women, in Community Service, the World’s Women, Personalities of the Midwest and in the World.

Even after her retirement, Haley’s efforts continued to be rewarded. She received the Leadership Award from the St. Louis Community Empowerment Foundation’s Annual Salute to Women in Leadership in 2010.