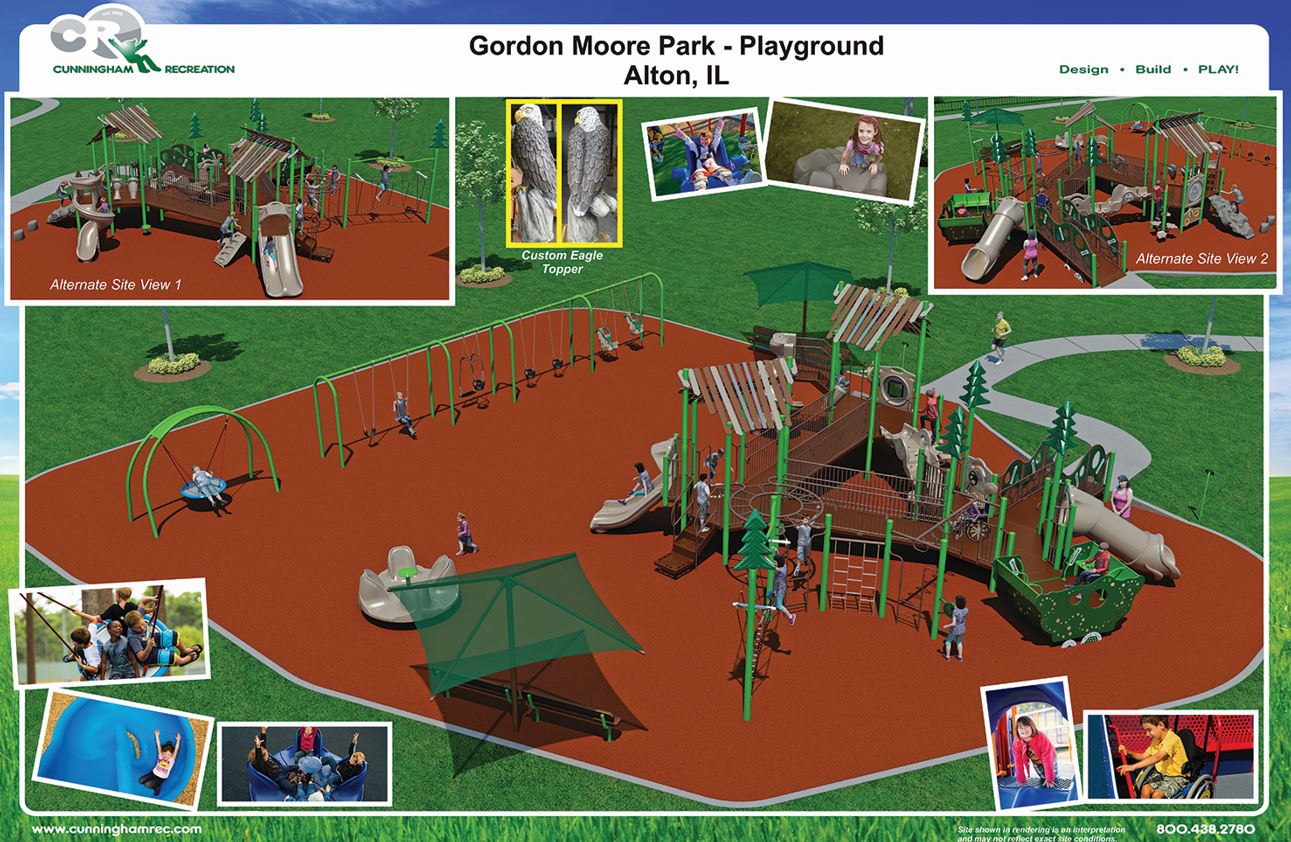 A rendering of the design for the playground being installed

Dining out at the participating restaurants in Alton, Cottage Hills and Bethalto will provide support for the new, universal, all-inclusive playground and the new concession and restroom project planned adjacent to the soccer fields and playground.

The changes would be the first major improvement project for the park in several years.

“It’s a tremendous boost to get the support of the community behind this project,” Michael Haynes, director of Park and Recreation for the city of Alton, said. “It’s important for Alton to keep Gordon Moore Park as a destination for family and company outings as well as sporting events and major tournaments.”

Officials plan to raise $425,000 for the Gordon Moore improvements and construction is expected to begin by summer. In addition to the inclusive playground facility, improvements include a new concession stand with a seating area, renovations to the Muenstermann Building and new bathroom facilities.