PHOTO TOP: AMH Employee of the Year Scott Allsman accepts his honor. In the background is Brad Goacher, vice president of Operations. 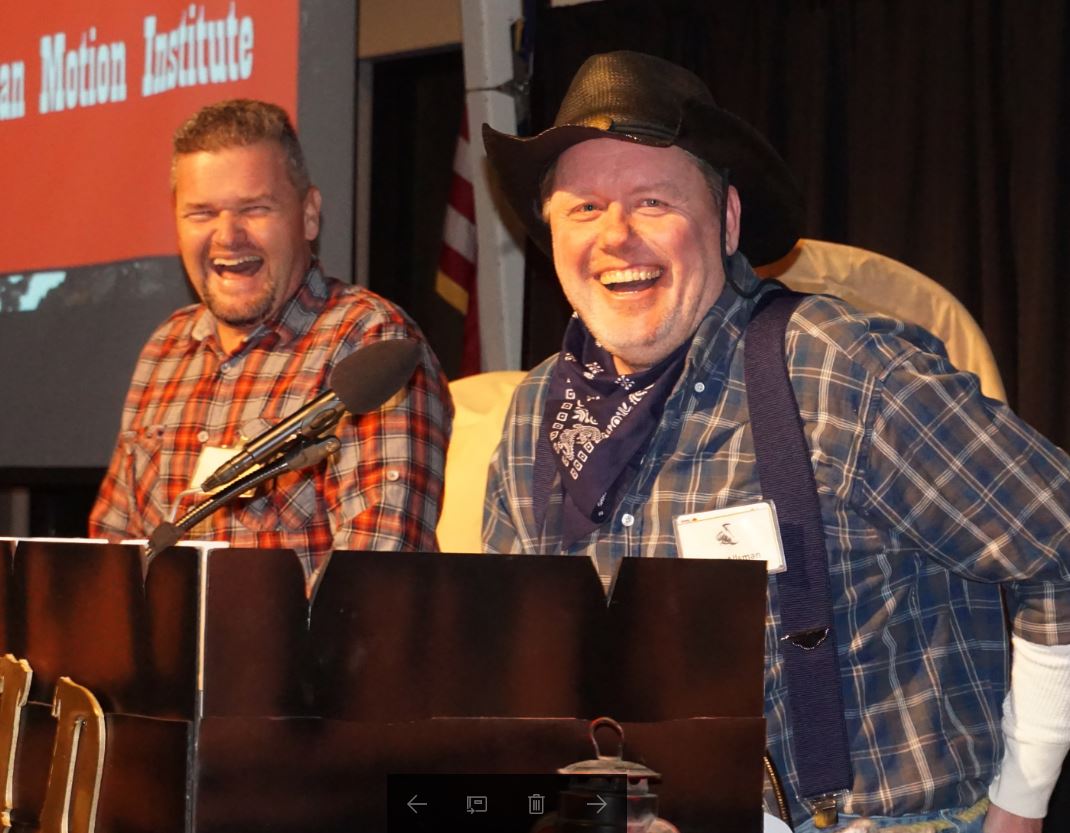 Alton Memorial employees celebrating milestone anniversaries during 2017 were recognized, up through a 45-year service award for Diane Mize of the Digestive Health Center.

The Employee of the Year award went to Scott Allsman of the Human Motion Institute. Jessica Mossman, manager of the Women’s Health and Childbirth Center, was presented with the Leadership Award.

Allsman was one of the 12 Employees of the Month from 2016 honored at the banquet, and leadership chose him as the Employee of the Year.

“In addition to motivating patients and providing comic relief for staff, Scott is someone who works with other caregivers to ensure the patient is receiving the best possible care,” said Brad Goacher, vice president of Operations at Alton Memorial, in announcing Allsman as the winner.

Supervisors, managers and directors are eligible for the Leadership Award. Mossman oversees the Women’s Health and Childbirth Center, which underwent a major expansion two years ago and delivers more than 700 babies per year. “Jessica is a true leader who creates a shared vision with physicians and staff to be the first choice for great care,” said AMH President Dave Braasch. “She always steps aside to credit her team with their successes, which have been many.”

Those accomplishments include:
• More than doubling patient volume during the last five years;
• Opening an expanded and renovated department that retained the historical look, but featured state-of-the-art technology;
• Achieving patient satisfaction results for excellence at the 95 percent tier among U.S. hospitals in 2016;
• Making AMH the first certified “Baby Friendly” Hospital in the St. Louis-Metro East market;
• Making sure more than 700 moms left with a delightful “bundle of joy” when they were wheeled to the door.

The Emergency Department GDP Team earned the Virginia Ilch Excellence in Service Award. Leadership looks at teams that have made significant improvements in patient quality and safety.

Diane Mize graduated from the AMH School of Nursing in 1972 and started working at AMH that year on the Medical-Surgical floor. She moved to Digestive Health in 1980 and has been there since.

“Diane is the go-to person for equipment issues and is always willing to teach someone what she knows,” says Amy Toenyes, manager of the DHC. “She has a memory like a steel trap and tells some great stories about the good old days. Diane is a wealth of knowledge and continues to be a great asset to the department today.”