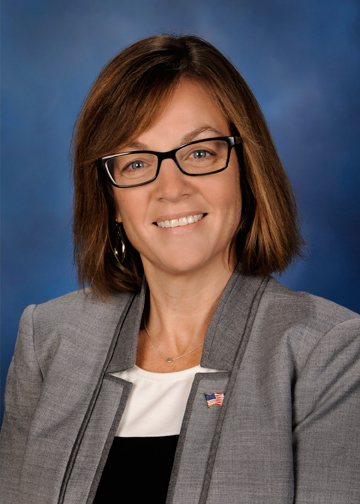 IBJ: What sort of things have you been up to during your first couple of months in office?

Stuart: Setting up a local office to make myself accessible to constituents. I now have a place in Collinsville (2105 Vandalia).

IBJ: I imagine you’ve been out meeting all the people you can meet. Or, somebody’s been wanting a piece of your time. How has that worked out?

Stuart: It’s been fine. I’ve been able to get to pretty much every meeting that someone has invited me to. I stepped down from my position as an instructor at SIUE, and that’s a nice advantage I have over some legislators who choose to maintain an outside job. I do have that flexible time. I always had to do the time-balancing act that every parent has to do and still manage to spend time with my kids.

IBJ: What are your priorities going to be?

Stuart: Definitely education. It’s an important thing to me. I’m happy to see the school task force has come out with a report, and I hope something gets put forth in terms of fixing our inequitable funding formula.

IBJ: You recently introduced a piece of legislation that would freeze cost of living adjustments and mileage and lodging reimbursement rates for legislators. Is that your first bill?

Stuart: Yes, the first I’m sponsoring. And that’s another one of my priorities, fiscal responsibility, and we have to be willing to start with ourselves. We have a state that some might say is in dire straits in terms of our budgeting.

IBJ: You could have tackled any number of things.

Stuart: The budget is the first and foremost problem we face right now. Bringing attention to our spending is important. We as legislators have to realize if we’re asking human services to cut 25 percent out of their budget, which really impacts peoples’ lives, we have to show the same willingness in our own personal lives. I think that was an important message to send. And I have followed through on that. If we don’t have a budget in place I won’t take my pay as a legislator. That’s not easy for me and my family to do, but it’s an important step to take.

IBJ: That’s a Republican sort of thing to do, isn’t it?

Stuart: (Laughs). I’ve been accused of being a Republican, but when it comes to being fiscally responsible, that should be everybody’s goal.

IBJ: Are you on any committees at all?

Stuart: Yes, I’m on the Higher Education Committee. Given my background teaching at SIUE, it makes a lot of sense. I’m also on a committee for government transparency; for business incentives for local areas; on one of the education committees that deals with licensing and policy; and one for campaign finance reform.

IBJ: Tell us about your family.

Stuart: Steve and I have two kids, Dean, who is 17, and Hannah, who is about to turn 16. They go to Edwardsville High School.

IBJ: How about your work life going in to this new job? Did anything give you good training for what you’re doing now?

Stuart: All of my work experience has been as a math teacher. My first teaching job in the area was at Highland Middle School. Then I was able to move to Edwardsville Middle School. I stayed home with my babies for a while and was able to get a master’s degree in that time in mathematics at SIUE. Then, Edwardsville High School had a need for a part-time math teacher and that fit the bill perfectly with my family. I did that for a few years. Steve was an assistant principal at the high school (and is now a middle school principal). My most recent job, I was able to get on full time as an instructor at SIU. I was there six years full time.

IBJ: And, all of a sudden, you gave it up to run for office?

Stuart: Yes, I was concerned about things going on at the university. I was getting these (university) emails week after week about cutting the budget, cutting the budget. I started worrying about the state’s impact on the students. And I thought, maybe this is something that needs to be tackled in a different way?

IBJ: So, it was a bit of a calling to a certain degree? You saw a need and you responded to it?

Stuart: Right, that’s kind of how it went. I was approached by others who suggested to me that I would be a good candidate to run for state representative. My initial reaction was, “no.”

IBJ: Had you floated that idea to anybody? They came to you? Did you have some political leanings that people knew about?

Stuart. Well, I had been serving as a (Democratic) precinct committeewoman for a few years. That was when I got an opportunity to meet people serving in office. It was township (committee) Chair Ron Foster who came to me with the idea. I had to do a lot of soul searching.

IBJ: How long did it take you to come to that decision?

Stuart: Maybe three weeks. I had to find out not only what the campaign process was like but what the office would be like if I was lucky enough to be chosen.

IBJ: Can you make a difference?

Stuart: I have to be optimistic and think that I can in at least some way. I’ve already had a great experience helping two individual constituents on different licensing questions. I was able to make phone calls and find out what they needed to know. Have I fixed the budget problem? No. But I helped two individuals with something that impacted their lives.

IBJ: In terms of the budget, where do you see things going?

Stuart: I have to hope that things are going to move forward. We’ve been stuck at a standstill for so long. That’s not anything anyone should be proud of — being the state that’s gone the longest without a budget. That’s not a record you want to break.

IBJ: What sort of “surprises” have there been in terms of on-the-job experiences?

Stuart: It’s all been a learning experience. Everything’s new. Being called a freshman legislator is kind of funny to me — I haven’t been a freshman since 1988.

IBJ: Have you picked up any mentors along the way?

Stuart: Yeah. I think they do something pretty smart when they look at seat assignments. They try to find somebody who would be a good mentor to you. I have a nice seatmate, Natalie Manley, (D-Joliet). And I’m not afraid to go introduce myself to anybody.
Then, I have Latoya Greenwood who is a freshman legislator representing East St. Louis. If I learn something, I share it with her and vice versa.

IBJ: What towns does your district include?

Stuart: It includes Edwardsville, Glen Carbon, Maryville, Caseyville, a portion of Granite City, a portion of O’Fallon. The 112th District is about two-thirds Madison County and about one-third St. Clair County. I spent time campaigning in every single town.

IBJ: A lot of people said it was quite a coup (beating Republican incumbent Dwight Kay) in a year when Democrats had a hard time. What do you credit for that?

Stuart: I think it was the fact that I was out there and listening to people’s concerns. People want to know that their elected officials are hearing what their concerns are. It was 10 to 12 hours a day being on my feet, walking, going door to door.

Stuart: Grueling is a good word for it. That was a real, full-family sacrifice. During the summer months, frequently the kids would come join me on the campaign trail and hold the clipboard, taking notes about what people talked about. It was a good experience for them. Sometimes my husband Steve would join me. My parents actually came from Jersey and spent weeks.

IBJ: Your father-in-law is Bob Stuart, the former superintendent in Edwardsville. Did that lend some emphasis to this education priority?

Stuart: Yes, and Sandy, my mother-in-law, was a teacher as well. They were vitally important to me deciding to do this. I’m worried about the well-being of retired educators in the state.

IBJ: You got really big support from the party in the election. They spent a lot on your campaign.

Stuart: Yeah, they did. You asked me about surprises, and that was the most surprising. The amount of money. It was in the millions, combining both (parties).

IBJ: Most people who decide to run for higher office are groomed for years and years by the underlying political community. Your situation was not like that at all.

Stuart: No, but it’s what we were designed to have, real-life citizen legislators, more grassroots. People living different types of lives, coming together and understanding different viewpoints. If you had only attorneys, or only teachers, you’d be looking at things from only one perspective.

IBJ: Do you view this as one term in office or longer?

Stuart. I’m 46 and I have no intention of still doing this when I’m 70. I know there are many of my colleagues who do want to do that. Things in the state aren’t going in the direction they need to go, and I want to do what I can to at least start putting us in the right direction. It’s a two-year term and hopefully two years from now I’ll feel like I’ve been helpful in moving things the way they need to go and want to continue doing that work. I have not thought anywhere past that.