CLAYTON, Mo. — Olin Corp. has announced that Joseph D. Rupp will retire on April 27 as chairman of the Olin board of directors after 45 years with the company. 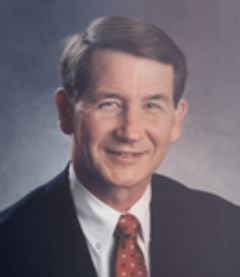 “On behalf of Olin’s Board of Directors, we want to recognize Joe’s outstanding leadership and strategic vision in guiding Olin through one of the most important impactful time periods in its 125-year history,” said Richard Rompala, Olin’s independent lead director. “Joe’s leadership has transformed Olin and set the company on a solid path for future growth and success. We thank him for his many contributions and wish him the very best.”

Fischer, 61, has served as president and chief executive officer since May 2016 and president and chief operating officer since 2014. He was Olin’s chief financial officer from 2005-2014. During his 32 years with Olin, he has served in a variety of key business and functional leadership roles in the United States. In addition to his prior financial and information technology responsibilities, Fischer led Olin’s strategic planning and the integration of the acquired businesses from The Dow Chemical Company into Olin.