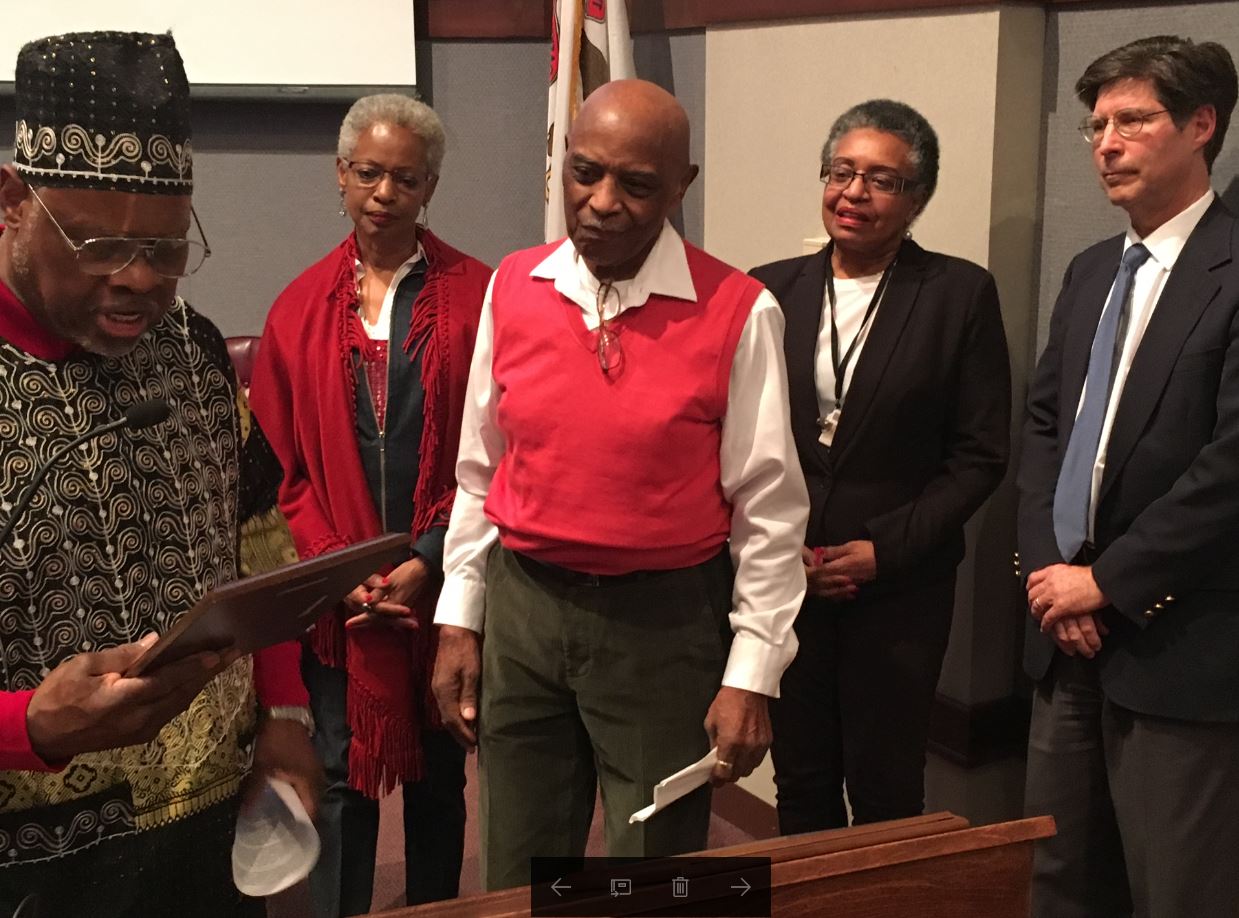 The award is presented to county residents who make extraordinary contributions to their communities and fellow citizens.

Chairman Kurt Prenzler along with County Board member Michael “Doc” Holliday, D-Alton, presented the award to Raglin, a resident of Alton, during the County Board meeting.

“Mr. Raglin is an outstanding gentleman,” Holliday said. “He’s one of a kind. He’s loyal to the community and his concerns about our youth make him a great asset.”

Raglin said he was thankful for such an honor to be bestowed upon him.

“This truly is an honor,” he said.

Raglin trained as a helicopter mechanic in the U.S. Army before serving 29 years in the Illinois Air National Guard. While serving he earned his general equivalency diploma in 1955. He then went on to earn a bachelor’s of science in industrial education and masters of science in school administration, both from Chicago State University in Illinois.

During his career, Raglin worked on an air fueling tanker, taught aircraft maintenance and worked on the Gemini Spacecraft at the McDonnell Space Room. He also was a vocational teacher in Chicago, Ohio and Alton, where he was instrumental in bringing the Air Force Junior ROTC program to Alton High in 1997.

Holliday noted that Raglin was the first African-American Airframe and Powerplant aircraft mechanic with the 126th Air Refueling Group at O’Hare International Airport. He said he was also the first director of the AAA certified A&P mechanic training school at Corwin Nixon Vocational High School in Clinton County, Ohio.

Raglin also was director of maintenance for the former Chicago Suburban Transit Authority and a bus maintenance consultant in Cincinnati, where he managed quality control inspection teams.

Raglin’s love of airplanes and history were combined when he entered a senior art exhibit with drawings of the Tuskegee Airman at Alton Museum of History and Art. He later was instrumental in helping research local Tuskegee Airman for an exhibit at the museum.
He continued working with the museum and became a member of the Miles Davis Jazz Committee. Raglin was the first to suggest a statue of Miles Davis, which is located on Third Street in Downtown Alton.

Raglin is responsible for getting the Miles Davis postage stamp issued in 2012 and introducing the artist, Preston Jackson, who sculpted the bronze statue of trumpeter.
Raglin was the first chairman of the Miles Davis Jazz Festival. He’s been involved in numerous organizations and received many awards, among them, AHS Letter, NAACP Education, Dr. Martin Luther King Humanitarian Award from Southern Illinois University Edwardsville; Alton Museum of History and Art; National Aeronautical Institute 1983 Who’s Who in Aviation and Aerospace; and the Tuskegee Airmen Leadership Award.