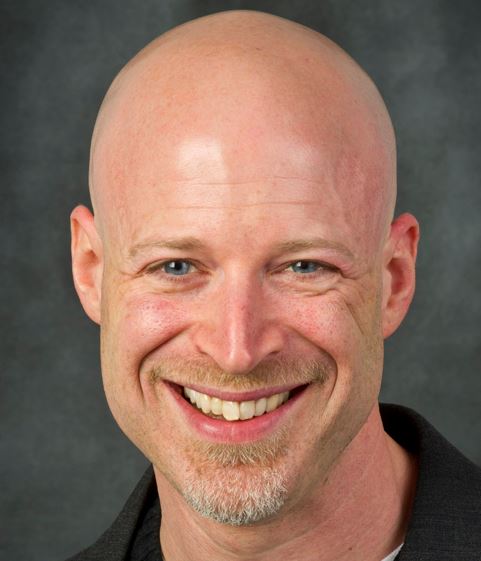 “The Going Award is the most distinguished award in the College of Arts and Sciences,” said College of Arts and Sciences Dean Gregory Budzban, PhD. “It is only bestowed on faculty members from our college who have produced outstanding scholarship and have connected that scholarship in fundamental ways to their teaching, and transformed student’s lives.”

The Going Award committee selected Stacy for his proposed presentation, “Spoon River America: Edgar Lee Masters, the Midwest, and the Myth of Small Town America.” Stacy’s work as a Whitman scholar and historian of 19th century America positions him perfectly to explore the notion of “Main Street,” according to Budzban.

“I am honored to receive the Going Award,” said Stacy, associate professor in the Department of Historical Studies. “I have a lot of respect for my colleagues in CAS. We have numerous scholars doing great work.”

Stacy grew up in the small Illinois town of Monee, as the son of two teachers. Stacy’s background helped fuel his interest in poet Edgar Lee Masters and his most famous book, Spoon River Anthology (1915).

Masters’ book of poems paints a picture of small town America that is both nostalgic and ambivalent. It was greeted with such enthusiasm that it sold 80,000 copies in the first year it was published. The characters, all located in the same cemetery, are speaking from the grave about their previous lives and their neighbors.

Masters’ portrayal of Spoon River was a combination of his experience growing up in two Illinois towns, continued Stacy. The author grew up in Petersburg, where he and his family lived happily, and Lewistown, where they experienced some difficult times.

After Masters’ book, authors like Sherwood Anderson and Sinclair Lewis began to explore the moral complexity of rural life, reports Stacy. Throughout the 20th century, popular culture began to reflect a mythology of the American heartland that was both wistful and ambiguous.

“Myths help us understand things that are complicated or confusing,” he added. “I think that in trying to understand rural America, many people went to Main Street myths. Like a stereotype, a myth creates a template that can be produced exactly the same over and over again. But when you use it, there will always be a degree of inaccuracy.”

Stacy will present a portion of his work during a public lecture in fall 2017.