EDWARDSVILLE — Bob Daiber, a Madison County Democrat, declared his candidacy for governor of Illinois at a rally Monday in Edwardsville.

Daiber is currently regional superintendent of schools in Madison County. 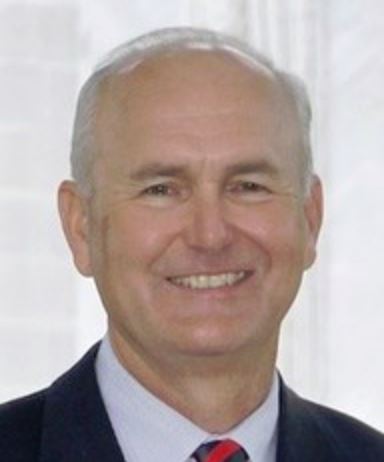 He resides in Marine with his wife of 24 years, Karen, along with their two sons.

Daiber stated: “I am declaring my candidacy for governor to bring about stability to this state. Our financial condition is a growing issue and it will take compromise to solve the crisis.”

Republican incumbent Bruce Rauner “has failed in his constitutional duty as governor to propose a budget again this year. This is unacceptable,” he said. “People are suffering, Illinois is suffering and Rauner is getting richer. Rauner has tripled his income while governor and the rest of the state is broke.”

Daiber also said he would work to resolve the back log of bills, improve the state’s bond rating, and adequately fund education.

“Illinois must have a budget to attract business and uphold its responsibility to all entities that provide state services,” said Daiber.

Daiber said he is taking a “bold stand for the rights of working men and women in the state of Illinois” by pledging not to sign right-to-work legislation if his run is successful. He called on all other Democratic candidates to join him in signing such a pledge.

“Business growth and development happens when states have a highly skilled workforce, assist to provide infrastructure for business and industry, and make permitting efficient. Rauner’s turnaround agenda is holding our budget hostage for the sake of weakening collective bargaining agreements and eliminating prevailing wage. We should not be balancing the budget by breaking the backs of the working class.”

“As a candidate for governor, I also have great concern about the crime rate in Illinois,” he said.

Daiber indicated he did not believe the problem could be solved by just hiring more police. If elected, he proposes to implement a statewide mentoring program for at-risk youth in grades 6 through 12. He is currently piloting such a program in Madison County called Give 30 and invited the audience to view it at www.Give30.net.

Daiber stated that his candidacy will work to develop an atmosphere of compromise and collaboration to move the state forward.

“Government must work in the best interest for all of Illinois, not a select group. Small business owners, farmers, and retired members of the state have much at stake as well,” he said.

Daiber said that the policies he will promote and adopt will strengthen revenue for local governments to enable their communities to grow and build on their prosperity.