Chief Justice Lloyd A. Karmeier and the Illinois Supreme Court have announced the appointment of East Alton attorney David W. Dugan as a resident circuit judge in the 3rd Judicial Circuit. 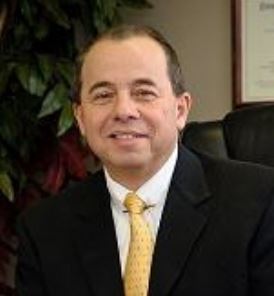 Dugan was appointed to fill the vacancy created when Judge John Barberis was elected to the 5th District Appellate Court in the November  general election.

The appointment of Dugan takes effect on March 3, 2017, and will conclude on Dec. 3, 2018, when the vacancy will be filled by the winner of the November 2018 general election.

“I am truly honored and humbled by my appointment to the Circuit Court of Madison County by the Justices of the Illinois Supreme Court,” Mr. Dugan said. “I am grateful as well to Chief Justice Karmeier for not only his nomination, but also for entrusting me with the responsibilities of service to the people of Madison County.”

“The caliber of the applicants for this position was very high and I am confident that the people of Madison County will be well served by the appointment of Mr. Dugan as their newest Resident Circuit Judge,” Chief Justice Karmeier said. “With 30 years of courtroom experience in both state and federal courts, Mr. Dugan has earned the respect of his fellow lawyers, the judges before whom he has appeared, and the clients he has represented.”

Dugan has worked in private practice since 1986. His practice area has been centered on civil litigation and involved representation of both plantiffs and defendants. He also served as a part-time assistant state’s attorney.