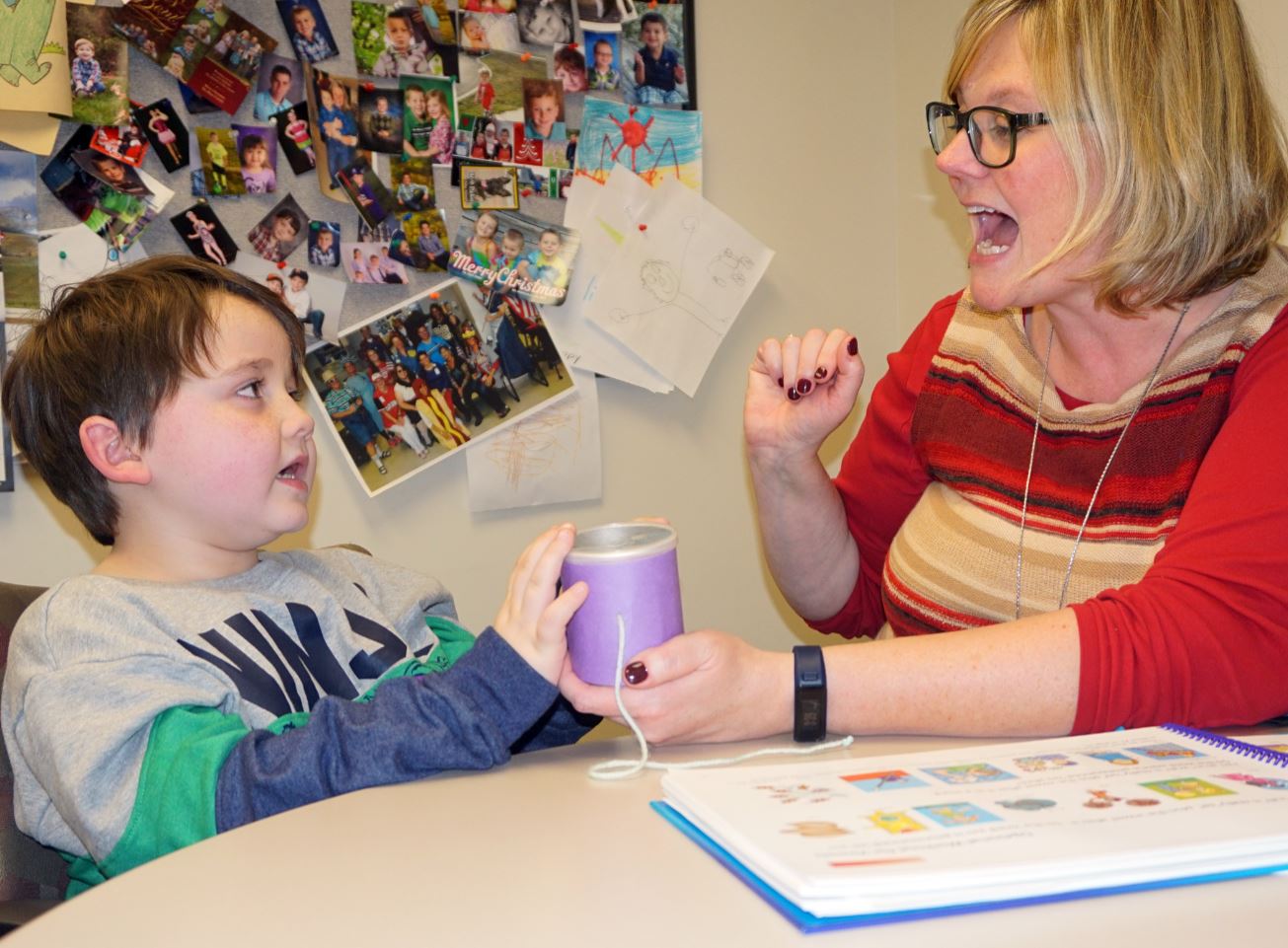 ALTON — What child doesn’t like McDonald’s? But when Jackson Darabcsek has a yearning for fast food, it isn’t always easy for him to communicate.

More than 65 years ago, however, a donor made a gift to Alton Memorial Hospital that has given hundreds of children the opportunity to maximize their learning potential. And now, when Jackson wants to go to McDonald’s, he can spell it out on his iPad.

When Jackson was a toddler, his mother noticed that he had trouble forming words. After an early intervention screening, Jackson, shortly before his third birthday, was diagnosed with Autism and a secondary diagnosis of apraxia. Childhood apraxia is a motor speech disorder. Children have problems saying sounds and words because the brain has trouble coordinating the body movements needed for speech.

“It can be very frustrating for him,” Jackson’s mother, Kim Darabcsek, said. She was determined to do anything and everything to help her son.

“Jackson needed therapy, and although my husband and I both have good jobs, our insurance rejected his treatment plan,” Kim said. “Fortunately, he was able to receive therapy through the Mary Alice McCarthy Fund at Alton Memorial. It was such a relief to know that he was going to get the help he needs.”

After two years in therapy, Jackson is making progress and becoming more verbal. One of his favorite activities is using the iPad. He is especially fond of the Proloquo2Go program, which is designed to promote communication skills and language development.

“The iPad is a powerful tool for children like Jackson,” AMH speech therapist Laura Bastin said. “It gives him the ability to say what he wants to say.”

While therapists work with patients of all ages, the pre-school years are the most critical for language and motor skills development.

“Physical, speech and occupational therapies work in tandem to give children a solid foundation on which to build their learning skills,” said occupational therapist Sarah Myers. “There are building blocks of learning. If steps are missed, the next steps become more difficult. Letters and sounds must be mastered before reading can begin. Fine motor skills must be mastered prior to learning to write. We try to make practicing these skills fun so children will embrace the joy of learning.”

—    From the Illinois Business Journal via Alton Memorial Hospital