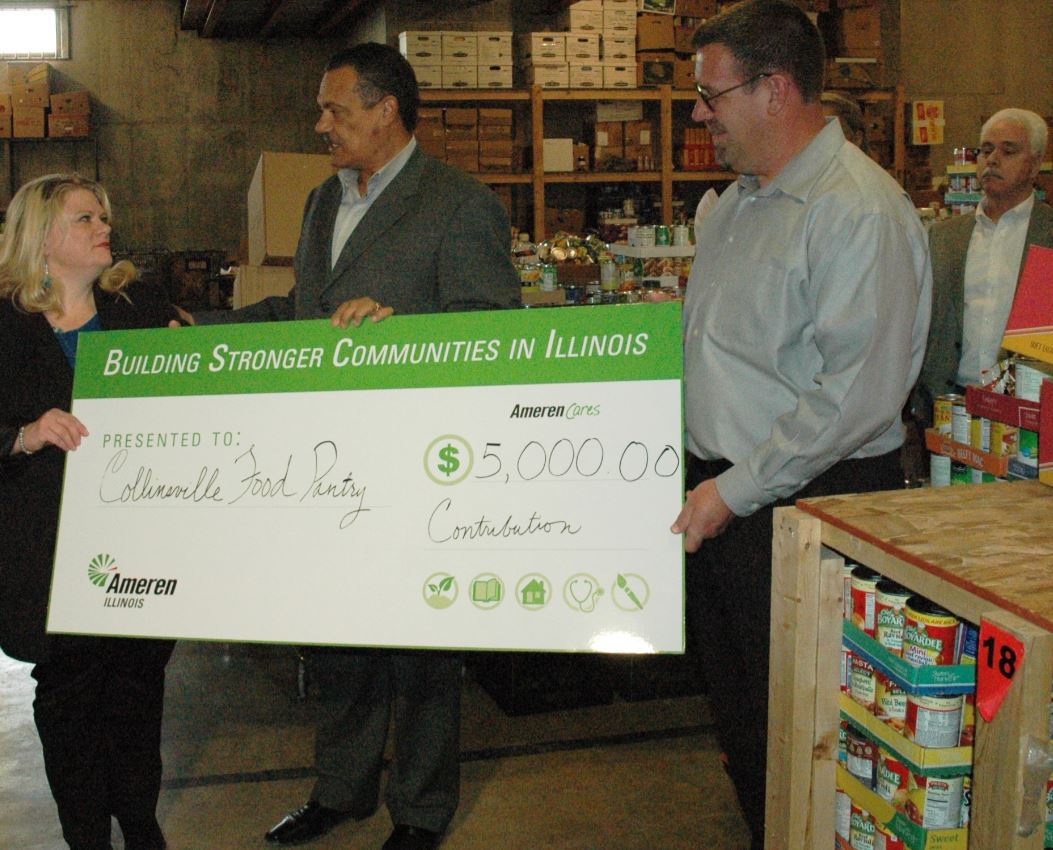 From left, Angel Lipham, director of ministry, Collinsville Food Pantry, accepts a $5,000 check from Ameren Illinois President Richard Mark and Ameren Illinois Director of Operations Jason Klein, to help the pantry keep its shelves stocked through the winter months. The grant funds were made available through the Ameren Cares program, which connects Ameren Illinois with the communities it serves through charitable giving and volunteering.

COLLINSVILLE – Ameren Illinois has provided grants totaling $57,500 to 11 food pantries in communities across central and southern Illinois over the last two months. The pantries are using the funds to replenish necessary supplies, purchase food, and serve those who do not have regular access to meals.

“The operators of local food pantries have told us how difficult it is to meet the increased demand for food during the winter months,” said Richard J. Mark, president of Ameren Illinois. “We’re pleased to be able to offer resources to help those who are hungry to receive a nutritious meal.”

Donations were made to the following organizations across the Ameren Illinois service territory:

The donations are provided through the Ameren Cares program, an initiative that connects Ameren Illinois with the communities it serves through charitable giving and volunteering. In 2016, the company contributed more than $3.2 million to non-profit organizations throughout its service territory.