Construction is nearing completion on the new five-story medical office building at St. Elizabeth’s Hospital in O’Fallon, Ill. Plans are to lease the 139,000-square-foot space to physicians with specialty medical practices.
The project began in May 2016 and is expected to be finished in June, at an estimated cost of $25 million to $30 million. All that remains to be completed is the interior of the building and exterior paving.
Quality Testing and Engineering, Inc. was retained by Landmark Development as the construction services quality control firm on the project. The firm is one of a few accredited testing laboratories in Southern Illinois.
During the duration of the project QTE coordinated with Holland Construction Services, lead contractor on the project. Additional contractors included Don Mueller Construction, Vee-Jay Cement, Phillips and Rooter’s Asphalt.
QTE was responsible for construction material testing as well as visual inspection for the project. The scope of work included reinforcing steel and footing excavations observations, fresh concrete field testing, structural steel observations and testing, rock base densities, applied fireproofing observations and testing and floor flatness. 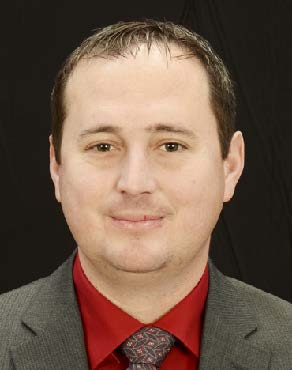 “Our part of the job is nearly done,” said Joseph Carter, director of business development. He has been involved with the project since its groundbreaking. “We still have a little bit of fireproofing to do.”
He said the construction team encountered few problems during the project, except for the typical challenges one can expect with a project this size. “If anything needed to be done that was out of the ordinary, everyone came together and did what it took to finish the project,” he said.
For example, less than favorable site conditions were encountered during the excavations but were addressed and repaired by the site contractors and cold weather concrete placement was challenging at times but the concrete contractors and suppler too the necessary steps to place and cure the concrete within the required specifications.
“The way the team came together was pretty remarkable,” he said. “We all worked together really well.”
Founded in 2000, QTE is headquartered in O’Fallon, with a secondary office in Wentzville, Mo. The firm employs highly-skilled and trained field technicians with a minimum of 13 years of testing experience. Many of its technicians have been with the firm since its beginning.
QTE provides geotechnical exploration, environmental services, wetland services, archaeological studies, soil evaluation and soils mapping as part of its pre-development services. In addition, it provides density testing and monitoring, fill placement, fresh concrete sampling and cylinder breaks, asphalt inspection and structural steel inspection.