IBJ: Now that you’ve got a majority of Republicans on the County Board, what kind of advantage is it for you? Somebody told me that hasn’t happened in Madison County since the Great Depression. 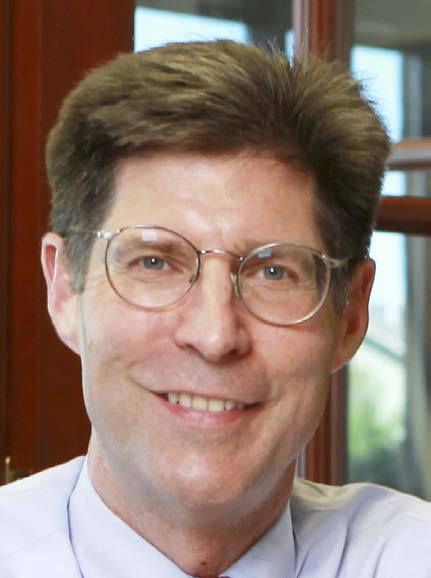 Prenzler: That’s what I’m told. It is an advantage in terms of two things I want to address. One is ethics; the other is my promise to reduce the levy. We won’t pad the budget; everybody knows I don’t like to waste money. But, I think we should study things before we actually do things. We have a lot to study.
It’s my job to stay in touch with the 29 County Board members because they are the first point of contacts for their constituents. I think many of the County Board members are sensitive to high property taxes, and it’s my job to win them over with good ideas and not coercion. I don’t think having a one-vote majority on the County Board permits me to be like a machine, and I know what a machine is like because I’ve been treasurer under the machine.

IBJ: You’ve been banging your head against the wall for several years, it seems like.

Prenzler: I wouldn’t depict it that way. When I came into the Treasurer’s Office, we were able to reduce the budget by 30 percent, according to my promise. Then, of course, we were able to run the tax sale, and the solution was right here in Edwardsville, with Joe Meyer’s company. Joe (who died in 2015) recommended a lot of improvements to that whole process. When I ran for treasurer in 2006 (and lost) there were only about 15 counties that were using that relatively new Joe Meyer automated tax sale system. Today, I think it’s over 60.

IBJ: So, other counties have picked up on that?

Prenzler: That’s been a really bright spot. Basically, they are using technology to remove the conflict of interest potential from the tax sale process. In the state of Illinois, the bidding starts at 18 percent (and theoretically works its way down if there is active bidding on delinquent taxes). But in many cases there are no bids at all. It’s either a problem property or for one reason or another they are hesitant to bid on it. You could have 2,500 parcels in Madison County with taxes owing, but it could be 500 no one’s bidding on. These leave the Treasurer’s Office at the conclusion of the tax sale and go under the authority of the County Board, and the board hires Joe Meyer Co. as trustee to determine what to do with those. The first thing Meyer will do is try to collect the taxes. If they can’t do that, they’ll wait two and a half to three years to get a tax deed and then have a surplus property sale. The Joe Meyer Co. does this for 90 to 95 of Illinois’ 102 counties.

IBJ: How are you going to apply the budgeting process you used in the Treasurer’s Office to the whole county?

Prenzler: When I ran for treasurer (and won) in 2010, I asked myself how I could improve things. I called other treasurers. I asked about how many employees they had, what was their payroll, their population, how many tax bills went out, how many parcels? So, I did all that research then, but I have not done the research yet for the entire county. But every year, including this year, they’ve had a padded budget. This year, they are actually spending $44 million-plus (out of an almost $48 million budget). They have about a $3 million to $4 million surplus, which is a preplanned surplus that they put in reserves.

Prenzler: Right. And you ask, well, what’s wrong with reserves? Well, there’s nothing wrong with reserves. The county investment portfolio when I became treasurer was about $108 million. Today, it’s about $150 million.  That is divided among a number of funds. A lot of this, when you get into the big numbers, is what they call pass-throughs — grants (etc.) that come in and go right back out. Some counties keep a minimum of 15 percent (of the overall budget) in the general fund. In Madison County that minimum requirement is 35 percent. The maximum is 50 percent. If you have a budget of $48 million you can’t keep more than $24 million in the general fund. And so, when it gets over that, you have to put the remainder somewhere, another fund. That becomes the rainy-day fund, and the rainy-day fund has been getting larger. Then, the question is, is the money burning a hole in their pocket? Is there something they have to spend it on?

IBJ: How do you feel about it?

Prenzler: There’s a place for reserves, but I think you can have excessive reserves. That’s where the discussion focuses on: How much is too much? The long and short of it, I have not promised to cut any expenses. I have not promised to cut any jobs because I really haven’t studied it yet. But I think our reserves are sufficient, and therefore I will reduce the (tax) levy, because the levy is (based on a budget that is) $3 million to $4 million more than we need for a balanced budget.
I just have to say, county government is a hundred times bigger than the Treasurer’s Office. It goes everywhere, from animal control to the levees to zoning to getting permits to … Did you know that I’m the liquor commissioner?

IBJ: This couldn’t have come as any surprise?

Prenzler: It was a complete surprise. And that’s why I say I haven’t made any promises as far as budget reduction because I just haven’t studied it.

IBJ: I’ve noticed that everything you use to promote yourself has referred to your CPA designation. That’s kind of a point of pride, with you, isn’t it?

Prenzler: I was educated as a CPA and a lawyer. I went to law school at U of I, but I didn’t like law. I passed two bar exams but I never practiced. You’ll see my license is inactive. That is not all that unusual.
I went to the Wharton School of Business for my undergrad and I did my CPA review at Illinois State in my hometown of Bloomington and passed it on my first time. I believe accounting is the language of business. I feel an affinity. I think it’s a good thing for businesspeople to be in office. But there’s a danger: Businesspeople — like all people — like money, and they must remember that it’s the taxpayers’ money, not their money. But it does help to have people who understand debits and credits.

IBJ: Are there other counties in Illinois that you aspire to as great examples?

Prenzler: We benchmark. I’ve always looked for best practices. When a question comes up, “How to we do this?” the first thing I say is, “What does Illinois law say?” The second question is, “How do counties interpret Illinois law?” Sometimes it’s unclear. For example, how do you invest the money? Well, the Illinois Public Funds Investment Act says: number one, safety; number two, liquidity; and number three, yield.
As far as the templates of other counties, I do look at them — particularly McLean County and Champaign. I think very highly of Will County.

IBJ: The county has long played a big role in economic development. Where do you see the county’s role?

Prenzler: I want to be pro-economic development. I think jobs are important. If I had a magic wand, I’d start up the (Granite City) steel mill. I want to make our county attractive. I think ethics are a part of that. We have a proud industrial heritage, we have a refinery that is an engineering marvel. We have a great road network. There have been good things done in the past.

IBJ: Your predecessor was willing to go to D.C. and state the case. Would you be a traveling man for the county?

Prenzler: If it’s necessary, I’m willing to do it.  But if it’s a junket I don’t think that’s appropriate.

IBJ: How about your role in the regional economy?

Prenzler: It’s kind of laid in my lap really. We are a member of East-West Gateway, we’re a member of the Leadership Council. Then there is the Regional Chamber. I’m learning a lot. We’ve already seen important things take place. The McKinley bridge, the 270 bridge over the canal. One of our priorities is to improve and widen the 270 Mississippi River bridge. The county touches a lot of things. Economic development is one of the real big ones.

IBJ: How dependent will you be on your department heads?

Prenzler: Very dependent. We haven’t named them all yet. We have a few that will continue and we have a few that have changed. We have a new IT director, Rob Dorman. (In Community Development the director) Frank Miles resigned. Our No. 2 position (in Community Development) was open because John Herzog passed away. We hired Kristen Poshard to fill the No. 2 role, chief deputy director. The director position remains open. Our plan to appoint her to the top position, after the county board has had an opportunity to get to know her and observe her work. We hired Chris Doucleff, of the Duke Bakery family (in Alton), in the deputy position in Planning and Development because Tom Hawkins retired. My former chief deputy treasurer (Doug Hulme) is now the county administrator (replacing Joe Parente). I also appointed Mike Firsching, the veterinarian in Edwardsville, to be the county veterinarian.