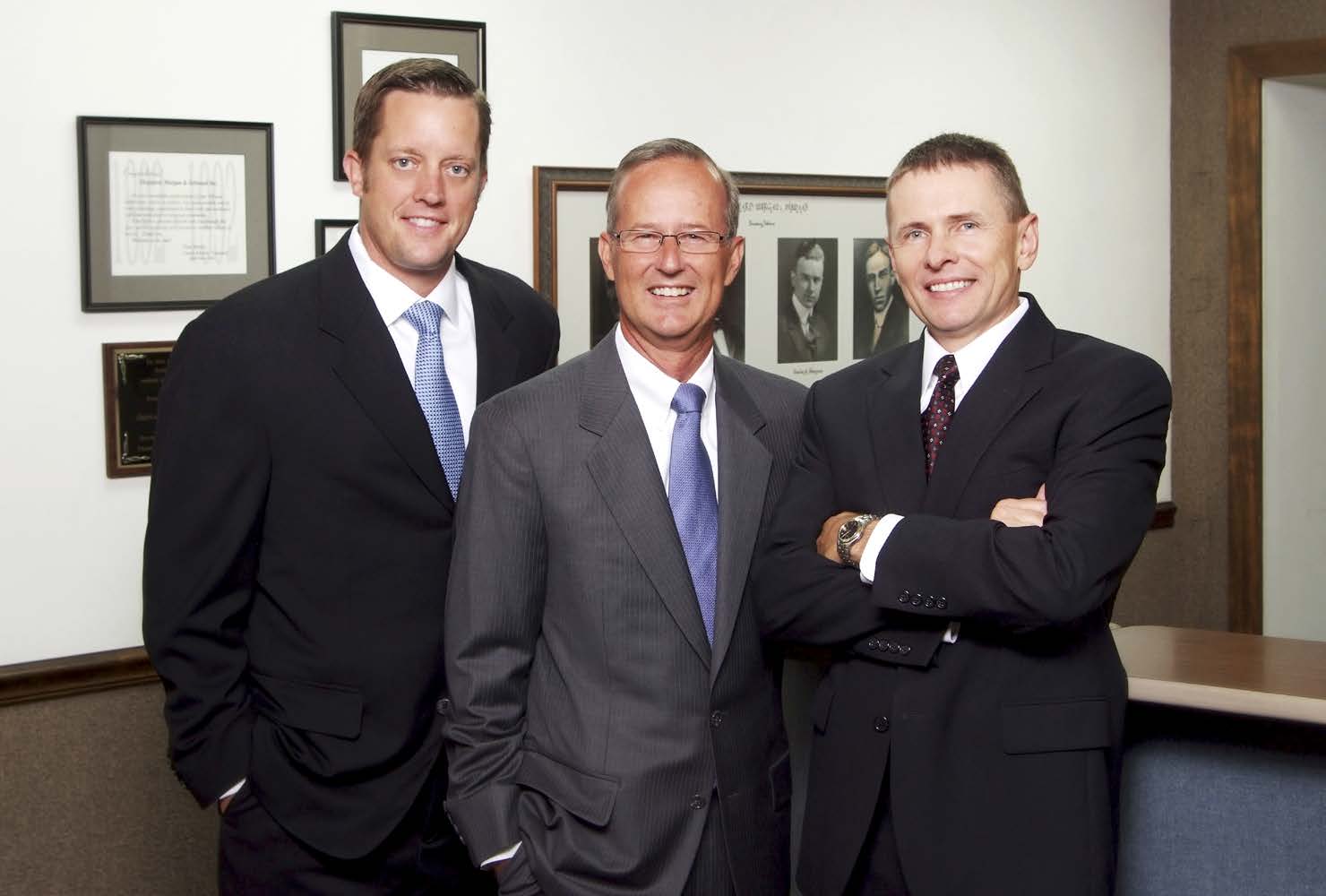 It is staggering to think how the world has changed since C.A. Sheppard started his surveying and civil engineering business in 1892. Two World Wars have been fought. Twenty-two U.S. presidents have passed through the White House. Six states have been added to the union. Six manned flights have landed on the moon. The radio, the television and the Internet have all been invented within that span.
Yet today, as in 1892, there is still a Sheppard at the helm of the family business. Charles Arthur (Cas) Sheppard is president of Sheppard, Morgan & Schwaab, Inc., following in the footsteps of his father, grandfather, and great-grandfather. Cas Sheppard’s son Chris is also carrying on the family tradition as the fifth generation to work in the business.
“Early on when I considered different vocations, I realized what a unique opportunity this was to continue in the family business,” Cas Sheppard said. “It has truly been an honor to be able to contribute to the success and longevity of the firm.”
The SMS family goes beyond blood ties, he said, quick to credit the company’s success to its staff. The Alton-based firm’s motto is “Your Partners in Progress” and Cas Sheppard credits his staff with making that sentiment a reality.
“Our employees are a family and have played the biggest role in us making it to 125 years,” he says. “We also owe our success to my business partners, Scott Weiner and Dave Godar. They had both been working for us before they became partners of the firm.”
Cas’ father, Charles Leland Sheppard, stepped down in 2001 so Cas could take over. He also mentioned this commitment to the SMS staff as one of the reasons for the firm’s longevity.
“It has always been a company policy to provide the best workplace atmosphere and benefits that we can for our employees, and in turn we have been rewarded with employees who are loyal and hardworking,” Chuck Sheppard said.
The company’s commitment to family is equally as strong, as each generation has shown a dedication to involve the incoming generation at a young age.
“I can look back at my childhood memories and recall that whenever there was an opportunity for my father, Charles Howard, to involve me in the company and his work, he did,” Chuck said. “He also shared memories with me of his father doing the same for him. I carried on these experiences with my son and he is doing the same for his children.”
Cas, who has been running the company for 15 years, re-iterated that the guiding hand of his father was essential not only in gaining knowledge of the trade, but also in knowing how to run a company.
“My dad gave good lessons on explaining the basics, and then with the more intricate calculations and design criteria, he was always around to help me out with that and explain those things to me,” Cas says. “It did make it easier to learn and get on board with the type of work that we were doing at SMS. Taking that scholastic knowledge and applying it to the practical end.”
The firm has been involved with countless projects over the last 125 years. The most high profile project is undoubtedly the scenic Great River Road from Alton to Grafton, built in the 1960s. SMS was involved in its design and construction oversight.
“After all this time, the beauty of the river and the bluffs has remained,” Cas says. “It’s a project we’re really proud of.”
One of its most recent projects is the coordination of the high speed rail project through the village of Brighton. Rail beds are being upgraded and track added for the Chicago to St. Louis route. SMS is handling various intersection and utility adjustments for the village.
Currently, the firm does quite a bit of street and storm sewer work in communities near the River Road, where the bluffs and a tendency for flooding can make the job complicated. It is currently in the midst of restoration of part of Summit Street, which was washed away by landslides on the bluffs caused by heavy rains.
It is impressive to think of just how much the work of this small family firm has shaped the infrastructure of its community. Alton and its surrounding areas would not be what they are without the work of this one company. Cas Sheppard feels that if they were around today, his ancestors would be most surprised by the company’s longevity and growth.
“The fact we’re still a viable business with 25 employees would astound them,” he said.