SHILOH — The year 2016 proved to be a great year for home sales in some Metro East counties.

“We are excited yet not surprised by the results of 2016,” stated Mike Gross, president of the Realtor Association of Southwestern Illinois. “We are hopeful that this trend will continue into 2017.” 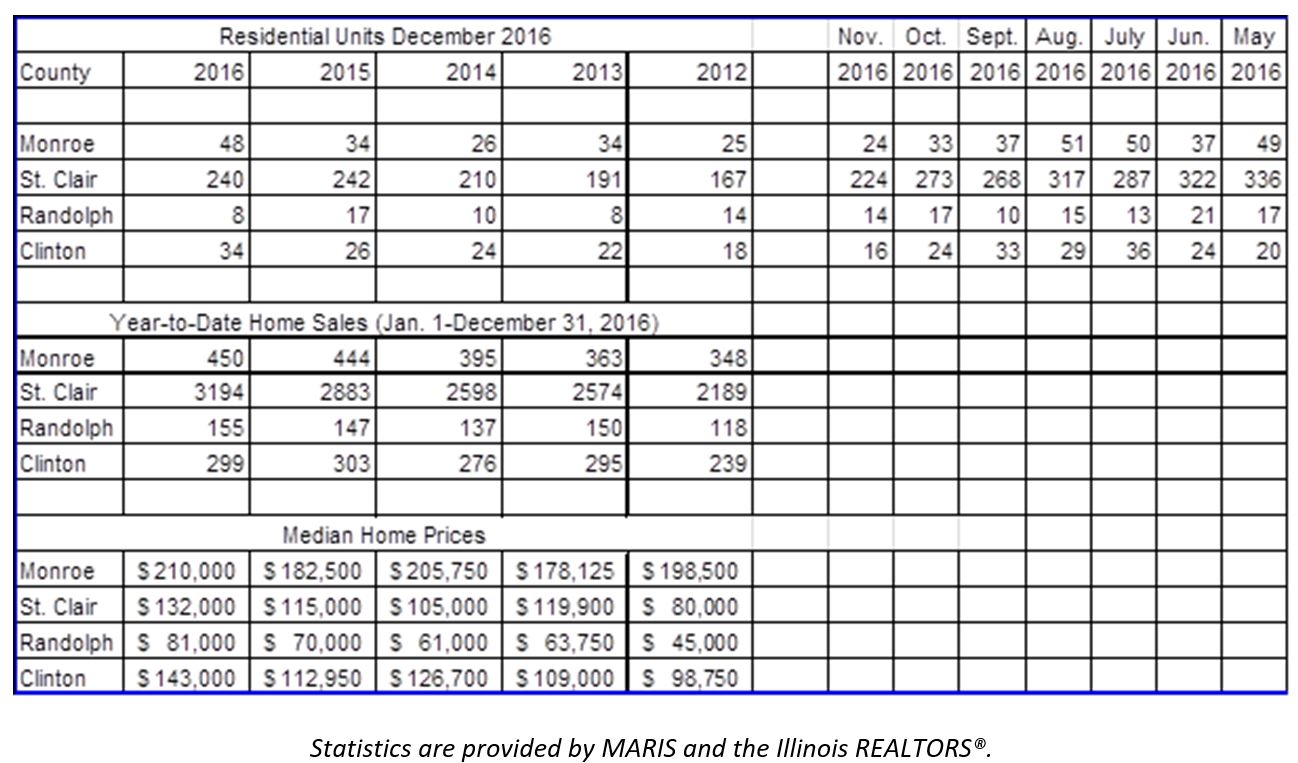