EDWARDSVILLE — The Mannie Jackson Center for the Humanities Foundation’s board of directors has announced that basketball great and humanitarian Kareem Abdul-Jabbar will be the special guest for the Second Annual Dinner and Fundraiser scheduled for Thursday, March 30. 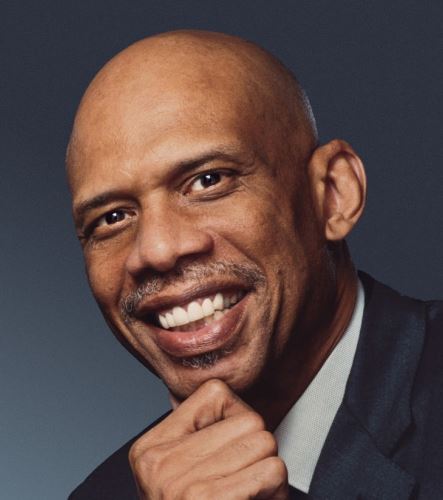 The event will be held at Southern Illinois University Edwardsville with a cocktail reception beginning at 5:30 p.m.

Abdul-Jabbar is the NBA’s all-time leading scorer and a six-time NBA champion and a six-time MVP. He is also the author of 12 New York Times best-sellers and a columnist for various news outlets throughout the world such as Time Magazine, The Hollywood Reporter and The Washington Post.

Abdul-Jabbar also co-wrote and executive produced the critically acclaimed award-winning documentary entitled, “On the Shoulders of Giants.” In 2016, HBO released “Kareem: Minority of One,” which quickly became their most watched sport film of all time.

Dedicating his life to social justice, in 2012 he was appointed as the only U.S. Cultural Ambassador by then Secretary of State Hillary Clinton. In 2016, he was awarded the Presidential Medal of Freedom by President Barack Obama, our nation’s highest civilian honor.

“We are honored to have Kareem Abdul-Jabbar, one of the greatest basketball players and humanitarian of all times, as our special guest,” said Dr. Ed Hightower, executive director of the center. “His life work and experiences serves as a cultural voice for what the Mannie Jackson Center stands for: respect, dignity, understanding and forgiveness.”

“I’ve known Kareem for a long time and witnessed his commitment and passion for country unification and equality for all. He has created a footprint to make this world a better place,” said MJCHF founder and president, Mannie Jackson. “The Presidential Medal of Freedom is presented only to those who have made admirable contributions to the interests of the United States, and Kareem’s influence on our society has been impactful in many, many ways. We are fortunate to have him at our upcoming event.”

Tickets are limited for $200 each and available at www.mjchf.org/kareem.

To learn more about the Mannie Jackson Center for the Humanities, visit www.mjchf.org or call (618) 655-2881. MJCHF opened in Dec. 2015 with the mission of creating communities that embrace respect, dignity, understanding and forgiveness — its four core principles. MJCHF is located at 1210 N. Main St., Edwardsville.