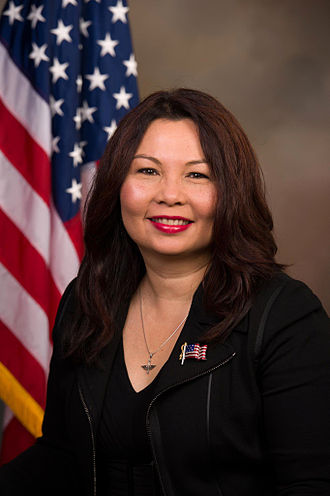 WASHINGTON, D.C. — After sharing the story of 2,000 Illinois workers being laid off due to illegal Chinese steel dumping, U.S. Sen. Tammy Duckworth, D-Ill., on Wednesday discussed the need to crack down on unfair trade practices like currency manipulation and illegal dumping to protect American workers with the nominee to be the next secretary of the U.S. Department of Commerce, Wilbur Ross.

Ross committed to Duckworth that he would swiftly prosecute violations of international trade laws during their conversation.

“Mr. Ross and I discussed our shared conviction that when countries break the rules, they must be held accountable,” said Duckworth. “Illegal dumping of foreign steel has forced American companies to lower production and shutter factories, particularly in my state of Illinois, where these practices contributed to 2,000 Granite City steelworkers getting laid off – through no fault of their own – just days after Christmas. I was pleased Mr. Ross agreed to work with me to crack down on currency manipulation and by his commitment to make timely enforcement of trade laws a priority. For the families affected by unfair trade practices, like those laid-off steelworkers in Granite City who are missing mortgage payments and are at risk of losing their homes, relief cannot come soon enough.”

Duckworth recently met with Mr. Ross to discuss how the Commerce Department would tighten rules-of-origin standards and use his office to initiate trade disputes, if Ross is confirmed, which will prevent outsourcing and keep jobs in America. Duckworth also used her questioning to emphasize the importance of supporting minority-owned businesses through the Minority Business Development Agency.

“It is essential for the Commerce Department to give the Minority Business Development Agency the support it needs to help minority-owned small businesses expand,” Duckworth said. “These businesses are the backbone of our economy, and our government should do everything it can to encourage them to grow and hire more American workers.”