By ALAN J. ORTBALS
In 2016, the Carpenters Regional Council of St. Louis and Kansas City had its best year since 2007. 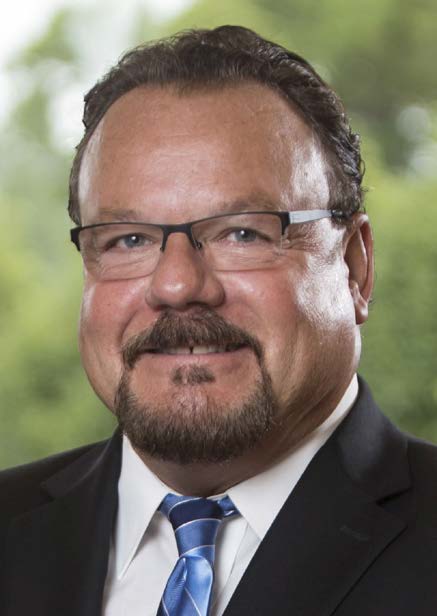 “It was a good year across the Carpenters Union,” said Albert Bond Jr., the union’s executive secretary-treasurer. “We put people back to work; our man-hours picked up; our contractors were busy; commercial construction, residential construction, carpentry, floor covering; every facet of our businesses and the members that we represent were all busy.”
Bond said his members logged 24 million man-hours in 2016 compared to just 17 million man-hours during the recession.
And the future looks strong as well. Bond pointed to multiple, large projects that will begin construction in the near future: the NGA, Ballpark Village, Cupples X, the new Centene headquarters, the new Saint Louis University hospital and the recently announced One Hundred on Kingshighway near the Chase Hotel.
If the Carpenters union has one problem amid all the prosperity, it’s partly due to the strong construction demand.
“We’ve got a double whammy,” Bond said. “We lost a couple generations of apprentices during the depression. We had members leave to go find work. They had to feed their families and they had to make some money, so they went to other fields. Then there’s the baby boom retirement,” Bond added. “As fast as we’re bringing them in, we’re losing them to retirements.”
Bond said that they are having a difficult time recruiting young people out of high school. Parents want their kids to go to college but that’s not working out well for some of them. Some, he said, are trading in the white collar for a carpenter’s tool belt. The average age of their apprentices is about 28 and they are seeing more and more of them with bachelor degrees.
“There’s a need for those guys with an education because there are so many ways that you can go in construction,” said Bond. “You can become a project manager, a foreman, a superintendent, maybe an owner or a vice president of a company. We are definitely in the market for young men and women to come into the trades.”
The fight against Right to Work is expected to intensify in 2017. With control of both houses of the legislature and the governor’s mansion, legislation is expected to pass quickly in the spring session. Missouri AFL-CIO president Mike Louis has announced a campaign to take the issue to the electorate with a referendum to amend the state constitution to put the issue to bed once and for all. Bond said the Carpenters union will stand in strong support.
“I just don’t understand why attacking working families is good for the state of Missouri or Illinois,” Bond said.