EDWARDSVILLE – With more than 51 years in the banking industry, and more than 40 years at TheBANK of Edwardsville, Bill Alexander retired from his position as executive vice president on Dec. 30. Alexander will remain on TheBANK’s board as well as a director of its holding company, The Banc Ed Corp. 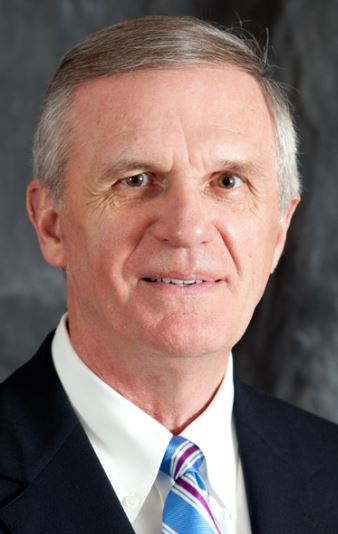 “It’s been a wonderful journey being a banker in my hometown bank,” Alexander said. “I’ve been so fortunate to be able to make life-long relationships with so many quality people – both fellow employees and customers – and to be a part of TheBANK growing from a small community bank into such a well-respected institution throughout the St. Louis metro area. I have truly relished the opportunity to serve people, and most importantly, to help people.”

Alexander thanked his fellow directors, and said he looks forward to continuing working with them to help shape the landscape of TheBANK well into the future.

“I want to express my sincere gratitude to my fellow directors, and especially the Cassens, Plummer and Shashek families, for all of their support throughout the years,” he said. “You don’t stay in one place for so long without help along the way, and I feel blessed to work with such a group of fine people.”

Outside of his day-to-day duties, Alexander served a multitude of charitable, civic and educational organizations at the local, state and national levels – as well as serving his country for a six-year stint in the United States Air Force Reserves as an Aeromedical Technician during the Vietnam Conflict, reaching the rank of Staff Sergeant. He has been a near lifelong member and supporter of Trinity Lutheran Church and School, was named a “Paul Harris Fellow” by the Edwardsville Rotary Club, and earned the “Distinguished Service Award” from the Edwardsville Jaycees in 1976.