“Buyers were significantly motivated in November, with the depressed sales numbers from October suddenly seeing a reversal,” said Illinois Realtors President Doug Carpenter of Mokena, managing broker of Coldwell Banker Honig-Bell in Orland Hills. “Sellers were the big beneficiaries of this surge in market interest, as buyers determined now that the election is over and interest rates might be moving higher, it’s time to finally make a decision.”

The time it took to sell a home in November averaged 62 days statewide, down from 68 days a year ago.

Geoffrey J.D. Hewings, director of the Regional Economics Applications Laboratory of the University of Illinois said “With the election finally over, consumers appeared to have responded with a significant growth in sales (year-over-year) and supply continues to be a problem, but prices of both regular and foreclosed properties increased and the forecasts suggest that these trends will continue into the first quarter of 2017.”

Here is the latest Monthly Home Sold Report from MARIS updated through Nov. 30 for the Greater Gateway Association of Realtors based in Glen Carbon. 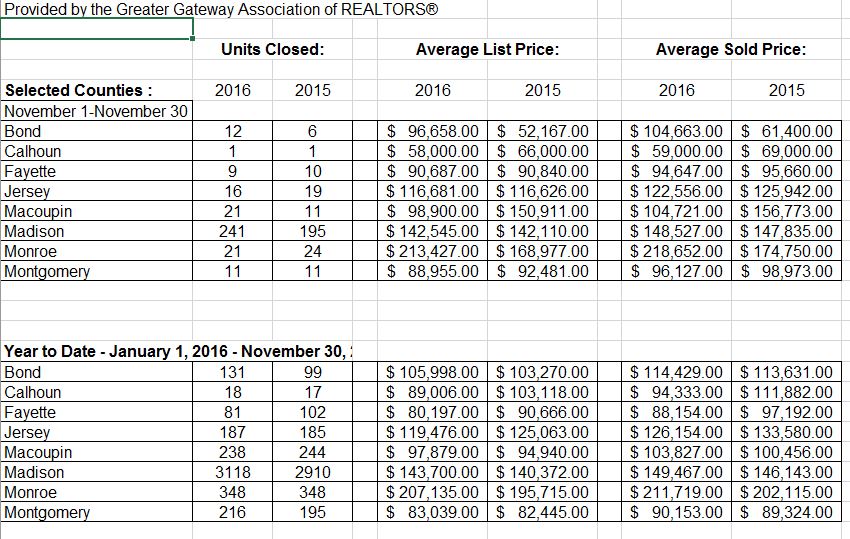