Like many individuals, Danny Smith has faced his share of battles and has struggled with ways of overcoming them. Thanks to expertise from the Illinois Metro East Small Business Development Center, Smith has founded a clothing and brand company, Built By Battle, to inspire others to tackle their battles and succeed. 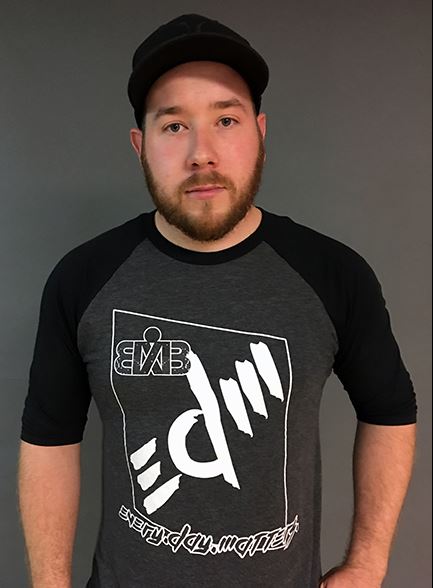 “We all have battles in our lives,” Smith (left) said. “It’s how we choose to face those battles that define who we truly are. We are all Built By Battle.”

“Built By Battle provides premium-quality apparel with a message,” Smith said. “We take pride in providing incredibly comfortable clothing for you to tackle whatever life brings you each day.”

Transitioning through career changes and tapping into his artistic and musical talents, Smith discovered that the common denominator of all his experiences was his passion and gift for encouraging others to persevere.

“During the darkest times of my life, I started going to the gym,” he said. “That’s when I realized the importance of investing in yourself. At that time, a friend shared with me the concept of a clothing company that was based on the premise of who people are at their very core.

“It inspired me. I was deeply motivated to create a comfortable line of clothing, but even more than that, a culture that encourages people to own their battles and overcome them.”

In 2015, Smith approached the Illinois Small Business Development Center at Southern Illinois University Edwardsville for expertise in setting his business plan and vision into motion. He met one-on-one for a confidential, no-cost business counseling session with Illinois Metro East SBDC Interim Director Jo Ann DiMaggio May and attended the SBDC’s low-cost workshop, “How to Start a Business in Illinois.” The two worked steadily toward Smith’s goal of founding Built By Battle. In April 2016, Smith launched his company.

“Jo Ann walked me through the business plan process step by step,” he said. “She helped tremendously. In addition to business counseling, the SBDC connected me with valuable resources including an intellectual property attorney, a videographer and more. I’m grateful to Jo Ann and the SBDC for helping me turn my vision into reality.”

May said working with Smith has been a rewarding experience.

“Danny has diligently developed his business,” said May. “He is connecting with many great people and creating brand awareness. We all face battles in our lives. Danny is proof that we can overcome them, and succeed if we work hard and build a support team around us. I am so excited for Danny and Built by Battle.”
Smith also plans to expand the Built By Battle business strategy to include public speaking on business, self- awareness and networking.

For more information about Built By Battle and for pricing, see the company’s website builtbybattle.com.

The Illinois SBDC at SIUE assists new businesses like Built By Battle and existing businesses headquartered in the nine-county Metro East region of Calhoun, Jersey, Madison, Bond, Clinton, St. Clair, Washington, Monroe and Randolph. It is a no-cost service to the community supported by the U.S. Small Business Administration, Illinois Department of Commerce & Economic Opportunity, and Southern Illinois University Edwardsville. Contact the Metro East SBDC at (6180) 650-2929 or sbdcedw@gmail.com.