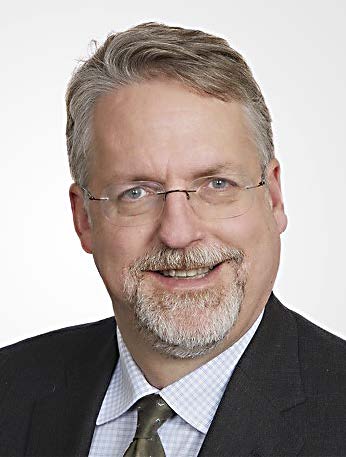 As an attorney specializing in labor and employment law for Jackson Lewis P.C., Thomas E. Berry Jr. says his biggest challenge is keeping abreast of laws that are constantly evolving.
The area of focus has expanded well beyond Title VII of the Civil Rights Act of 1964, which prohibits employers from discriminating against employees.
“Employers want to be legally compliant,” says Berry, “but there’s a lot more to that than there was 20 or 30 years ago.” Terms like “gender identity” and “sexual orientation” have entered the conversation. States and local governments are now addressing issues that were historically decided at the federal level. Matters such as minimum wage and the Affordable Care Act are complicating things for corporate management.
Berry has spent nearly 30 years focusing exclusively on representing management in employment-related issues at the federal, state and local level. He attended the University of Illinois (and remains a “long-suffering” Illini football fan) and Moritz College of Law at the Ohio State University. A lifelong resident of the area, he returned to the Metro East in 1989, finally settling in Edwardsville in 1995 with his wife and three children.
Berry had practiced at a “full-service” law firm before joining Jackson Lewis, which specializes in labor and employment law.
“We have expertise in labor negotiations, wage/hour issues, federal contractors and employee benefits,” he said.
He is one of eight lawyers in the St. Louis office, but there are more than 800 lawyers firm-wide in 57 offices throughout the country. Experts in all areas of employment law, and other states’ laws, are at Berry’s fingertips, he said.
Jackson Lewis’ relationships with Employment Practices Liability Insurance panels is another benefit the firm offers local employers. In recent years, insurance companies started prohibiting “non-panel” counsel from representing employers.
“You have a relationship with a client and advise them through an issue, but if they are involved in a legal dispute, you could not represent them in those cases,” he said. At Jackson Lewis, he is free of this limitation, advising clients both before and after a claim is filed.
Berry feels that being born and raised in the region gives him a better understanding of employment issues here, allowing him to better serve his clients. He has deep family roots in the region, with a history of community involvement. He is proud to be a third-generation United Way leader.