No, even unruliness and tedium have place in a democracy seeking the best candidates

By STEPHEN HANSEN
We have just witnessed the most vulgar and unrelentingly vicious presidential campaign of our lifetime. The 2016 election began almost two years ago, and we are all exhausted by the outright lies, empty platitudes and shrill claims of our political candidates. 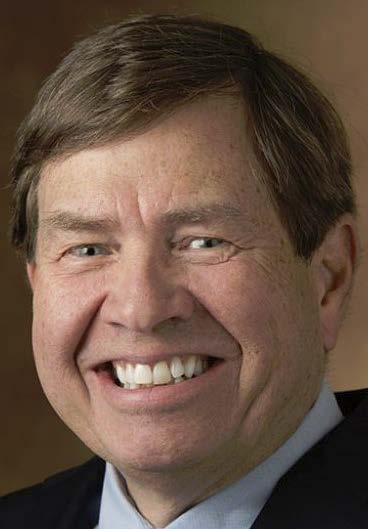 The length and ugliness of the campaign raises the question of whether there is a better way to manage our electoral process. As much as we would like a shorter and more civil election process, it would be a mistake to try to control political campaigning.
Those who argue for limiting campaigning look to a number of other democracies that successfully controls electioneering. In Germany, for example, political parties are permitted only two 90-second advertisements that can be shown on only two public television stations. The longest campaign in Canada lasted only 78 days. In England, campaigns last about a month. In Denmark, political campaigns are only weeks in duration. As proof of the effectiveness of limiting electoral campaigns, voter turnout in those nations is significantly higher than it is in the United States.
As interesting as these examples are, though, we are better off with our uncontrolled and inefficient process for choosing our elected officials.
There is no doubt that our electoral campaigns are long and boisterous. Many of us can remember the rancor of the 1968 Nixon campaign, the passion of the 1980 Reagan-Carter contest and the meanness of the 1988 Dukakis-Bush campaign.
Our electoral campaigns have been noisy and unruly since the beginning. In the election of 1800, Thomas Jefferson’s supporters called John Adams a “hermaphroditical character,” having neither the fortitude of a man nor the sensibilities of a woman. Adams’ friends, in turn, called Jefferson “a mean spirited, low-lived fellow, the son of a half-breed Indian squaw, sired by a Virginia mulatto father.”
The coarseness of American politics continued unabated during the Jacksonian Era. Congressman Davy Crockett accused future President Martin Van Buren of wearing a corset — and wearing it tighter than most women.
During the Sectional Crisis of the 1850s, Abraham Lincoln was vilified by political opponents. Lincoln’s physical appearance in particular was a subject of ridicule. One newspaper said Lincoln was “a horrid-looking wretch” who was “sooty and scoundrelly in aspect, a cross between the nutmeg dealer, the horse-swapper, and the nightman.”
In the post-Civil War Era, Republican James G. Blaine taunted his Democratic opponent, Grover Cleveland, with the chant “Ma, Ma, Where’s my Pa?” in reference to allegations that Cleveland had an illicit affair.
In the election of 1900, newspapers supporting William McKinley interviewed “psychiatric experts” who diagnosed William Jennings Bryan as suffering from “quarrulent logorrhea,” a term that meant that Bryan complained too much.
While these examples seem amusing and even quaint by today’s standards of political conduct, for their time, they were not. They were just as shocking to the American people then as Clinton’s and Trump’s lack of decorum has been to us. As famously caustic critic H.L. Mencken said about politics nearly a century ago, “a national political campaign is better than the best circus … with a mass baptism and a couple of hangings thrown in.”
Our electoral process being messy and boisterous is one thing, but being too long is another. The American campaign cycle is long for a couple of reasons. First, we know that we have a congressional election every two years and a Presidential contest every four years. Further, our system is based on majority rule and winner takes all. Because its winner takes all, campaigns are passionate. Combine the frequency of elections with the intensity of the campaigns and it seems as if the election process never ends.
Our election process is also long because of how we nominate candidates. Beginning in 1968, the political party changed the process of selecting candidates.  First the Democrats and then the Republicans moved to a primary system where voters, instead of political party “insiders” and “bosses,” largely determined who would be the party’s candidate.
As more and more states adopted the primary system, the election process lengthened. Although the first presidential primaries aren’t until January of a Presidential election year, candidates for President begin campaigning well in advance of the Iowa caucus. Ted Cruz, for example, began his campaign 597 days before Nov. 8, 2016.
While we can complain about the length and nastiness of our electoral process, it has many virtues. First and foremost, it is very democratic. Voters get to decide who each political party’s nominee will be. The days of party bosses making deals in “smoked-filled back rooms” are largely relegated to history books. It’s not in our best interest to eliminate the primary system in order to shorten political campaigning. The current process puts control in the hands of the voters, not unelected party hacks.
The length of the current electoral process also exposes all the warts, foibles and weaknesses of the candidates. Voters have the right to know about the positions and character of the candidates. Campaigning reveals to us what otherwise might be hidden, such as Donald Trump’s misogyny and Hillary Clinton’s emails. Without the bright lights of the campaign shining on the candidates, we could more easily be misled by politicians.
Yes, political campaigns are long, loud, ugly and even silly at times, but these tiresome nuisances are a small price to pay for the benefit of exposing bad ideas and bad political candidates.  Lengthy, rowdy and unruly electoral campaigns are a sign that our democracy is healthy, not in need of repair.
Stephen Hansen is a retired dean and professor of American history at Southern Illinois University Edwardsville, where he also served as the interim chancellor. He can be reached at shansen@siue.edu.