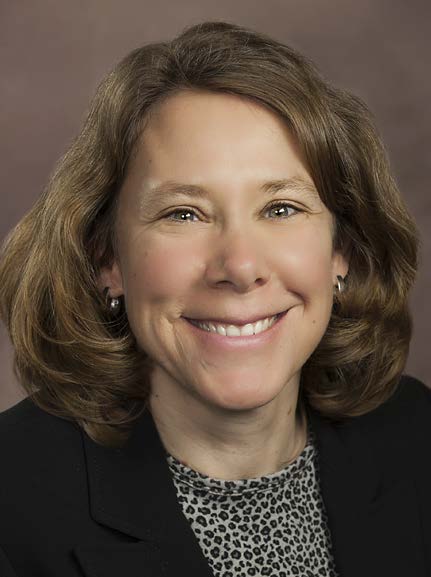 Jennifer Martin comes from a long line of attorneys. Her grandfather and father were partners in a small Centralia law firm. It was only natural that she would follow in their footsteps.
“For a little while I wanted to be a teacher,” she said. “It was the only other thing I thought about doing.” As she grew older and began helping her father, “I changed my mind.”
A Southern Illinois native, she grew up in Centralia, where people worked hard and treated each other with respect. “It was a wonderful place to grow up,” she said. She played the clarinet and piano and ran track and cross country.
An avid reader, she graduated from the University of Michigan in 1989 with a bachelor’s degree in English. She received her law degree from Emory University in Atlanta, Ga., in 1992.
It was while helping her father one summer that she became interested in environmental law. He was working with a group of clients seeking a permit and local siting for a pollution control facility, and she helped him prepare for the county hearings.
After graduation, she worked for the Illinois Attorney General’s Office in the environmental bureau for three years before joining Hodge, Dwyer & Driver. She left the firm when her husband accepted a position in St. Louis and she worked in the environmental practice groups of two St. Louis firms. When Hodge, Dwyer & Driver called and asked if she was interested in coming back, she accepted.
The firm merged with Edwardsville-based HeplerBroom in 2016. Today, her practice focuses on real estate transactions and environmental litigation. She enjoys working through the various issues presented in transactional and litigation matters, including negotiating environmental cleanup liabilities and responsibilities.
“It combines legal principles with interesting technical issues,” she said of the field, adding that it’s constantly changing. “It’s very challenging.”
She and her husband, Brian, live in Collinsville with their three children, and she is active in her church and community.
She encourages her children to find something that they love to do and to do the best that they can at it. She had a wonderful teacher who encouraged her students to push the boundaries, and she wants to pass this on to her children.
“My hope is that they find something that challenges them and gives them a chance to work with great people, as I’ve been able to do,” she said.