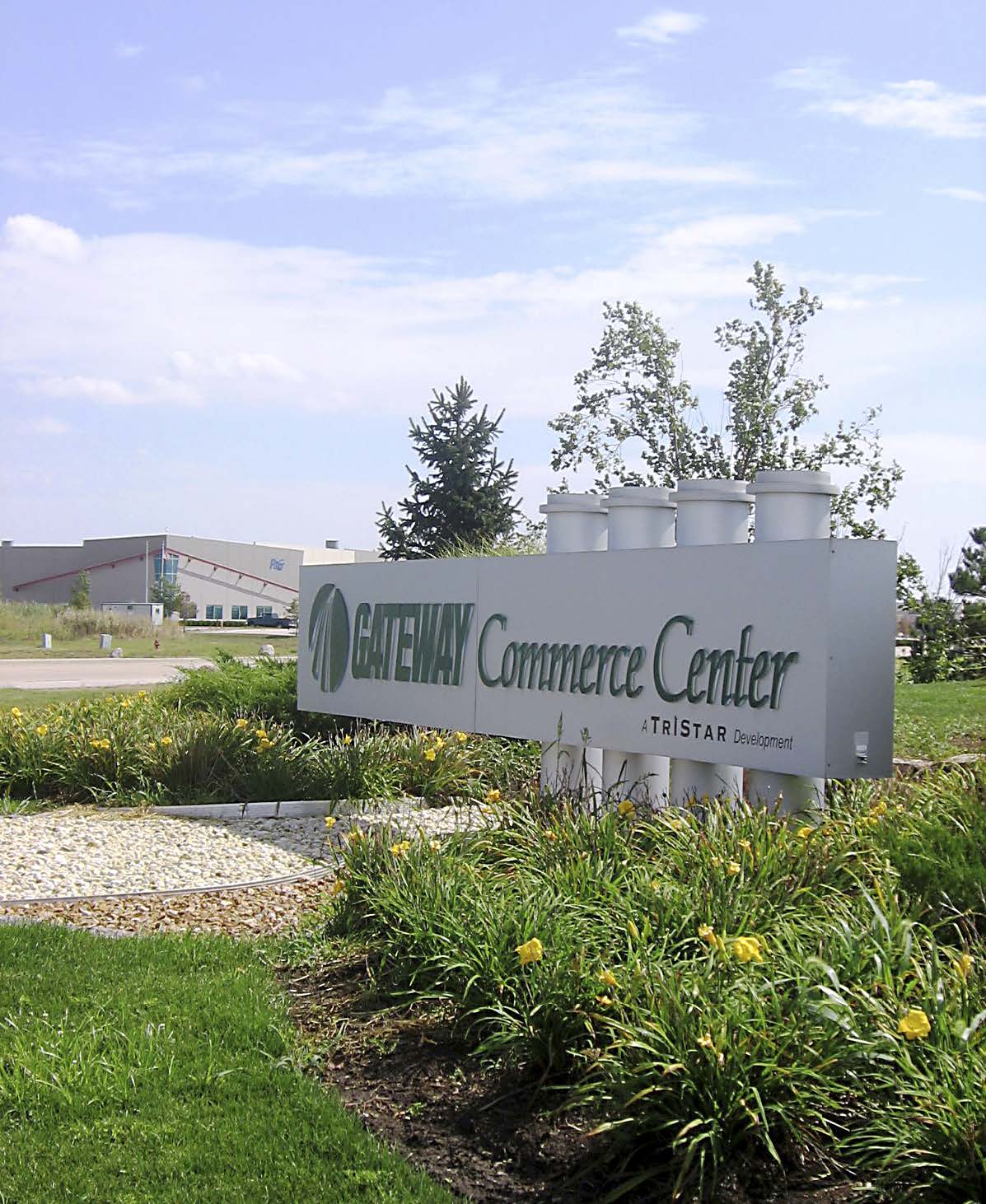 Metro St. Louis is a hot spot for industrial real estate, according to a new report by Cushman & Wakefield, a global real estate services firm.
The St. Louis metropolitan area tied for sixth in the nation in terms of industrial space leased in the third quarter. With 3.3 million square feet absorbed during that period, it ran ahead of Seattle, Boston and Phoenix.
“It’s a good time to be in the industrial real estate business in St. Louis,” said John Sheahan Jr., a principal with NAI Desco, a full-service commercial real estate brokerage firm serving Eastern Missouri and Southern Illinois.
It’s a good time to be in the industrial real estate business in general, according to the C&W report. Nearly 75 million square feet of space was leased across the nation during the third quarter. That figure was a 29 percent increase over the same period last year with year to date numbers being 18 percent higher than 2015. This marks 26 consecutive quarters of net occupancy gains, according to the report.
Kevin Thorpe, Cushman & Wakefield’s chief economist, says that despite a series of shocks to the U.S. economy this year and uncertainties surrounding the U.S. presidential election during the quarter, economic fundamentals remain mostly solid.

“For the most part, the industrial demand drivers remain firmly intact,” Thorpe said. “The indicators that we monitor, such as containerized traffic flows, transportation indices and consumer confidence, are still trending in a positive direction, which should continue to translate into robust industrial leasing activity.
“Clearly there are risks and headwinds that confront the sector,” Thorpe said. “Exporters continue to face a stronger U.S. dollar, global economic weakness persists, and businesses continue to deal with elevated inventories.  But these aren’t new challenges, and we still see the positives outweighing the negatives in the industrial market.”
A large part of the St. Louis statistic was driven by Gateway Commerce Center and Lakeview Commerce Center, both in Edwardsville. Amazon leased more than 1,400,000 square feet spread over two buildings between the two industrial parks. Both buildings were built speculatively without tenants waiting in the wings. “Spec buildings” as they are referred to, however, are limited to the very large sizes, generally, a half million square feet and up. There’s a strong demand in the St. Louis area for industrial buildings in the 30,000-square-foot to 50,000-square-foot range, Sheahan said, but owners shy away from building that size without a tenant already on the lease.
“I’ve got a client with a site in Earth City,” Sheahan said. “He’s not going to build a spec building. If someone came along who would lease 35,000 to 50,000 square feet, he would build it. But, they are not the big developers. They don’t feel good about spec right now. If they had a lead tenant, they would build it.”
Strong demand for space is pushing rents higher, according to the C&W report. Rents increased in 66 of 79 markets that are tracked by Cushman & Wakefield during the third quarter. And, they say, rents are now at historic highs on the national level.
John Morris, Cushman’s executive managing director and lead for Logistics & Industrial Services for the Americas, expects the industrial sector to continue to outperform the real estate market and the overall economy.
“For almost 20 years, from 1993 through 2011, U.S. industrial net absorption tracked GDP very closely,” Morris said. “The two metrics have had a tight correlation, with absorption essentially mirroring GDP growth, lagging by perhaps a quarter. Since late 2011, however, this connection has been broken, as net absorption outperformed the economy. Ecommerce; urbanization; last-mile; same day delivery; and similar phenomena affecting our business, all of which are new, are busting older market paradigms, all to the benefit of the industrial real estate market.”
On the development front, 159 million square feet of industrial space has been built in 2016, with nearly 60 million square feet of it coming online in the third quarter.
“Demand for modern, functional distribution space remains red hot and developers are hustling to provide it,” said Jason Tolliver, Cushman’s head of Industrial Research for the Americas
And more is on the way in metro St. Louis. On the Missouri side, Sheahan said that two, half-million-square-foot spec buildings are going up near St. Louis Lambert Field. And another large spec building is planned as part of a 294-acre development on the site of the former Chrysler auto plant in Fenton, Mo.
In Illinois, two other buildings are going up alongside Amazon in Gateway Commerce Center. A 520,000-square-foot building has just been completed to the east with 40 percent of it leased to DB Schenker. DB Schenker, which provides logistics services worldwide, runs the Procter & Gamble operations in Gateway. The new building is not connected to P&G. The user has not yet been identified.
Another is going up just to the north and will have 624,000 square feet. No tenants have committed yet. It is scheduled for completion in December. Both are expandable up to 1 million square feet.
Sheahan says signing tenants like Amazon can really propel an industrial park.
“Amazon has done a lot of deals across the country,” Sheahan said. “When you get Proctor & Gamble, Hershey, Amazon and other names people recognize, it adds credibility to the park. Worldwide Technology is in that neck of the woods, too. Without a doubt, the more Fortune 500 companies that come in there, the more credibility it has as a distribution center.”

BELLEVILLE — Hans Moosa, M.D., a board-certified vascular surgeon on Memorial Hospital’s Medical Staff received the Matthew B. Eisele, M.D. Physician Excellence Award at the Medical Staff’s Annual Dinner.
This award was established in 2007 to recognize a physician on the staff who exemplifies dedication to medicine, quality care and the community.
Moosa was chosen from among nine nominations submitted by employees, peers, Auxiliary and board members.
Dr. Moosa has been a member of Memorial’s Medical Staff since 1991; most recently having served as its president from 2014-2016.  He also is medical director for Memorial Medical Group.

LTON — Southern Illinois Healthcare Foundation has announced that Jamie Hardman, M.D., has joined the Obstetrics and Gynecology department at Alton Women’s Health Center at 2 Memorial Drive, Suite 122.
Hardman earned her medical degree and performed her residency in obstetrics and gynecology at Meharry Medical College in Nashville, Tenn. She is a member of the American Medical Association and the American College of Obstetrics and Gynecology.
She is accepting new patients at Alton Women’s Health Center, (618) 465-2550.