“The holidays are such a special time of year,” said Mike Gross, president of the Realtor Association of Southwestern Illinois. “If you are on the fence about fulfilling your dream of homeownership, now is a great time to dive in. Home prices are steady, yet affordable, and interest rates are still low. Homes are also selling much quicker than they have been, so take advantage of what the market offers soon.” 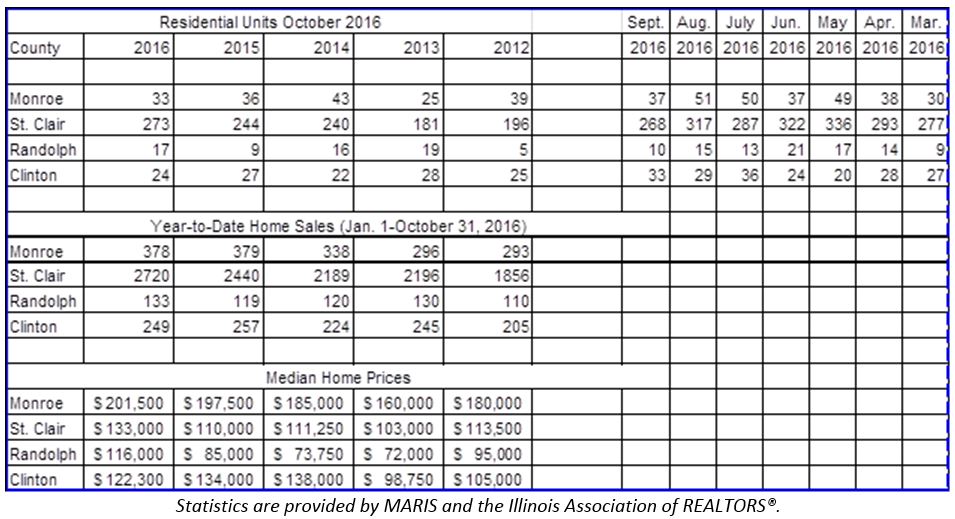