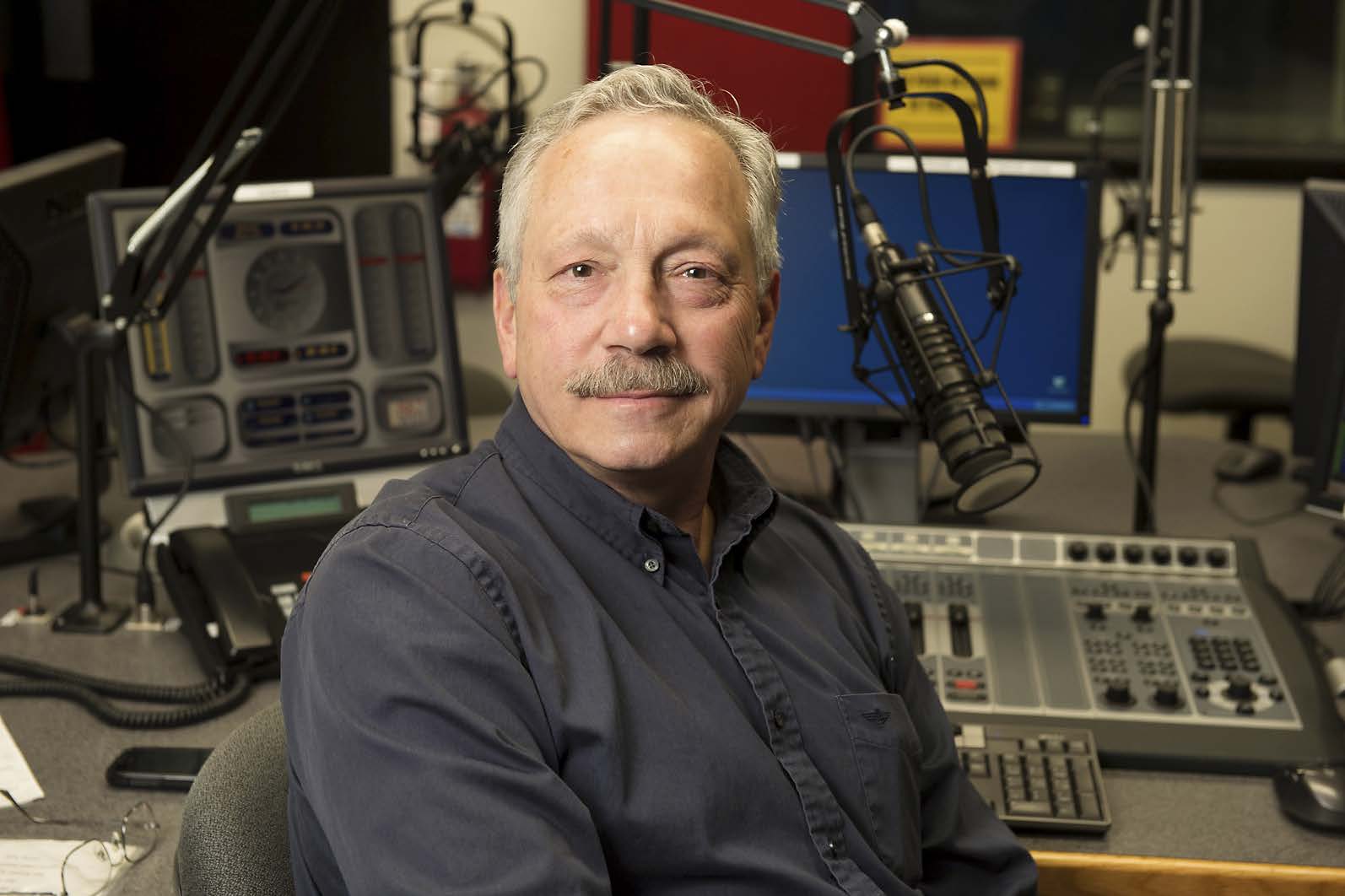 EDWARDSVILLE — The sounds of a campus institution still reverberate over 88.7 on the FM dial. But they are strained these days.
The longtime jazz format now blends with other sweet chords as WSIE tries a new niche — even as it attempts to find its way out of difficult financial times.
Today, the station bills itself as The Sound, a blend of jazz and blues and local talk shows. Management says fans like it, and the change could determine how long the station can keep going.
State of Illinois budget woes and support from local listeners and businesses will have a lot to do with the station’s endurance, interim General Manager Steve Jankowski says.
He describes the station’s situation as “very precarious.”
“From what I’ve been told, come July 1, the state support for salaries will all but disappear, meaning the station will be responsible for paying all of its bills. If we can’t demonstrate that we can generate $150,000 a year (in operating costs) and show a consistent trajectory upward, the university has bandied about the possibility of selling the radio station,” he said.
Jankowski, a television fixture from his days as a reporter at KSDK in St. Louis, cut his teeth in radio as a student at SIUE in the 1970s. He left KSDK in 2006 for the job as alumni director at SIUE.
When his alumni post was eliminated Oct. 28, 2015, he was given a one-year role as director of financial planning of the radio station.
Just weeks later, in December 2015, Greg Conroy retired as general manager of WSIE.
“They asked me if I would serve as the interim general manager.  My contract was supposed to run out on the 28th (October 2016). That Friday I would have been out of here and in retirement,” said Jankowski, 64. “But the powers that be like what we’re doing over here so they extended my contract through next June. I have at least another eight months to work here,” he said.
Jankowski and Daryl McQuinn, the longtime chief engineer, are the only full-time employees. Their salaries are borne by the state — and on the chopping block as the result of the state’s fiscal outlook.

Other operating costs are paid for through underwriting (ads) and donations. Some students do hourly work but are paid through student employment.
Jankowski is in position to have his contracted extended again, but only if it’s apparent the station can be made self-sustaining by July 1, 2018.
The station is not the only threatened institution on campus. Everything that is deemed as a “third tier” operation is subject to elimination if it can’t be made self-sustaining.
For the station’s part, a strategy is in place and Jankowski is actively pursuing it.
“We’re going directly to the business communities. For instance, we have a relationship with the Edwardsville/Glen Carbon Chamber. We promote them and get their mailing list and can communicate with members. I’m mailing direct appeals to the business community and to the audience for donations.”
Every hour on the top of the hour, WSIE broadcasts a recorded pitch by the GM, telling of the radio station’s need for support.
“We don’t really have a marketing budget,” Jankowski said.
WSIE has lovingly been called “Wizzy” by a couple of generations of college students who wandered down to the basement level of Katherine Dunham Hall for instruction in real life radio. It was a part of the College of Arts and Sciences until 2008, when that department divested itself of the station. It’s now under control of University Marketing and Communication.
Meanwhile, supporters are looking at many avenues to generate revenue.
“We’re trying to get somebody in here eventually to work on a commission basis to actually sell ads for the radio station, but we haven’t got approval yet,” Jankowski said. His idea would be to use students from the School of Business to help, possibly as coursework.
Some have projected that the station could pull in as much as a half-million dollars a year in support, with the right effort. But right now, the station is only generating about $3,000 to $6,000 a month in advertising and donations, he said.
A letter sent in February to all mass communications graduates generated some money.
Several new underwriters have come on since the format change, but a couple others have left because of it, he said.
All of the content is preprogrammed and coordinated by computer.
The station has talked about the potential for broadcasting Edwardsville High School football games, giving student broadcasters a chance to sharpen skills, but it wasn’t able to pull the project together for this season. Next fall remains a possibility, he said. Such an effort could pull in further advertising.
The station also broadcasts several Cougar sports events.
Students are now more involved with the station than they have been in a long time, as volunteers or as paid voice trackers.
Jankowski has developed an independent study program in conjunction with the Mass Comm program that allows students to immerse themselves in radio education, learning everything from licensure to engineering to voiceovers to rate cards to programming clocks.
Jankowski said he would love to put up a “wall of fame” to WSIE alumni who went on to career success. The long list includes: Dewayne Staats, the broadcast voice of the Tampa Bay Rays; Peter Maer, the CBS correspondent; Paul Schankman, who just ended a long career as a reporter with KTVI; Bob Mueller, a multi-Emmy award winning news anchor in Nashville, Tenn; and Pete Delkus, the chief meteorologist with a Dallas TV station.
WSIE, which is a non-commercial, public education station and hasn’t had a lot of public affairs programming in recent years, has started inviting members of the community to be part of the programming.
Recently came return of a show called “Segue,” featuring Chancellor Randy Pembrook and Dean of Arts and Sciences Greg Budzban, talking about campus and community issues.
Also new is a financial show called “Financial Café,” featuring local businessmen Larry Lexow and John Graney. It’s sponsored by The Chef’s Shoppe in Edwardsville. They talk investments — and rate the coffee from the store.
Another local-focus show, “Voices,” featuring Hank Thompson, Cynthia Todd and Mike Jones, discusses a unique blend of politics and culture.
There’s also talk of establishing a repertory theater that could enlist students from radio, theater and elsewhere to stage on-air soap operas, written by students.
WSIE, the 50-kilowatt radio station licensed to the SIU board of trustees, went on the air Sept. 4, 1970. The signal penetrates much of the Metro East and a large swatch of St. Louis and suburbs. The station could also use a new transmitter to replace the 30-year-old model on campus, he said.
Individuals may make donations to the WSIE Development Fund by visiting www.wsie.com and clicking on Support. For more information, contact Jankowski at (618) 650-3607 or stejank@siue.edu.