By DENNIS GRUBAUGH
SWANSEA — Dan Krankeola, the not-so-new man at the ILLINOISouth Tourism bureau, has done a little of everything on his way to the chief executive’s job. 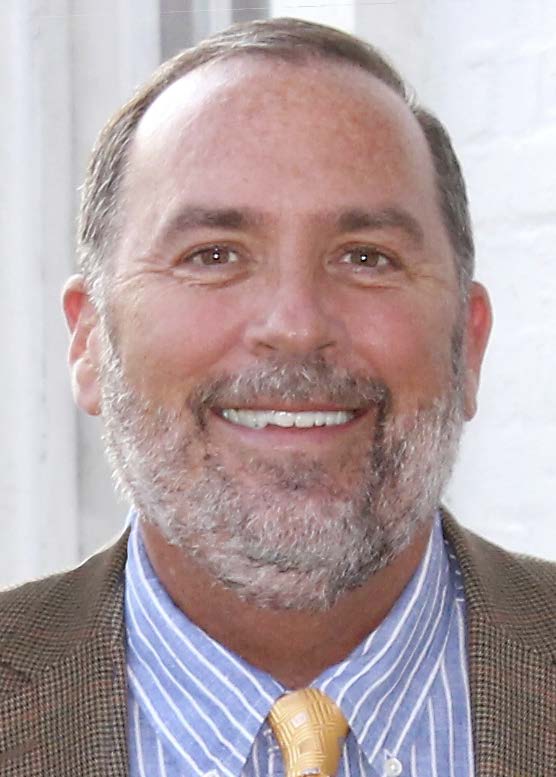 That includes traveling to all 22 counties served by the agency — a lot of tire tread but an enjoyable ride, Krankeola says.
“It’s a great area. We cover over 10,000 square miles, believe it or not,” he said.
Krankeola, 54, was named president and CEO on July 1, replacing the retiring exec, Jo Kathmann, a woman who held the post for 14 years and one he deeply respects as a mentor.
It was Kathmann who brought him aboard in 2009, starting in sales. From there he had roles of increasing responsibility.
It was not a total career change. From 2006 to 2009, he was a partner in the McLozzi Deli and Marketplace in the Benton Park neighborhood of St. Louis. Before that he spent 18 years with Maritz’s travel services, getting to know the world at large.
When it became obvious in 2009 that the deli would be closing, he began looking for an option and was hired as sales manager for what was then known as the Southwestern Illinois Tourism bureau.
“Back then we were 10 counties. Then we wound up merging with the Southeastern Bureau back in 2011 (forming ILLINOISouth), which brought us up to 19 counties,” he said.  Three more counties have since been added. The territory stretches across the state, from Metro East to deep Southern Illinois, but not its southernmost counties.
In 2015, he took on additional responsibility for marketing and in-house publications. A “Tourism Times” news magazine comes out three times a year and the annual Visitor Guide in January.
Two sales managers were hired recently, and another person will take over the publications, leaving him time to oversee the operation.
Born and raised in north St. Louis County, he now lives in the Benton Park neighborhood of St. Louis, a short commute to the bureau’s offices in Swansea.
In this part of Illinois, he knows the geography about as well as anyone.
“We cover all the way across the state to the Indiana border,” he said. “We’ve got a lot of unique things over here that the St. Louis area does not have, and it is kind of neat to promote our activities to the St. Louis area.”
Half the bureau’s budgeting dollars come from the state of Illinois. This year’s budget is $1.7 million. Much of the rest of the budget is made up with the help of “tourism partners,” via memberships and advertising.
The state’s money problems have made things challenging, but the recently approved stop-gap budget puts them on better footing and makes it more likely that the bureau will receive anticipated funding through June of next year.
“We’ve had to watch our dollars. We wouldn’t say we’ve really canceled major things, but we’ve shifted in terms of priorities and time lines,” he said.
In all, the bureau employs a finance director, graphics coordinator, two sales people, an executive assistant and a visitor services coordinator.
The board of the tourism bureau is made up of two appointed members from every county, one each from the private and public sectors, appointed by county board chairmen. Because of people retiring or stepping down, the board generally has about 36 to 38 members at any time.
“We hold quarterly board meetings here at our office,” Krankeola said.
The 22-county area offers unique richness, from art fairs to festivals to wineries. There are also a few oddities.
“We’ve got the white squirrels of Olney,” he said. “We’ve got the world’s largest attractions in Casey, Ill. — the world’s largest rocking chair, the world’s largest mailbox, the world’s largest wind chime, a pencil, a golf tee, crochet knitting needles. They are building these from scratch. They’ve got quite a niche for themselves.
Larger anchors include Carlyle Lake in and around Clinton County and DuQuoin fairgrounds in Perry County, both playing host to many events.
As people cross the state, some of the territory is more rural. “But they still have the events they like to promote, the simple attractions,” he said. Some events are based on years of tradition and some are new.
“With the way the state has been with funding, some of the events are a challenge to pull together, but they are constantly trying to create new things for themselves to promote tourism within their communities,” he said.
ILLINOISouth does its part by marketing the events. The agency works largely through radio station advertising and social media.
Compared to St. Louis, which markets itself mostly as a metropolitan attraction, ILLINOISouth promotes each of 22 counties. And Krankeola said he works hard to educate community leaders about the bureau’s services. Mayors and other leaders continue to turn over, he said, making the mission an ongoing one.
“It’s a constant meeting of people,” he said.
He was asked if this could become his retirement job.
“When I first interviewed, one of the coworkers asked me, ‘Where do you see yourself five years from now?’ I said I just looked forward to making the best decisions I can every day. We’ll see how far down the road (retirement) comes. Being the leader you have to focus on the future. Right now things are looking forward for the bureau and I hope they continue.”