“We are rapidly entering the age of no privacy, where everyone is open to surveillance at all times; where there are no secrets from government.” — U.S. Supreme Court Justice William Orville Douglas, Osborn v. United States, 385 U.S. 341 (1965)

By CURTIS R. BAILEY
Do government investigations outweigh business privacy in cases involving requests for cell phone, or otherwise private, digital information? No, or, at least, not always. 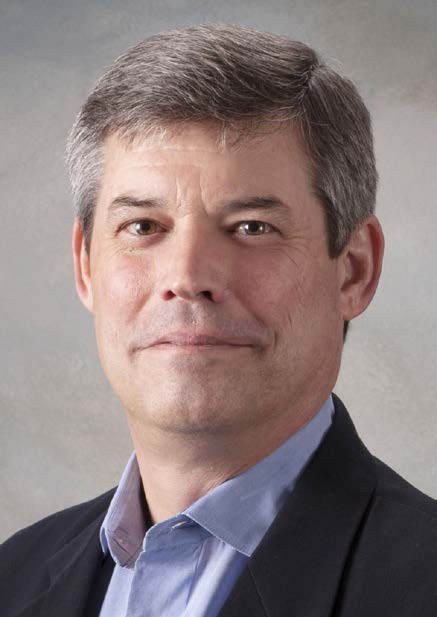 The right to privacy is a fundamental human right that that has been recognized for centuries. The law of privacy can be traced back to as early as 1361 with the Justices of the Peace Act in England. In 1776, the Swedish Parliament enacted the “Access to Public Records Act,” which stipulated that information held by the government could only be used for “legitimate purposes.” In 1890, Samuel Warren and Louis Brandeis (who later became a U.S. Supreme Court Justice) wrote in the Harvard Law Review that privacy, “the right to be left alone,” was the most cherished of freedoms in a democracy. Warren and Brandeis also wrote that privacy rights should protect both private individuals and businesses.
Even though the word “privacy” is not used anywhere in the text of the United States Constitution there are limits placed on the government’s intrusion into an individual’s right to be left alone. For example, the Fourth Amendment protects against unreasonable searches and seizures, and the First Amendment protects the right to free assembly.
Two recent events have sharpened the debate over privacy rights particularly in the realm of digital information. The first was Edward Snowden’s revelations in 2013 about mass surveillance programs conducted by the U.S. government. Whether you applaud or disapprove of Snowden, these disclosures have caused a lively debate about privacy and warrantless domestic surveillance conducted by the U.S. government.
The second event was the 2015 shooting attack in San Bernardino, Calif. On Dec. 2, 2015, 14 people were killed and 22 injured when Syed Rizwan Farook and Tashfeen Malik, a married couple, stormed a training event and Christmas party. Farook was an American-born U.S. citizen of Pakistani descent. His wife was a Pakistani-born lawful permanent resident of the United States. During the FBI’s investigation, it was determined that both had become radicalized and expressed a commitment to jihadism and martyrdom even though neither was a part of any terrorist network nor were they directed by any terrorist group.
Two months after the attack, the FBI announced that it was unable to unlock one of Farook’s cell phones, an IPhone 5C, because of the phone’s advanced security features. The FBI asked Apple to create a new version of the phone’s operating system that could be installed on the phone (commonly referred to as a “backdoor”) to disable certain security features. Apple declined, stating that to do so would undermine the security features of its products. The FBI then sought a court order requiring Apple to comply. Apple opposed the order, but before any ruling was issued, the Department of Justice announced that it had unlocked the phone and withdrew its lawsuit. There are reports that the FBI spent at least $1 million to unlock the phone. Naturally, public opinion was split virtually down the middle: 50 percent supported the government, 45 percent supported Apple, and 5 percent had no opinion.
Since the San Bernardino shooting, the debate continues to rage. The FBI wants to be able to access every American’s cell phone and otherwise, obtain digital information, for law enforcement purposes. Privacy rights groups and the vast majority of technology companies oppose building a “backdoor” for government access into devices.
The right to individual privacy is so important that businesses absolutely owe it to their customers to protect the personal information entrusted to them. Even though it may not be an absolute right, the right to privacy is vital to protect other fundamental human rights. When we lose control of our personal information, we lose control of an aspect of our own lives and particularly, lose control over the access others have to our lives. This is an affront to dignity each one of us has as individuals.
Personal privacy is a crucial counterbalance to the power of the government over our lives. The scenario painted by George Orwell in “1984” comes to mind where mass surveillance was used to keep citizens under rigid control. That is far removed from a thriving democracy where the authority of the government rests on the consent of the governed. One of the unique features of a democratic society is the ability of the people to develop and communicate diverse ideas and values. When government has complete access to our personal information, there is a chilling effect on that free expression of ideas.
However, even in a democracy, surveillance of “undesirables,” dissidents, and those we simply do not like at the moment, can lead to oppression. Remember that during the Vietnam conflict, the NSA kept records on about 75,000 Americans, including civil rights activists and members of Congress. Another stark example is the internment of more than 100,000 Japanese Americans during World War II.
Allowing government “backdoor” access to information also leads to the possibility of data falling into the wrong hands. This has become even more important because many companies today utilize end-to-end encryption of data on their devices. Allowing a “backdoor” accomplishes nothing but leaving a door open for other intruders to access an individual’s private information and using it for illegal purposes.
Are there circumstances where government has a superior interest in collecting this kind of information? Certainly there are, but there must be procedural safeguards in place to ensure that the government does not act arbitrarily. If businesses allow the government to have secret access to digital information without any kind of procedural safeguard, one of the essential pillars of a free, democratic society is destroyed.
Attorney Curtis R. Bailey is of counsel to Huffman Law Offices, P.C. in Shiloh.