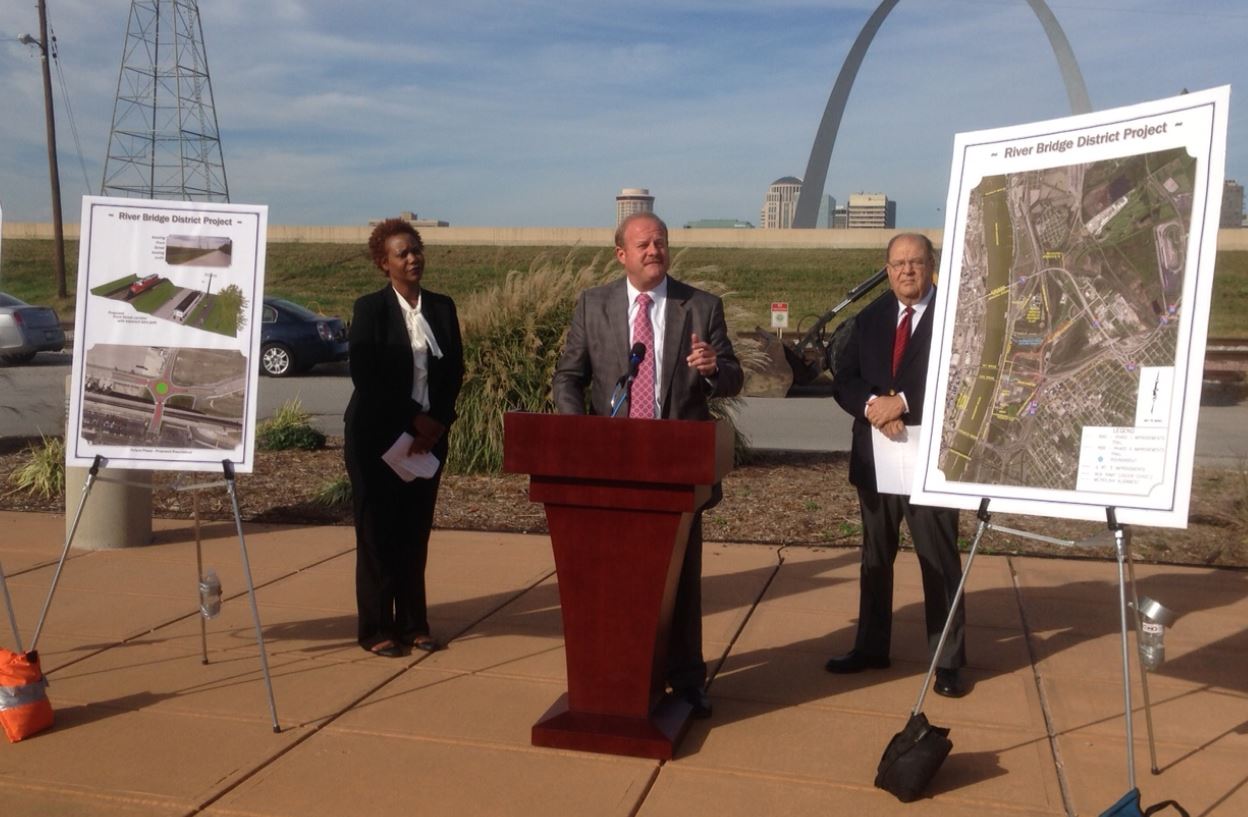 Officials today broke ground on an $8.1 million public-private partnership project that they say could improve East St. Louis’ status as a transportation hub and become a magnet for riverfront development.

The so-called River Bridge District Project involves an overhaul of Front Street, from Trendley Avenue in East St. Louis to its dead-end in Fairmont City. Because Front Street is a key riverfront corridor it will serve the burgeoning commercial traffic being generated by two major grain businesses, Cargill and Bunge-SCF.

In addition to improving the mile-long stretch of Front Street that links the two businesses, the project will address some connecting roads and also open up several hundred acres of undeveloped, newly accessible ground that is considered appealing to other agribusiness and distribution companies.

Cargill, Bunge-SCF and the nearby Casino Queen are all contributing $500,000 to the project. Other backers include the Economic Development Administration, $3,537,052; the Illinois Department of Transportation (TARP funds), $124,795; the Southwestern Illinois Development Authority, $1.5 million; St. Clair County Transit District, $900,000; and the Metro East Park and Recreation District, $500, 000.

The project is considered the final piece of major infrastructure improvements in that sector, including the pending relocation of Illinois Route 3 and the 2014 opening of the Stan Musial Veterans Memorial Bridge.

Illinois American Water Co. is already in the process of building a 36-inch water line west of Front Street to replace a line that now runs under Front Street, which will allow for the roadway to be reconstructed.

The road will be widened to 30 feet from its existing 20-24 feet so it can better handle heavy truck traffic. An estimated 400 trucks currently use the road and that number is projected to grow by 30 percent given market conditions.

All of those streets will be 24-feet wide when finished.

The work is expected to enhance access for patrons and employees of the casino, providing separation of heavy commercial traffic from other normal public movement. Instead of using River Park Drive, the road that leads past the casino’s main entrance, truck traffic will come down Trendley Avenue (several blocks south of the casino) to Front Street and head north where they will have direct access to a relocated leg of Route 3.

A new roundabout is planned on River Park Drive near the casino and aims to further cut down on traffic congestion. That is included in a second phase of the project.

As part of the rebuilding of Front Street, a separated lane for pedestrian and bike traffic will be built and will tie into the park.

The mayor stressed that a project team under Kern’s direction has increased the minority participation goal for the project from 12 percent to 20 percent.”

“We fully expect that some of these jobs will bring more prosperity and experience to my citizens,” she said.

Cargill has been in business on Front Street many years. Bunge SCF is a fairly new arrival.

“Many of you know that over the recent years, the surrounding area has seen millions of dollars in transportation infrastructure investment — much of its actually visible from this very spot,” Kern said. “The policy strategy here is to return this area to the strategic center as a prime location for smooth and convenient transportation efficiencies. Ultimately, we believe this investment will continue to spur the robust expansion of business, leading to economic health and local prosperity.”

Nations said the unique public-private partnership is just “the kind of growth that SWIDA hopes to be involved in, serving the growth and economic expansion of the community.”

BELOW: a look at the planned road improvements and how they tie in to other recent infrastructure improvements. 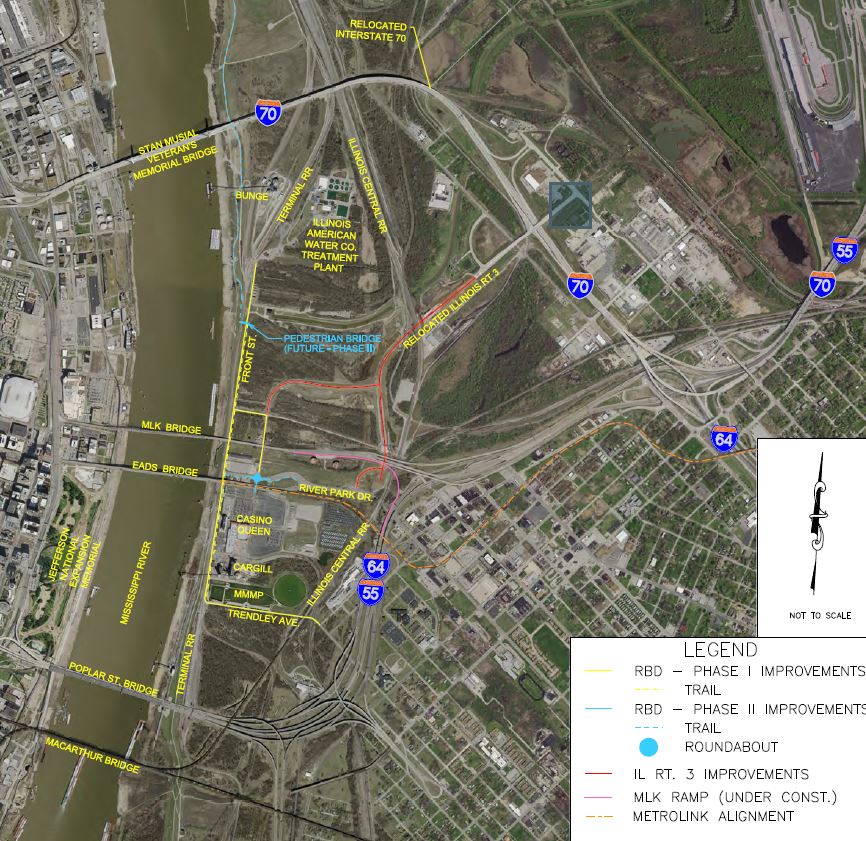