By DENNIS GRUBAUGH
BELLEVILLE — Peer 151, Metro East’s first broad-based effort to tap into the local startup world, is already proclaiming some success stories, even as it adapts to a challenging marketplace.
Barely a year into its existence, the coworking and collaboration space at 15 N. First St., helped at least four businesses get off the ground, saw tremendous use of its training room and drew in both an attorney and an accountant who are aiding the on-site process. 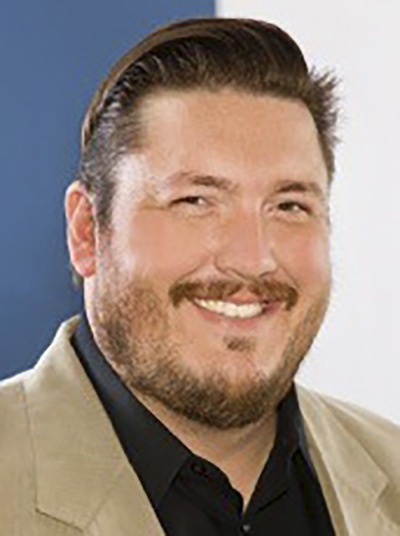 But there is a lot of work still to be done, Executive Director Chris Oswald said.
Much of that simply involves getting the word out to people who need a place to do their work outside the home, or a place to gain valuable insight into starting a business.
“I have no way of knowing how many people work from home in Metro East. That’s a challenge,” Oswald said. “On the St. Louis side, there is an active market of millennials who know they want to work in coworking space and are actively looking for one.
“But because we’re first to market, the challenge is, first, to let them know we exist and then to talk to people who have been working from home for some time. And to show why coworking would be a good option for them.
“It’s the challenge associated with being first to market,” he said. First to market means a market that has yet to be developed and a working public that has yet to realize the need for it.
Oswald spends a lot of time on social media, reminding people of Peer 151’s services.
“We’re really just trying to educate the market at this point,” he said.
Peer charges set fees for people who care to use either the training facilities or the coworking space. Memberships are available for regular use.
At any given time, Peer 151 has some 15 of its members in the building, which Oswald said is pretty good for the size of the business and the progress it’s made in the first year.
The 48,000-square-foot building is the historic Turner Hall, known by most people around Belleville as the old YMCA, but today used by owner Kurt Artinger, for his business, Replacement Services LLC, and, for the last year, as a hub for startups.
Artinger’s business is on the first floor. The second floor is devoted to separate spaces for coworking and training. Considerable expense has gone into remodeling the 90-plus-year-old building.
Some 5,000 square feet of the second floor is devoted to coworking space. For $125 a month, members get access to space during business hours, as well as access to utilities, Wi-Fi, coffee bar, a break room with a beer bar, conference room and CEO guest speakers, among other things.

Peer 151 serves as a common space in which like-minded businessmen can link up to learn how to improve their individual businesses.
Artinger has called it a “water-cooler collaboration that didn’t exist 30 years ago.”
Starting long before the operation opened last fall, Artinger and Oswald were hard at work on a business plan, getting advice from a cross section of business experts around the region.
The building’s facilities are an alternative to a home office or traditional work setting, but the site’s training space has proven exceptionally popular. Numerous groups and businesses have taken advantage of the space, which features two projectors and seats about 60 people.
“We thought this would be an added benefit to our members for larger workshops or meetings,” the executive director said. “But then I started speaking to people in the community about the space and it turns out there’s not another space like this, easy to get to and easy to reserve and affordable. That’s been the biggest news in the first year, the community organizations and businesses in town that have used that space.” 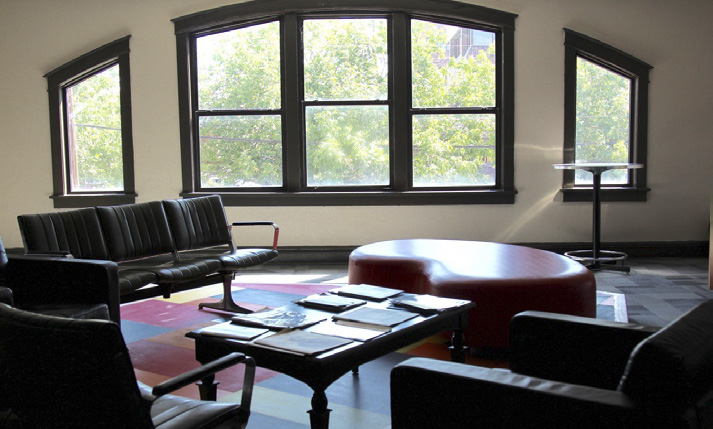 One business, Vertical Performances, a consulting group, uses the space all the time, he said. Some bigger names have also taken advantage, including the Belleville Chamber of Commerce, the Belleville CEO program, Leadership Belleville and Scott Air Force Base.
The space has become a hub for training events, workshops and social gatherings. One lighter moment came when a group of the people in the nearby coworking space used the meeting area to plan out their fantasy football draft, he said.
“It is the asset we didn’t see as helpful as it would become. Most small businesses have some need for a larger space. Not just to work in, but to meet people in and do workshops,” Oswald said.
The new meeting space is perfect for attorneys who want to conduct depositions and handy because it’s so close to the St. Clair County Courthouse, he said.
“That’s one of the things I’m trying to spread the word on,” he said.
Nonprofit groups get a free, one-time use of the meeting space. Others are charged around $200 for a day, assuming that no additional maintenance or set up is involved.
The meeting space “has been a great way for us to bridge between startups and existing businesses,” he said.
Oswald has been developing software that will eventually allow businesses and others to reserve and pay for the meeting space on line. “They can block out times or see what spaces are available. As demand increases, that’s what we’ll probably have to do.”
At the top of the stairs entering the second floor, visitors can turn to go to the meeting area or the opposite direction, to the coworking space where there are a series of desk and offices.
“The good news is that we’ve had about four businesses take shape in the coworking space in the last year,” he said. We didn’t expect that many. And we have an attorney (Ryan Wallis), who is full time in the space. He specializes in the legal issues of forming a small business.”
Lucas Shook, an accountant who advises new businesses on their tax situations, is in the space part time.
“They are both new, small businesses themselves,” Oswald said. “They are doing this independently for the first time.”
While there are a finite number of startups in Metro East, there are many established small businesses that need a fresh injection of imagination, innovation and encouragement, Oswald said.
“We’ve seen a number of small businesses come in and do a session with us so they can improve their business practices. The biggest difficulty of running a small business is that you spend so much time working ‘in’ your business that you don’t spend any time working ‘on’ your business.”
Businesses need to address growth, future problems and opportunities.
“What we’ve seen in helping startups in the Metro East is that we’re actually helping existing businesses adopt some of the helpful mentalities related to startups. Some of those strategies are applicable to everybody.”
Remodeling is mostly done in the first phase of the project, although two more private offices are being developed.
“Those are going to go quickly,” he said. “Basically for $300 somebody can come in, have their own address. Wi-Fi is included, cleaning is included, utilities are included. In downtown Belleville, with a 10 by 10 office.”
Remaining space in the building can be developed to suit prospective tenants, he said.
“We also have four private desks that we’ve made available, places where people can leave their stuff overnight, decorate, etc. That will give people a little more ownership and privacy. Those are $150 a month. That’s been the most requested thing.”
As the economy becomes more decentralized, startups are growing. “People are seeing they don’t have a middle man, so to speak, and can engage the market directly,” he said.
“I’ve given a lot more talks than I expected to. Whenever I go these organizations and talk about innovation, people are super excited and engaged.”
One visitor to Peer had some encouraging thoughts.
“We had a person come in who was studying coworking spaces. He told us by every account we’re ahead of the game,” he said.
Anyone seeking information about Peer 151 can call Oswald at (618) 795-1649 or email c.oswald@peer151.com.

Builder expo to give students, parents look at construction careers