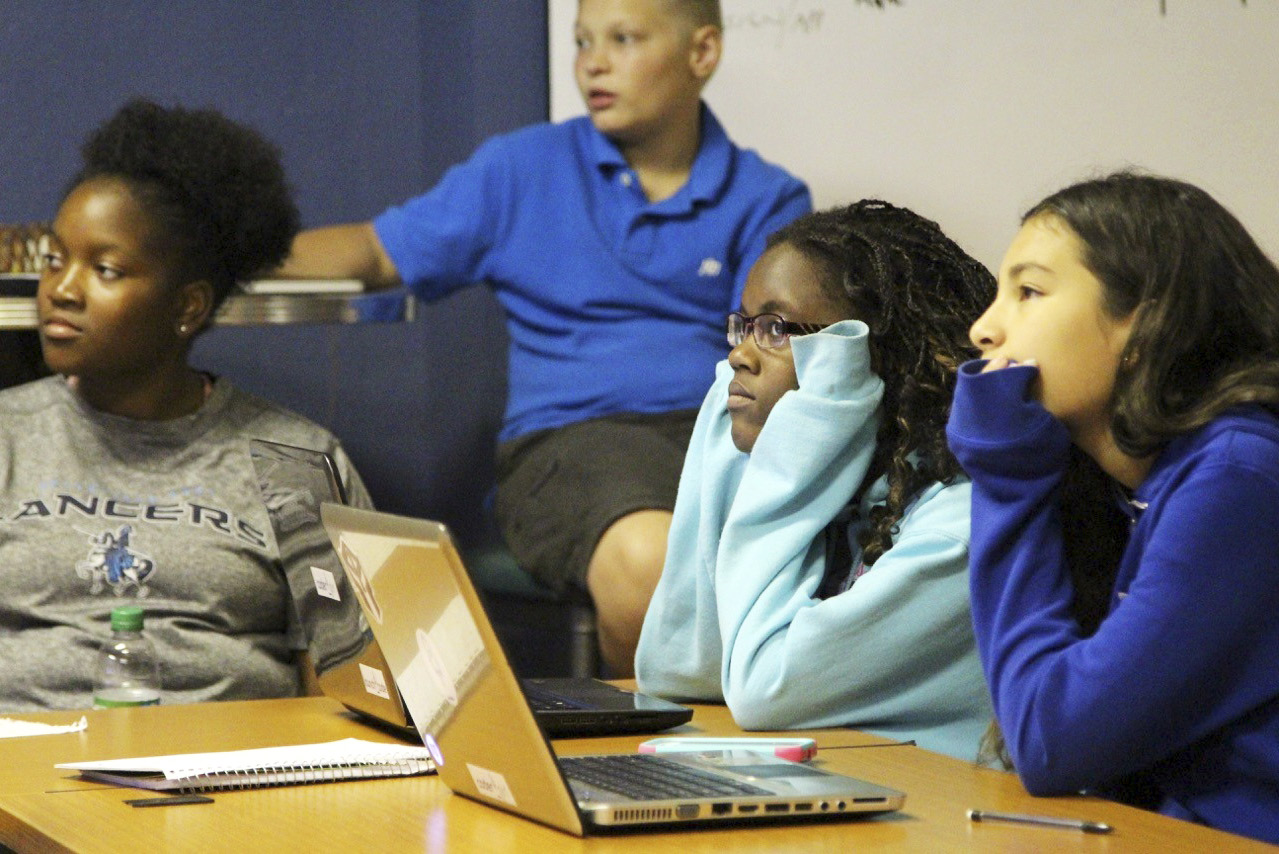 BELLEVILLE — Michael Pedersen was simply looking for a way to spend time with his daughter, Chasity, when he introduced her to the hobby of computer coding.
Little could he know that he would tap into a passion that would take each of them in exciting, new directions.
Pedersen, a systems engineer for a military contractor in St. Louis, said he had deployed a lot in the military and hadn’t spent enough time with his kids as they were growing up. He decided to find some common ground, using his knowledge of computer coding.
“My daughter is a junior high school student and I took the time to sit down with her and include her in the things that were going on in my life at work,” he said. “She really got a kick out of it. We started working on it together.”
One day, his daughter suggested getting other kids involved with what they were doing.
“Basically she helped me write my business plan,” Pedersen said, only half joking. “I’d seen some other coding classes for adults on the other side of the river, but no school on our side really offered it.”
Before long, a dozen or so junior high and high school students were getting drawn in to what became known as the Junior Code Academy, a program to introduce them to a variety of computer classes, at varying skill levels, from simple programming to hackathon preparation.
Pedersen, who has a master’s degree in intelligence studies and a bachelor’s in education and training, is the founder and CEO of the operation. He lists his daughter, Chasity as co-founder and junior instructor.
The most consequential development for them came late last year when he found a home for the Academy, which now gathers at Peer 151, the new co-working, meeting and startup space operated at 15 N. First St. in Belleville.
Peer’s Executive Director Chris Oswald “made our model work a whole lot easier,” Pedersen said. “With Peer 151 it is a fantastic model. I pretty much have use of the full space from 6:30 to 8:30 on Tuesday nights.”
The Junior Code Academy has developed into one of Peer’s first success stories, fulfilling what everyone agrees is a real need.
In just the next few years, the field of computer programming is going to explode, Pedersen said.
“By 2020, you’re going to have about one million, unfilled computer science jobs across the country. That, mixed with the fact that St. Louis is booming as a market, and there is a lot of need for computer coders,” he said. “With a minimal amount of skills and some training, a lot of these kids could get involved with jobs that will pay $55,000 to $65,000 a year.”

Oswald has high praise for Pedersen and his efforts, noting the Academy founder has spent about 3,000 hours of instructional time with his students.
The idea is to teach kids as much as possible before they go on to college. Pedersen said it’s a natural mesh — young people doing something they love, working to solve a real-world need.
“Here is a needed skill, and here is a talent pool looking for something to do. The (students) are very technologically savvy. Why not show them how to actually program the technology they are using?” said Pedersen, whose work background is in computer curriculum design.
Junior Code Academy offers four different classes, focused on: introduction to computer science; Python, which is a programming language; web design including HTML and CSS; and a hackathon preparation class.
Both junior high and high school kids — chiefly from O’Fallon and Belleville — are involved.
Outside instructors are also used to teach the curriculum, with Pedersen rotating between classes as needed. 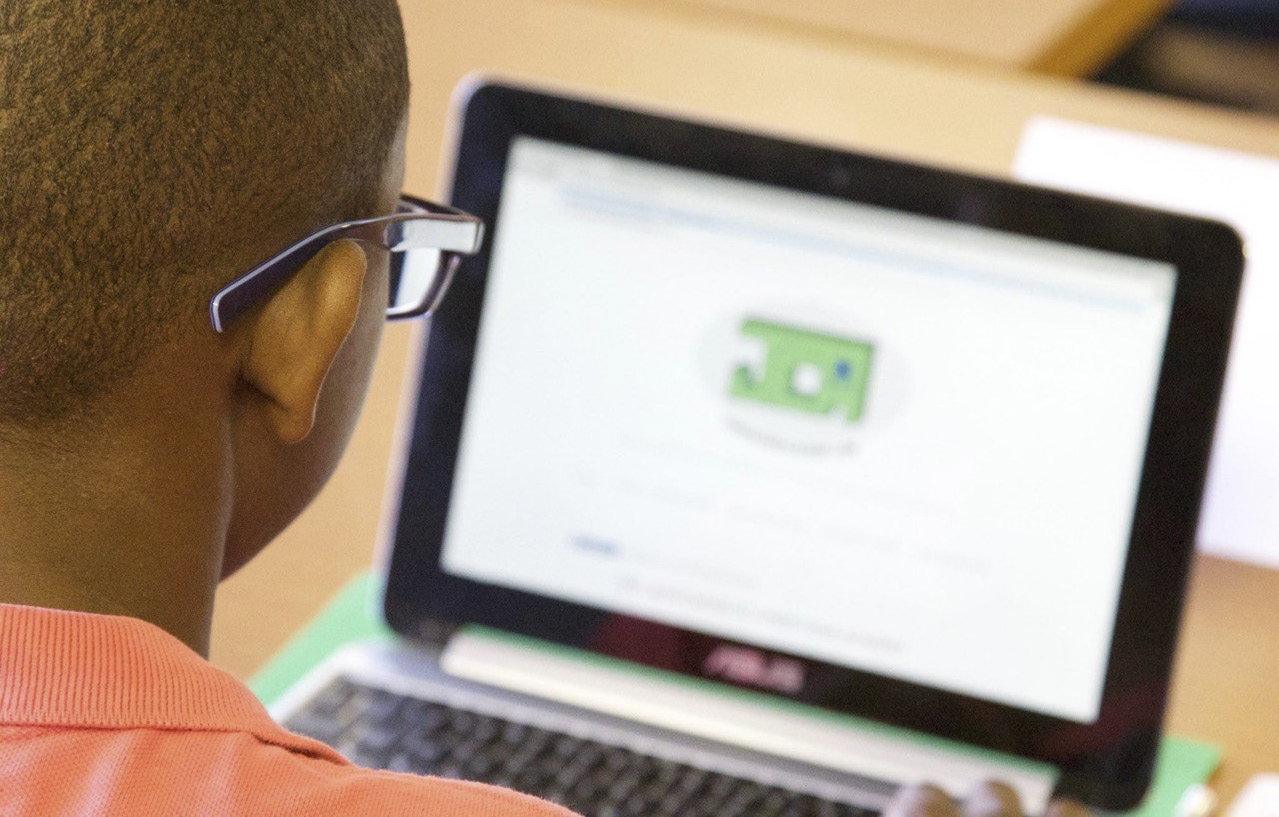 Some of the instructors have been aboard since the beginning. About every two months the Academy will start a new class and will run two or three classes concurrently. Occasionally, the classes will interact with each other.
There is a lot of hands-on effort and collaboration while the young people work toward a final project
The students create games in order to understand such computer fundamentals as logic, functions, loops and language.
Most public schools are not into computer coding to any degree.
“But we look at it this way: Junior high kids are ready to do this. This is the next generation; this is who is going to take technology and run with it,” Pedersen said.
A lot of what he teaches are real world examples of how computer science will manifest itself in the future workplaces. Kids have visited the Midwest Cyber Center of Excellence near Scott Air Force Base, for example.
He encourages them to think about eventually giving back to the places where they live.
“I’d love them to go where the opportunities are but at the same time I try to show them that there are a great amount of opportunities here. You don’t have to go to Microsoft in Washington or go to California. There is no reason to leave home if you don’t want to. The jobs are here,” he said.
Pedersen welcomes questions about the business. He can be reached at mike@juniorcodeacademy.com
More can be learned at http://www.juniorcodeacademy.com/

“Optimize the Madness,” a one-day conference aimed at arming small-business owners with tools for success, will be held from 10 a.m. to 4 p.m. on Saturday, Oct. 29, in Southern Illinois University Edwardsville’s Morris University Center.
The Illinois Metro East Small Business Development Center at SIUE and SIUE’s Office of Educational Outreach are uniting to offer the program.
Participants may choose from two instructional tracks. One includes sessions on maintaining digital strategies, multitasking, photography and digital media. The second includes cyber security, commercial insurance insights, employment law basics, human resources hiring practices and more.
The cost to attend is $249, which includes lunch. To register, call SIUE’s Office of Educational Outreach at (618) 482-8330 or the Illinois Metro East SBDC at (618) 650-2929. Registration will also take place at 9:30 a.m. that day. For details, go to www.optimizethemadness.com.

Builder expo to give students, parents look at construction careers