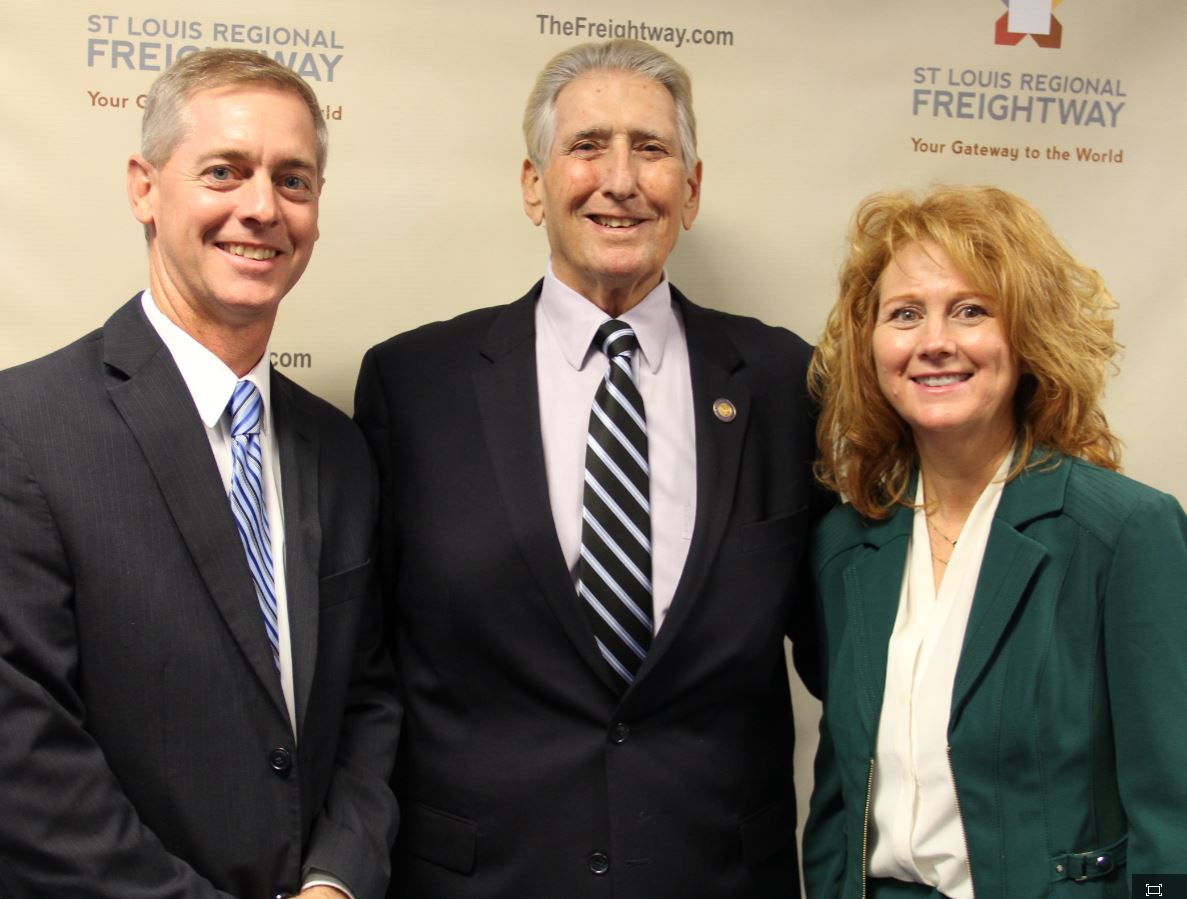 ST. LOUIS — Port of New Orleans President and CEO Gary LaGrange joined Bi-State Development and the St. Louis Regional Freightway in a forum that called attention to the tremendous economic growth opportunities for the St. Louis region through the Inland Port System.

More than 70 of the St. Louis region’s leading manufacturers, shippers, logistic experts and economic development professionals were on hand on Sept. 28 to hear from LaGrange. He has been at the helm of the Port of New Orleans since 2001 helping to position it as the number one port for logistics in America and the fastest growing U.S. port for container on barge shipments.

St. Louis Regional Freightway Executive Director Mary Lamie opened the forum by noting the purpose of the event was to learn how the two markets can best coordinate supply chains. The information shared during the forum revealed the desire for increased coordination is mutual, and would be mutually beneficial.

LaGrange’s leadership brought the Port of New Orleans back into operation only two weeks after Hurricane Katrina devastated New Orleans in 2005 to become the most extensive natural disaster in U.S. history to date. Also, under LaGrange’s direction, the Port of New Orleans has made great expansions in spite of great adversity — including opening new, state-of-the art container, cruise and refrigerated terminals.

Over the past decade, a total of $500 million has been invested in the Port of New Orleans, and it today is responsible for 165,000 jobs in the state of Louisiana, and a total of 380,000 jobs in the U.S. While he has championed the port’s growth, LaGrange made it clear the growth at his port, and future growth around freight movement through the ports in the bi-state region, are already intrinsically connected.

“The St. Louis region is the envy of the barge industry. Located in the heart of the nation and strategically positioned at the northernmost ice-free and lock-free point on the Mississippi River,” LaGrange said.

“Five-hundred million tons of cargo move through our port because of you,” LaGrange said. “We are the largest single port system in the world. Out of nearly 400 ports in the United States, we’re the only single port that has the Mississippi River and its tributaries, which combined offer 14,500 miles of navigable waterways.”

He noted those waterways are already being well utilized, but it is often to transport empty containers. LaGrange said 50 percent of the barge containers that travel from St. Louis down the Mississippi River to New Orleans are empty before they are either reloaded with cargo at New Orleans or shipped empty.

While they still want and need some empty containers, there are growing opportunities for more of them to be loaded in the St. Louis region and upriver regions with fertilizers, phosphates, animal foods and other products that there is growing demand for overseas.

Largely in response to consumer demand for various products, the Port of New Orleans saw a 16.7 percent growth in container cargo traffic just last year, and that growth is expected to continue. Fifteen to 18 percent of the growth from the Panama Canal expansion alone is expected to come through the gulf ports, including Port of New Orleans, and LaGrange estimates that could translate to a total of 5 million new TEUs (units of capacity of a container ship) for the gulf ports. And LaGrange notes that with the potential for an all water route to and from Asia through the Panama Canal directly into New Orleans, their container on barge growth opportunities could be unlimited. There’s no question that growth at the Port of New Orleans can trigger growth on the inland waterways here in the St. Louis region. To capitalize on that growth, LaGrange stated that the St. Louis region needs to “Go beyond thinking outside the box, to actually creating a new box.”

Colin Wellenkamp, executive director of the Mississippi River Cities and Towns Initiative, also spoke at the event, and he saluted the St. Louis Regional Freightway and its executive director Mary Lamie for doing exactly what LaGrange was advocating.

“What Mary is doing is unique. I’m responsible for 10 states and we don’t see what you are doing anywhere else,” said Wellenkamp, who added that while other cities and towns along the Mississippi River may not be engaging to grow their freight industries in the same way the St. Louis region is, they are paying attention to the St. Louis Regional Freightway is doing.

Aimee Anders, executive director of the Inland Rivers, Ports and Terminals, Inc., the trade association for the nation’s inland waterway, port and terminal professionals, was also on hand to share her insight with the group. “The collaborative partnerships here really enhance the St. Louis region’s ability to move freight for the entire nation,” she said.

John Nations, president and CEO of Bi-State Development, took a few moments to comment on the significance of the forum, its attendees and the work being spearheaded by the St. Louis Regional Freightway, the newest Bi-State Development enterprise. “We have the best of St. Louis region represented here today,” he said. “The St. Louis Regional Freightway is a great example of good cooperation for real progress.”

Dennis Wilmsmeyer, executive director of America’s Central Port, which was the presenting sponsor of the forum along with supporting sponsor Ingram Barge, urged the crowd to embrace its role as ambassadors. “All of you sitting here are ambassadors for this region and this effort,” he said. “It is all of our responsibilities to talk about the great things that are happening here.”