SHILOH — The Realtor Association of Southwestern Illinois released the July 2016 housing statistics, which show higher home sales year-to-date, an increase in median home prices, and a decrease in the average days on market compared to last July.

“The summer marches on with a continuation of great opportunities for both buyers and sellers in the Metro-East,” said Mike Gross, president of the Realtor Association of Southwestern Illinois. “ As we continue through the rest of the year, we expect these positive trends to progress through the rest of 2016. Median home prices are rising, yet mortgage rates are still low. These factors really prove that now is the time buy and/or sell. “

Here are the numbers: 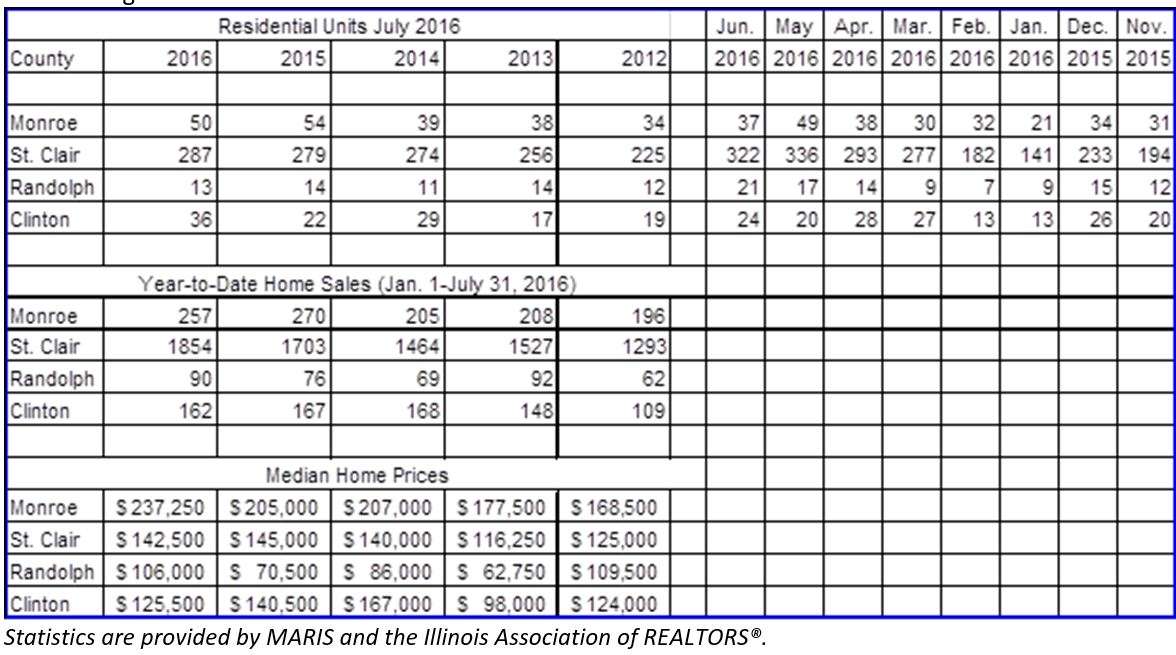