IBJ: Describe the economic development corporation and its goals. 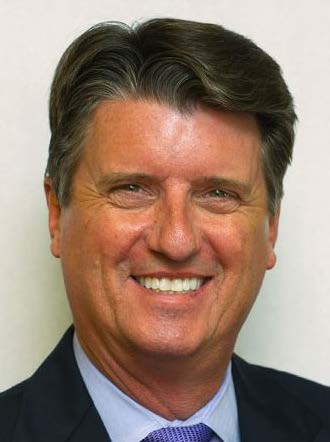 Schultz: “Intersect Illinois” is the entity the governor and I created in January of this year. I transitioned out of his cabinet (as head of DCEO) and into this role fulltime leading this effort. What we are focused on is rebranding this state, new jobs and job opportunities, along with job retention. That includes visiting existing companies and making sure we are taking care of their needs in state, and looking for other opportunities for companies to grow in state or for companies to consider moving to the state of Illinois.

IBJ: Where do things stand at this point?

Schultz: We have been operational for about four months, largely focused on building a team, raising the private funding — which we’ve committed to making it privately funded the first few years — and building out the infrastructure of people, what type of people we need to fulfill the mission.

IBJ: Have you set a particular budget?

Schultz: We have. We are estimating based on what we’d like to do to build out the corporation, that it’s around $5 million a year to operate it. We’re getting donations as we speak and are probably about a third of the way there.

IBJ: Where would the money be used?

Schultz: Largely to bring personnel on. We’re looking at about 20-plus individuals. And we have a substantial marketing budget for rebranding strategy, advertising and trade missions, international and domestic.

IBJ: Tell us about your board of directors.

Schultz: I spent a fair amount of time looking at what other states did well and the mistakes they made. Our governing board is a nine-person board. What we tried to do was find geographic, governance and ethnic diversity. It represents a wide spectrum of Illinois.  We looked at four or five dozen candidates before we settled on the nine selected. We made a conscious decision to have a governing board that is a true governing board, doesn’t have a financial stake or any donation they’ve made that can be perceived as having a conflict of interest in what we do. We will have informal advisory boards that will provide guidance on economic development and tactical opportunities relative to trade missions and things like that. But they will not have any legal authority or fiduciary responsibility.

IBJ: You are from Effingham, right? That’s Downstate. Are you going to have much representation among downstate interests?

Schultz: Absolutely. That’s critical. The number of job losses we’ve had Downstate are much higher than they are in Cook County and Chicagoland. We’re looking at ways we can help from a regional perspective. Communities come together and try to market themselves in maybe a different way. For example, I had a conversation last week with one of the mayors in Southern Illinois about working together with a few other communities. We might do a trade mission to Germany with their group to represent the auto manufacturing industry, as one of the sub suppliers of components. We are going to have good representation Downstate. As a Downstater, I see that as an obligation.

IBJ: You want to address existing business needs as well as draw in new businesses. Which one of those are you going to emphasize the most right now?

Schultz: It’s kind of a balance of both, I don’t think one takes precedence over another. I’m splitting my time personally about 50-50. But in terms of new attraction, what I focus on when I’m out marketing are the assets the state has that give it a competitive advantage over other states — or other nations potentially. I think our workforce is unparalleled — well-educated, loyal, hard-working, good Midwestern ethics. The second thing I focus a lot on is our energy costs. Illinois is the third-lowest energy cost state in the country. And then there’s our logistics ability to move products and people across the country in an efficient manner.

IBJ: There is a general contention that a lot of businesses are fleeing the state. Is that a valid contention?

Schultz: Those are nice stories that are interesting to publish. But I think they are more peripheral experiences. I don’t think there is overwhelming trend of businesses leaving the state. In some cases, there are businesses thinking about expanding, and thinking about doing that in another state. We have to make it competitive from a tax perspective, property tax wise, and workman’s comp reform. Those things would help immensely in our ability to keep a lot more companies in state and keep their expansions in state.

IBJ: All this brings up a good point: How much does your success depend on the Legislature? Or better, how much can you get done without the Legislature’s help?

Schultz: My attitude is I’d rather work in a collaborative fashion because we’re not doing anything that’s partisan; It’s completely for the benefit of the state of Illinois. The more citizens we have working in the state, the more tax income we generate for the state, the more we get to work toward a balanced budget.
Interestingly, the job participation rate is down from the ’08 high of about 68 percent to less than 65 percent (now). That differential is about 400,000 jobs. Economists tell me that’s about $1.6 billion in additional tax dollars that we would have at the state level.

IBJ: What do you think it’s going to take to make Illinois a thriving center for business?

Schultz: I think the Governor’s Turnaround Agenda, certain elements are very important to this. Workman’s comp, property taxes (reforms), certainty of corporate taxes. I think we already have the natural assets and workforce. Some better cooperation between the governor and the Legislature, I think, would make one and one work much more than two.

IBJ: Is what you’re doing now going to take years to complete?

Schultz: I think it will be ongoing. We already have some successes to point to in the first four months of operation. One is the Amazon announcement (fulfillment centers in Edwardsville and Joliet). They originally talked to us about potentially expanding Joliet by 500 jobs, and that grew into a much bigger discussion where they are now talking about north of 5,000 jobs in Illinois. Because they realized our logistics systems and the expansion of the Panama Canal and the ability to move freight up the rivers, along with the drone technology that we have developing at places like the University of Illinois give us a competitive advantage.
The other company I’ll point to is Vetter. I visited them in April at their corporate headquarters in Ravensburg, Germany. And marketed them the elements (in Illinois). They announced about four weeks ago that they’ll be moving 300 jobs into the Chicagoland region, in Desplaines. The average wage on those jobs is going to be about $70,000. They were looking at locating in Boston or Chicago, but as we talked about the differentials in energy costs and logistics, I think it became very obvious to them that Chicago was a much more distinct advantage for a North American presence than what they could have on the East Coast.

IBJ: Is your operation patterned after other states?

Schultz: There are 17 other states doing this, with a private economic development corporation. We looked at what Florida, North Carolina, Michigan and Wisconsin did …. and learned from their mistakes. We made sure we had a strict conflict of interest policy, strict transparency requirements. Anything that touches state tax dollars, whether it’s a tax credit or grant, will continue to be done at the Department of Commerce. We’ve committed that anything we do with an Edge Tax Credit — or anything that would have to be approved at the state level — we would post on our website, along with our board minutes and who has donated to our corporation.

IBJ: Tell me a little about your background.

Schultz: I’m a fifth-generation Illinoisan. I grew up Teutopolis. I was fortunate as a teenager to travel extensively. I lived in South America and in Brazil where my father had a farming operation and spent some time in Hong Kong in my law school days. I moved back to Effingham County and set up a private equity and venture capital business about 20 years ago. I’ve had good success in investing a variety of businesses, about 50 total in my lifetime, that have spanned from medical devices to information technology to new agricultural technologies. I still serve as the chairman of that organization but only spend about an hour or two a week at it.