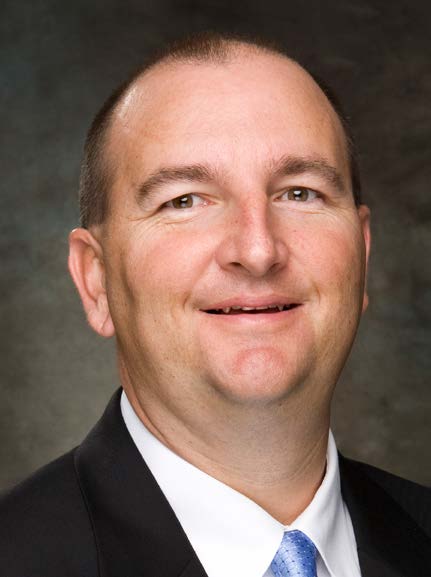 Wittenauer said two of the hottest areas are O’Fallon and Edwardsville.
“We’re working on several projects right now in Central Park Plaza (O’Fallon), one of which is a 10,000-square-foot retail strip center,” Wittenauer said. “A couple of those projects should come together. There’s a lot of activity at that interchange.”
Wittenauer is also working on a 13-acre, Darrell Shelton development in Regency Park. The project will include a 44,000-square-foot, three-story, Class A office building to be built at the eastern end of the property once enough tenants commit to leasing space. Wittenauer said it would be ideal for professional office users like financial companies, law firms, accountants and select medical tenants.
The office building will consume about three acres of the site. He said that they can be flexible with the remaining 10 acres in terms of lot sizes and uses but it would be ideal for offices, retailers, restaurants and hotels.
New construction activity is all around the site; a 60,000-square-foot, Class A office building has just been completed across the street and will house Visionary Wealth Advisors, the Kurowski Shultz law firm and other tenants; the new St. Elizabeth’s Hospital and a 100,000-square-foot medical office building will bring much more business to the area; Reliance Bank and Tim Horton’s Café and Bake Shop just opened across the street; and an 84-room Marriott Townplace is planned next door.
Memorial Hospital recently opened its new East facility in nearby Shiloh and has already announced plans for a neighboring, 70,500-square-foot medical office building.
Meanwhile, construction is underway on the $13 million Park Street Plaza development at the corner of Park and Buchanan streets in Edwardsville. The five-story, 45,000-square-foot building is expected to be open for business by Dec. 1 of this year and will house the new corporate headquarters of Madison Mutual Insurance Co. on the third and fourth floors. A new restaurant, Crushed Red Urban Bake and Chop Shop, will lease about 5,000 square feet on the first floor.
When Madison Mutual vacates its current home on Illinois 157 in Edwardsville, plans are to develop a 150,000-square-foot lifestyle shopping center with a grocery store and six outlots on the site.
And, Capital Land Development has two large tracts under contract along Troy Road and Illinois Route 159 in Glen Carbon and is currently in the pre-leasing stage.
“Overall, quality retail buildings in quality locations are very healthy,” Wittenauer said. “Retail demand is strong and will remain strong as long as consumer confidence remains high and people have discretionary income.”