No, such fees allow unions to effectively represent all workers 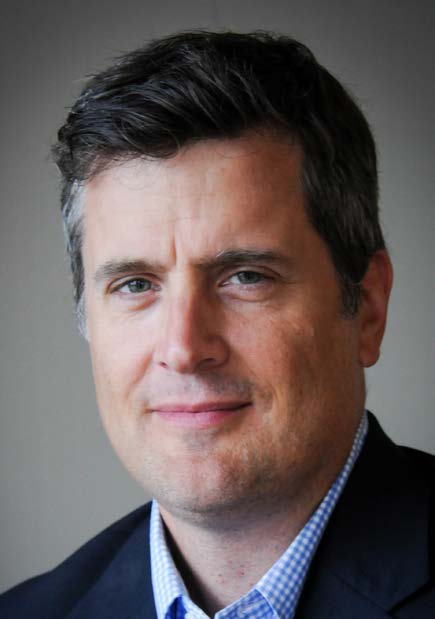 By SEAN STOTT
The term ‘Right to Work’ is a clever bit of marketing whose name does not live up to its billing.  Proponents of this misnamed concept sell it like the hucksters who rolled into town pitching the proverbial snake oil; ‘the cure for what ails you.’  But, as so often is the case in such claims, it does nothing of the sort and actually does much more harm than good.
What Right to Work supporters don’t tell you is that these laws take money out of the wallets of local consumers, lead to smaller investments in local schools, police and fire protection, less safety on the job and higher rates of poverty and infant mortality – all without creating jobs.  That’s why opponents of these measures often refer to them as “Right to Work (for Less)” laws.
Right to Work (for Less) advocates also conveniently fail to mention that unions are already required – by law – to represent everyone in a bargaining unit, regardless of whether they pay union dues.  Because of this, states like Illinois and Missouri allow union contracts to require everyone covered by the agreement to contribute toward the cost of the union representation that they benefit from; their fair share.
These aptly named “fair share fees” exclude all portions of union dues dedicated to politics, charities and member benefits unrelated to their employment.  Fair share fees are only included in a union contract if the employer agrees to it, so they are a product of the give-and-take of the negotiating process.  By taking an issue off of the bargaining table, Right to Work (for Less) laws are a government intrusion into the relationship between employers, employees and their representatives.
Right to Work (for Less) laws make fair share provisions in union contracts illegal; they fine and even jail employers who agree to such terms.  And banning fair share fees places an increasing financial strain on the union’s ability to effectively represent the workers.  Ultimately, the result is lower wages and benefits for not only union workers, but all workers – the true aim of Right to Work (for Less) laws.
Gov. Rauner claims not to support (at this point, at least) a statewide Right to Work (for Less) law, but he does want to give each of Illinois’ 6,900 local governments the opportunity to pass their own local Right to Work (for Less) ordinance.  Not only would the governor’s so-called “Empowerment Zone” proposal create a confusing patchwork of regulations, it would “empower” those local governments to be taken to court… and lose.
Since Congress authorized Right to Work (for Less) in 1947, such laws have repeatedly and consistently been interpreted to apply only to states and U.S. territories (i.e. Puerto Rico, Guam, etc.) – not the hundreds of thousands of local governments in those states and territories.
There is a litany of case law and official opinions to this affect going back to 1965 when the Kentucky Court of Appeals stated that cities cannot enact Right to Work (for Less) laws.  This case was later cited with approval by the U.S. Supreme Court in 1976.
Some might ask, ‘Can’t cities with home rule authority pass them?’  Once again, ‘No.’ The courts ruled in a New Mexico case that local Right to Work (for Less) laws are prohibited even in communities with that additional legal latitude.
Closer to home, Illinois Attorney General Lisa Madigan also confirmed the fact that such ordinances would not withstand a legal challenge.  And, finally, in 2015 the National Labor Relations Board – the federal body with the exclusive authority to answer questions of private sector collective bargaining – stated in an amicus brief that the National Labor Relations Act clearly and unambiguously prohibits local government Right to Work (for Less) laws.
Even if the legality of local Right to Work (for Less) ordinances were not at issue, there is ample evidence suggesting that such a law would hurt Illinois’ working families and its overall economy because numerous studies using reputable economic models have shown that they do not create job growth.
Workers in Right to Work (for Less) states make $6,000 a year less than their counterparts in “free bargaining” states like Illinois and 28 percent more people go without health insurance in Right to Work (for Less) states.  Coupled together, this results in hundreds of millions of dollars taken out of the economy.  And, to make matters worse, the rate of workplace deaths is 45 percent higher in Right to Work (for Less) states.
As is the case with other items on his ill-conceived agenda, like eliminating the Prevailing Wage Act and restricting collective bargaining rights for government employees, Bruce Rauner’s local Right to Work (for Less) proposal will take money out of the pockets of hundreds of thousands of middle class consumers, inexplicably, in the name of “economic growth.”
Fortunately for Illinois workers, businesses and economy, the legislature has repeatedly refused to buy the governor’s snake oil.
For more information on how a Right to Work (for Less) law would impact Illinois, see “The Economic Effects of Adopting a Right-to-Work Law: Implications for Illinois” (October 2013), published by the University of Illinois, School of Labor and Employment Relations.  The study forecasts the implications for Illinois’ economy, budget, and workforce, which reflects the findings of the impact of such laws in other states.
Sean Stott is the director of Governmental Affairs for the Laborers’ International Union of North America’s Midwest Region.  He has lobbied on behalf of Illinois’ working people for 23 years.