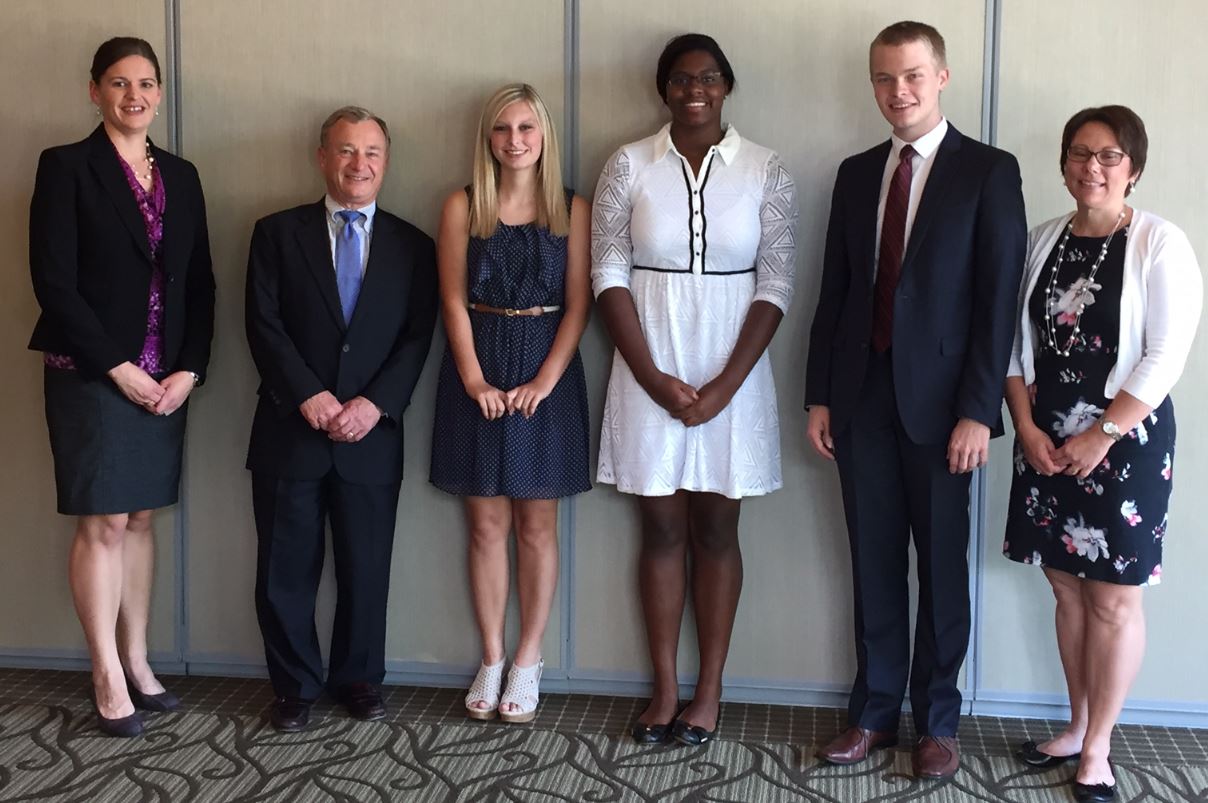 BELLEVILLE – The law firm of Mathis, Marifian and Richter, Ltd. has announced the recipients of the firm’s 2016 Law Scholarship Award.

Geiger looks forward to continuing his self-proclaimed passion for learning by pursuing a law career after college. During high school, he served as the Editor-in-Chief and the editorial editor for his school newspaper. As a member of the speech and debate team, he wrote an oration about the First Amendment that placed fifth in the state and qualified him for a national speech tournament. A National Merit Scholar, Geiger was the recipient of the Raytheon Merit Scholarship from the NMSC. Geiger plans to attend the University of Chicago and major in political science.

Green discovered her interest in law during a trip to Europe, where she was fascinated by what she calls “the intricate relationship between happiness and regulation.” A scholar athlete, Green is a National Honor Society member, an Illinois State Scholar, a four-year varsity volleyball player and an Illinois All-Star softball player. With a passion for economics, Green wants to apply this discipline to a law career so she can continue her aspirations in community service, in which she has already volunteered more than 100 hours. She plans to attend the University of Kentucky to study economics before continuing on to law school.

Parker has wanted to be a lawyer since she was twelve years old when her sixth grade English teacher discovered she excelled at debate, even debating topical positions she didn’t necessarily agree with personally. Parker was especially moved in her sophomore year when she learned about the number of children in the United States living in foster care, and today wants to pursue a career in family law, specifically adoption law. Parker plans to attend Southern Illinois University Carbondale, which she chose, in part, due to their law school’s reputation.

“These students have demonstrated outstanding accomplishments already, and we’re honored to help them develop and contribute to the legal community,” said Patrick B. Mathis, a shareholder at MM&R. “The selection process was very difficult, but we were gratified to receive applications from so many qualified candidates.”

The law scholarship recipients are chosen based on a number of qualifications. Applicants had to be a current high school senior, planning a career as an attorney, with a GPA of 3.0 or higher, achieve an ACT score of at least 26 or SAT of at least 1180, rank in the upper 25th percentile of their graduating class and be involved in extracurricular activities. The selection process involved a comprehensive review of all applicants by MM&R attorneys who weighed other factors such as essay, high school achievements and teacher/school recommendations.

This is the 17th year that MM&R has awarded scholarships to local high school students. Shareholders of the firm established the scholarship as a means to encourage and assist students in pursuing a legal career.