He will begin his duties next month. 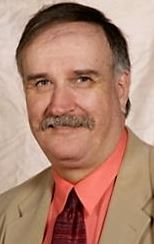 Ellis (left) brings more than 30 years of experience in economic development, shepherding projects that have resulted in millions of dollars in private investment. He is leaving an eight-year tenure as director of Community & Economic Development for the city of Columbia, where he helped expand the city’s commercial base. Among his other duties, Ellis administered a Tax Increment Financing district recognized for excellence statewide, led a multi-county tourism promotion effort that established a new Illinois scenic & historic route, developed a regional program for entrepreneurs, established award-winning Main Street revitalization and historic preservation efforts, and helped Columbia build a regional presence in support of its economic development. Ellis was recognized in 2013 by the East West Gateway Council of Governments with an Outstanding Local Government Award for accomplishment as a local government official.

Prior to coming to Columbia, Ellis served for more than two decades with the Tacoma-Pierce County Chamber, where he coordinated a regional public private transportation partnership, organized a technology consortium and an angel investment network, and ran a downtown business improvement district.

Ellis has been married to his wife Anne for 41 years, and together they have three grown daughters and six grandchildren. He recently served as president of the Rotary Club of Columbia.

Ellis succeeds Terry Denison, who retired in December 2015, and assisted contractually through February 2016.