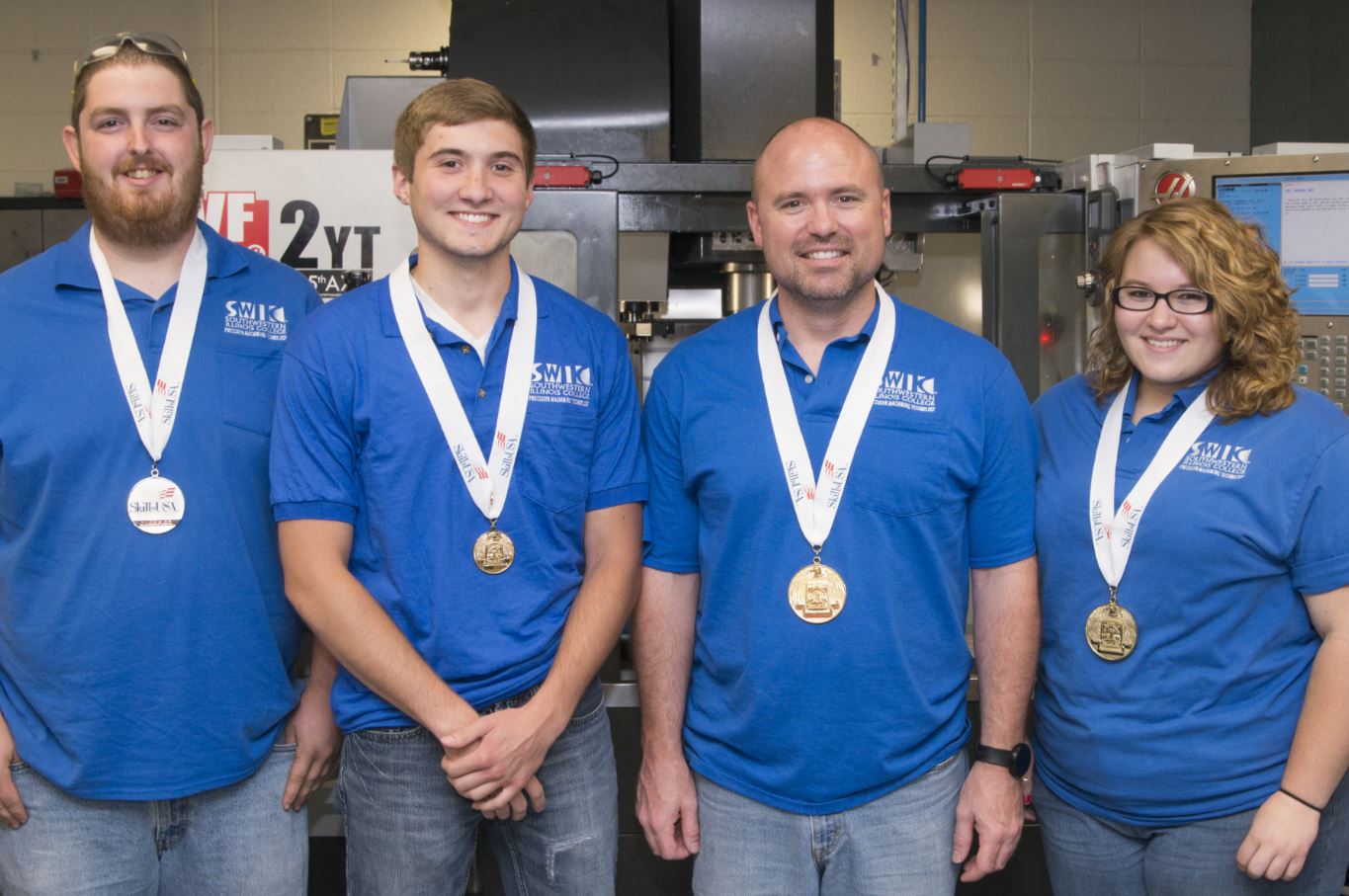 “We’re really proud of them and what they’ve accomplished,” SWIC Industrial Technology Program Coordinator Mark Bosworth. “We feel this is a demonstration of the skills our students can learn at our college.”

Ashley Robinson has already earned her Associate in Applied Science degrees in Precision Machining Technology and Industrial Maintenance Mechanics from SWIC. She said she is planning to earn bachelor’s degree in engineering from a four-year institution next. She credits SWIC with helping her earn a position with Roho, Inc. in Belleville as a tool shop technician.

“I didn’t think we were going to win, but we did,” Robinson said. “SWIC has taught me a lot and gave me a job. Without it I wouldn’t have placed first.”

“It was a lot of teamwork,” he said. “After going through it once, all we could see were the problems that needed to be fixed.”

But they won anyway, he said. He finished his Associate in Applied Science Degree in Precision Machining Technology this spring and today, Jake Robinson has a job at Raukman Utility Products in Belleville he said thanks to his SWIC education.

“They have a great program at SWIC.”

Berry said the success was a team effort.

“I was designated the captain and I was the one that was responsible for strategy,” he said. “We made mistakes a lot but we did it.”

Berry hopes to start his own business after he graduates sometime in 2017, he said. He’s currently working on his Associate in Applied Science in Precision Machining Technology from SWIC.

Standing alone in his category, Drost said he was still very ready for the competition.

“It was pretty exciting,” he said. “I’ve been competing in SkillsUSA for a couple of years now and finally getting and placing at nationals is pretty nice.”

This is the second round of success for the SWIC team.

Drost, Ashley Robinson and Nicholas Velton took first, second, and third respectively in the CNC Turning category then, too.

Bledsoe and Velton took first and second respective in the CNC Technician competition and teams of Ashley Robinson, Jacob Robinson and Berry plus Drost, Lucas Cooper, and Benjamin Sherbut took first and third respectively in Automated Manufacturing, also at the state-level event.