EDWARDSVILLE – Madison County Community Development recently conducted the second in a series of public meetings to discuss potential brownfield sites in Madison County. The meeting was held at the Marine Senior Center.

In 2015, Madison County received a $400,000 grant from the U.S. Environmental Protection Agency to identify historically contaminated properties, also known as brownfields, in the county for clean-up and redevelopment.

At the meeting, representatives from Madison County presented information on brownfields already identified in the eastern portion of the county, including several properties in Marine, Highland and surrounding areas.

“Identifying brownfields is the important first-step in the process of the clean-up of abandoned and dilapidated industrial and commercial properties,” said Madison County Chairman Alan J. Dunstan. The process is part of a collective effort by the county to improve public health and, ultimately, create jobs, he said. 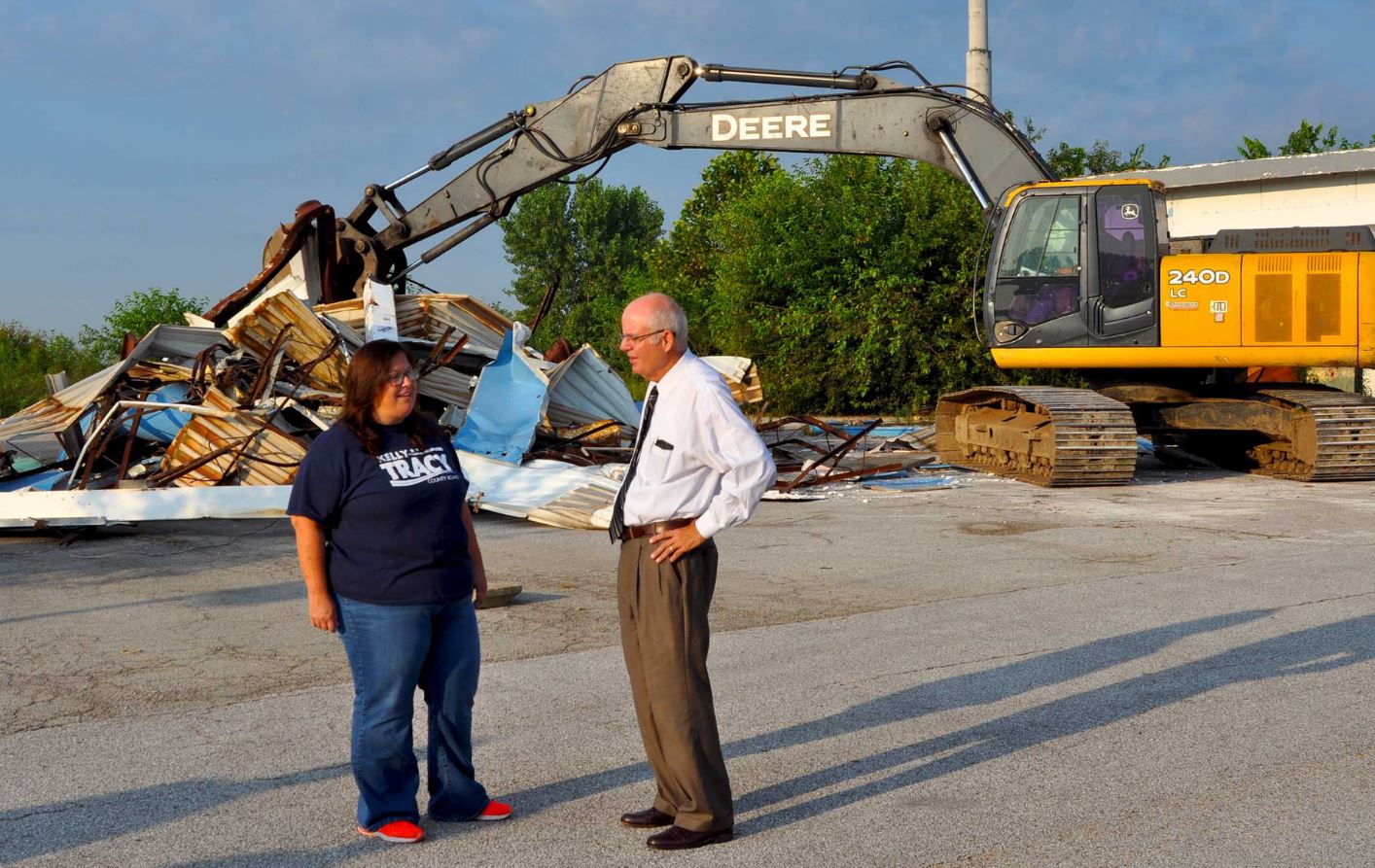 Preliminary work on the project has revealed a number of businesses in rural areas, which at one time supported the industrial facilities in the eastern part of the county, that are now abandoned and appear to suffer from contamination.

Smaller communities located along major transportation corridors, such as Marine, have numerous former gas stations that have long closed and those sites remain an impediment to redevelopment. Those abandoned gas stations have likely released petroleum and toxic derivatives into the soil and groundwater. Two such facilities, abandoned gas stations at the intersection of I-70 and Route 4 near Marine, were demolished this month.

Madison County Board member Kelly Tracy (4th District) attended the meeting and commented on the importance of identifying brownfield sites in the Marine, Highland and Livingston areas.

“While it is important to identify brownfield sites, work is still required to get them cleaned up to eliminate the health hazards found at many of the sites. I am excited to work toward identifying those properties and making them viable in terms of sites for potential future development.”

Madison County Community Development serves as the lead agency on the EPA brownfield grant, and has retained a qualified environmental consultant to assist in managing and performing the activities funded by the grant. The department will oversee the work of the consultant and act as a liaison between the EPA, coalition members, the public, property owners and other stakeholders involved in projects resulting from this grant.