EDWARDSVILLE — The Bank of Edwardsville has named Paul Millard as its new chief credit officer. The promotion was approved by the board of directors at its July meeting.

“After an extensive search internally and externally, it was apparent that Paul was a perfect match for the position,” said Kevin Powers, president and CEO of TheBANK. “He has a very unique skill set he will bring to the table with both credit underwriting and loan production experience.” 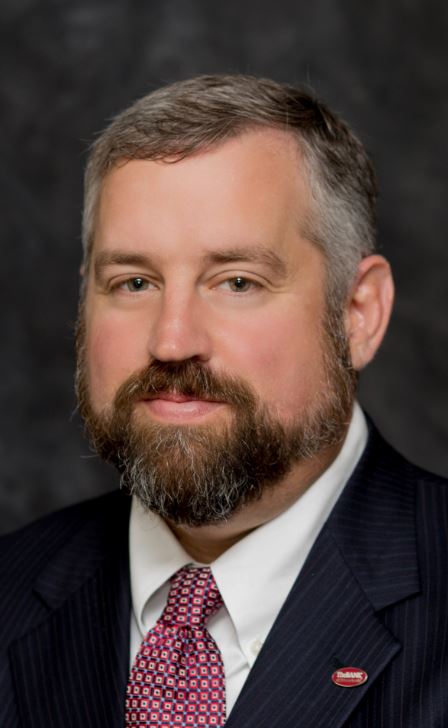 Millard (left) began his banking career in 1989, holding credit review positions at two regional banks before joining The Bank of Edwardsville as a credit underwriter in 1997. He made the transition to commercial banking in 2005 and most recently served as vice president of commercial lending.

Millard will oversee credit and loan administration. In addition, he will maintain his strong relationships with his clients and the community while continuing to generate new business.

“I am excited to be in my new role with TheBANK.” said Millard. “I joined TheBANK nearly 19 years ago and over that time I have been blessed to have learned so much from my mentors such as Bob Wetzel, Bill Alexander, Jim Meile and Tom Holloway. Now I have the opportunity to utilize what I have learned for TheBANK’s next chapter with Kevin Powers at the helm.”

Millard has a degree in Business Administration with a specialization in finance from Southern Illinois University Edwardsville. He and his wife, Melissa, live with their two children in Edwardsville. He is a past president of the Ed-Glen Chamber of Commerce and current board member of Regional Growth Capital, St. Louis Economic Development Partnership and Edwardsville Community Foundation.