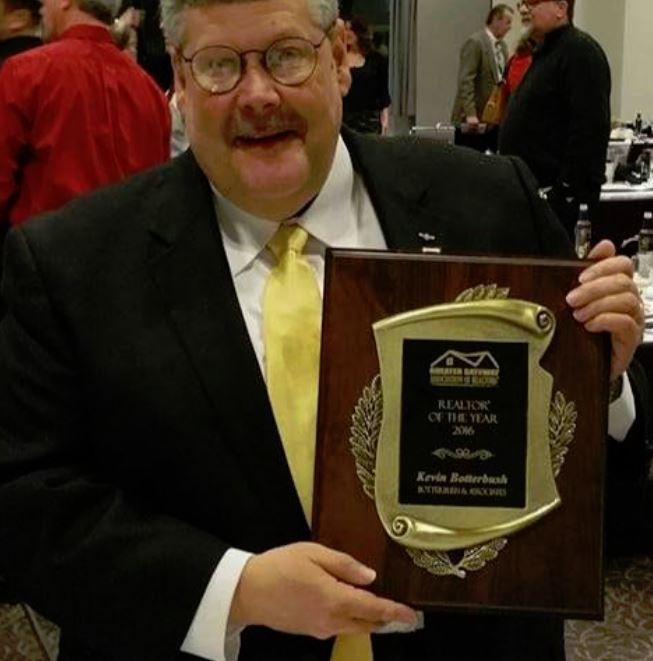 GODFREY ─ Kevin Botterbush of Botterbush & Associates was recognized as a Realtor of the Year during the Illinois Realtors state banquet held on June 21 in Springfield at the Abraham Lincoln Presidential Museum.

Botterbush was named to that honor by the Greater Gateway Association of Realtors at the group’s annual banquet in February. He began his career in real estate in 1989 as a licensed salesperson, became a broker in 1991 and then a managing broker in 2012.

He is the primary pre-license instructor for the Greater Gateway Association of Realtors as well as the coordinator for the real estate program at Lewis and Clark Community College in Godfrey. He has served on numerous committees and the board of directors.

Botterbush’s community involvement includes being a trustee for the Hayner Public Library District, Lewis and Clark Council of the Boy Scouts of America where he has been active for 45 years and is an Eagle Scout and Silver Beaver award winner. He also serves in many ways with Junior Achievement, American Heart Association, RiverBend Growth Association, St. Anthony’s Hospital Foundation and the Godfrey Park and Recreation Commission.

The award is presented annually to one member of the association who best exemplifies the professional qualities of a Realtor. It is based on a person’s service and leadership in community and civic affairs as well as activities within the association. Proceeds from the banquet benefit the work of the Foundation, a not-for-profit organization that promotes research and academic advancement in real estate subjects through a series of grants and scholarships.

The Greater Gateway Association of Realtors serves nearly 1,000 Realtors and affiliate members in the southwestern Illinois region including the counties of Bond, Calhoun, Fayette, Jersey, Macoupin, Madison, Monroe and Montgomery.