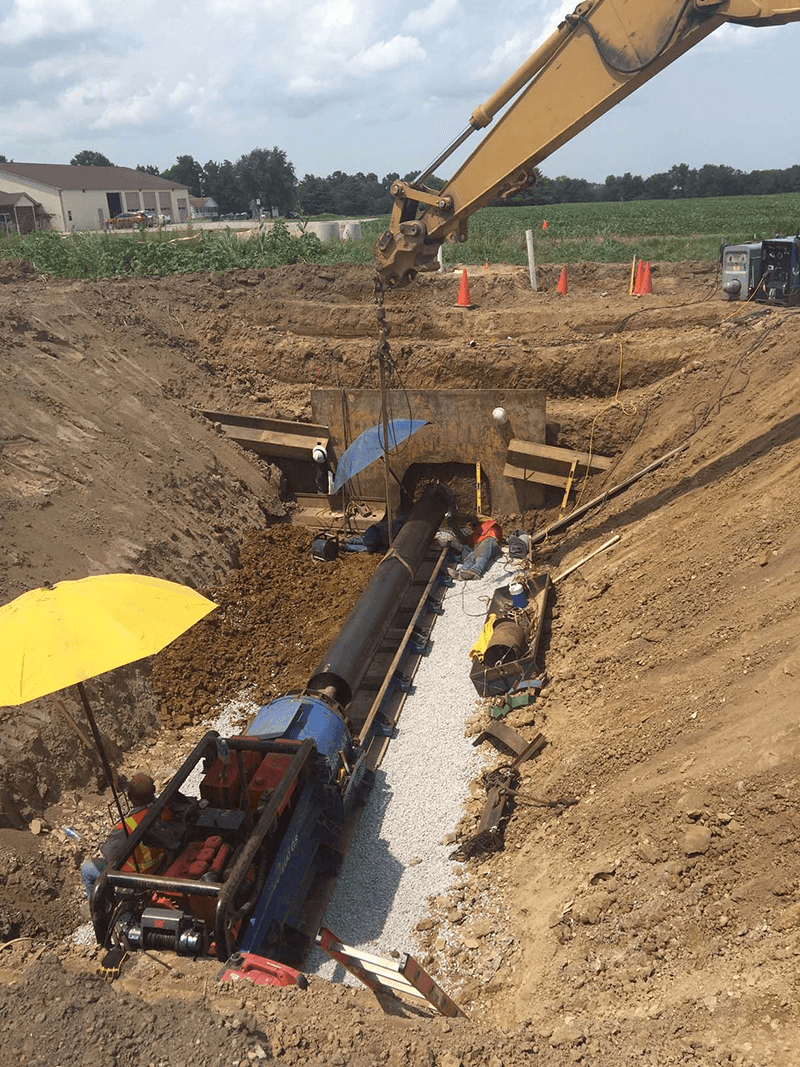 By ALAN J. ORTBALS
Construction began last month on a new 114,000-square-foot warehouse and office building for Weir Parts Distribution in Red Bud. Kaskaskia Engineering Group, LLC provided the pre-construction engineering and is problem solving along the way.
Weir Parts Distribution is owned by Weir Automotive Group and is headquartered in Red Bud. The company sells and delivers GM, Ford and Chrysler-Dodge-Jeep-Ram parts to auto repair facilities, car dealerships, and auto repair shops in multiple Midwestern states. Weir Automotive Group also owns three auto dealerships in Red Bud and New Athens. The parts business is currently spread out into 10 separate buildings. Weir Parts Distribution has 109 employees and 74 delivery trucks. The project will bring it all together under one roof.
KEG did civil engineering and the boundary and topographical surveys of the 30-acre site, said Geri Boyer, president of KEG. The firm prepared the civil site construction plans for the development, including setting the building elevations, storm water design, utility main extensions, and parking lot. The project included coordination with city of Red Bud, utility companies, and the EPA. KEG also worked with IDOT on permitting for a new entrance onto Illinois Route 13.
“Our role in this project — and on all land development projects — is ongoing through the construction phase,” said Boyer. “We answer questions and deal with problems as they arise during construction. For instance, on this project, they hit rock when they were running some of the utilities, so we jumped back in to redesign some of the utility corridors to bypass the rock.”
Completion of the project is scheduled for April 2017.