By ALAN J. ORTBALS
Construction is currently underway on the expansion/renovation of Auffenberg Ford at the intersection of Interstate 64 and U.S. 50 in O’Fallon. EWR Architects in Fairview Heights did the design. Work began on the $3 million project in May and is expected to be completed by year’s end.
The renovations include a whole new showroom to project the latest Ford Motor Co. image rebranding standards.
“We’re reusing the roof; tearing out the old showroom walls; moving them out to the edge of the roof; and finishing it with Alucobond and glass,” said Bill Reichert, president of EWR. “There will be all new customer service areas, new administrative areas and about 25 sales offices.”
There are also several additions being constructed to provide three new consumer friendly service write-up lanes, which will allow up to nine vehicles to enter the building at a time for service consultation and diagnostics.  The expansion adds 19,700 square feet to the existing 45,000-square-foot facility. Several new repair bays, a new drive-through automatic wash bay and new vehicle detailing bays are also being added.  The entire showroom is being expanded and refurbished and will feature a new reception center and sales displays and provide space for up to six new vehicle displays inside.  Additionally, all operations areas, offices, customer lounge and convenience spaces, and service and parts retail areas are being completely redesigned.
The construction work is being phased to allow continued operation of all of the dealership functions throughout the project. 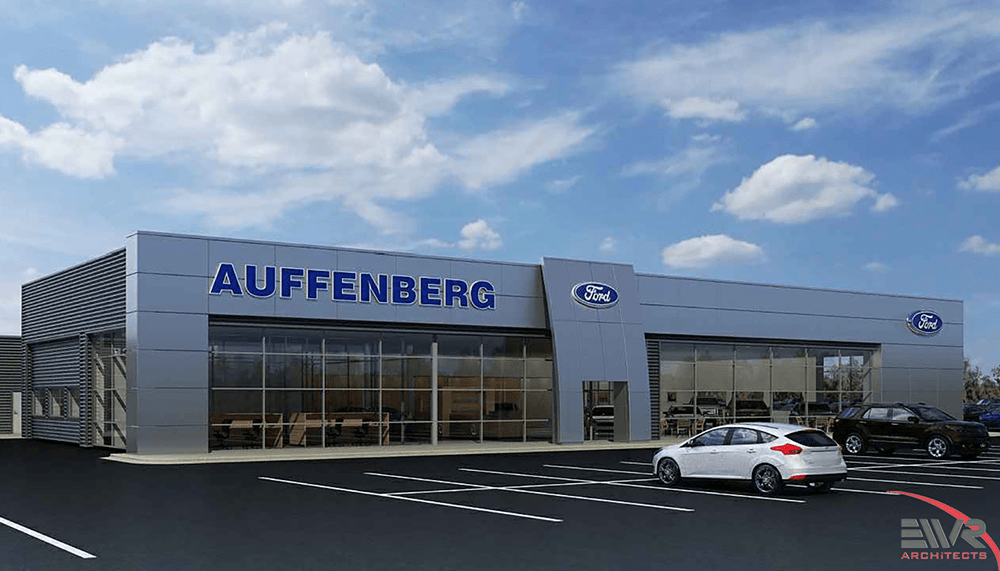