By DENNIS GRUBAUGH
BELLEVILLE — The Southwestern Illinois Law Enforcement Commission offers 270 courses a year to help police train for their jobs. But director David Hayes wonders if any amount of instruction could prepare officers for the kind of carnage his profession witnessed the last two months.
Officers killed in Dallas and Baton Rouge. The mass shooting in Orlando. Across the country, officers and the public are under the gun, literally, in a way that has made the year 2016 one of the darkest ever for the men and women in blue. 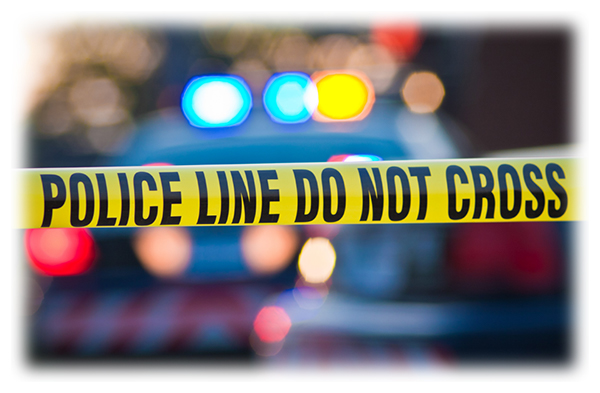 In recent years, police here have stepped up their training to involve all sorts of scenarios, from active shooter to workplace violence to domestic confrontations. Amid it all is an element of edginess that has law enforcement officers increasingly concerned for their colleagues.
“For every officer who is killed in the line of duty in this country there are two officers that take their own lives that you rarely hear about,” Hayes said, citing the stress of the job.
He has a long history in law enforcement, coming up through the ranks and eventually becoming the chief of the Alton Police Department, where he enjoyed a 30-year career before retiring in 2013. Shortly thereafter he took on the role of SILEC director.
Now, each day is spent making sure that members are trained in the latest tactics of law enforcement, from mental health crises to monitoring social media.
He believes the police departments in SILEC’s seven-county area are as well trained as any in a major metropolitan area. However, he’s also a realist.
“If you’re asking how prepared are they for an incident like we saw in Dallas, you can’t prepare for things like that. When somebody makes up their mind that they are going to kill somebody, there is very little that law enforcement can do to stop it,” he said.
Asked what eventuality they train for, he responded simply: “Everything.”
Hayes’ agency works for the Illinois Law Enforcement Training and Standards Board. SILEC is one of 14 Mobile Training Units around the state and covers the second-largest territory outside of Chicago and DuPage counties. SILEC covers Madison, St. Clair, Monroe, Randolph, Washington, Clinton and Bond counties.
The Training and Standards Board is the agency that essentially licenses police officers once they’ve met academy requirements. 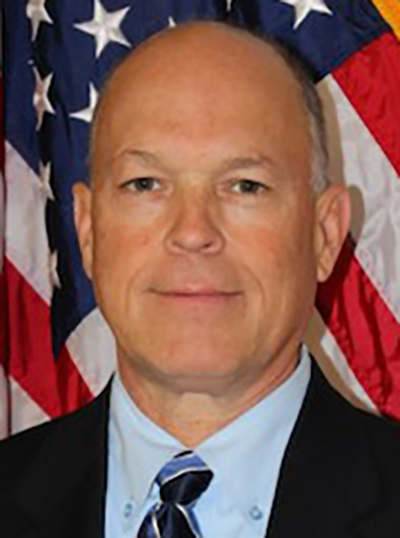 “And when you finish your academy, SILEC’s role is to provide all your supplemental and in-service training after you graduate. And that is our role for the remainder of a law enforcement officer’s career,” Hayes said.
The 270 courses are offered for police as well as support personnel like telecommunicators, corrections staff and others.
“I have 1,700 officers in our seven-county region that are full time and another 600 that are part-time that all have to meet the same training requirements,” he said.

All training is done with an eye toward officer safety and the principles of better public service delivery — “how we interact with the community,” he said.
Active-shooter training is done on basic and advanced levels.
“Once you get through the basic courses, we do Simunition (a trademarked program) force-on-force scenario training where we’re using real plastic bullets — marking bullets that we use in live shoot situations that are scenario based.
“Then we do advance active shooter police response training. Then we also do active shooting response training for radio dispatchers to handle the unbelievable influx of calls that (an incident) creates,” he said. “Telecommunicators are literally a lifeline to the entire problem. They are the middle person, at least in its very early stages.”

Telecommunicators are increasingly being trained on crisis response to mental health issues.
“We’re seeing more and more people that are mentally sick out there,” Hayes said. “There are a lot of different reasons for the psychopathy of a spree shooter or an active shooter. They may have mental issues or be off their meds. They are a very difficult and challenging problem to address.”
Hayes said terrorism and people who are generally just “aggravated with the country and the direction its going” contribute to the tide. But mental health is like an undercurrent, found in so many of the cases that are attracting national attention.
“There are so many people with mental health problems that have yet to be diagnosed. Or they don’t take their meds correctly, and it just creates a lot of problems,” he said.
Southwestern Illinois has more police officers trained as crisis intervention officers than any region of the state except for Chicago, he said.
“Our officers know how to see and diagnose on short notice these mental health issues, but to be able to have all the tools to de-escalate a mentally ill person takes more than the training a police officer can get,” he said.
The public wants police to use more “verbal de-escalation” tactics before going hands-on. But that’s not always easy, and sometimes dangerous.
“You see some of these shootings on TV where a police officer approaches somebody and goes immediately hands-on. The reason that happens is our safety depends on us getting physical control of somebody as soon as possible. That may or may not create less violence, because people who are violent are going to be violent no matter how much you talk to them,” he said.
SILEC is migrating a lot of its training toward the tactical de-escalation of every confrontation, Hayes said.
“We’re trying to find ways through verbal skills and body language to read people and to have a little better communication in our approach.”
One solution, he feels, is to have more mental health beds for treatment. Some of the agencies that provide those services in Illinois have been crimped by the state’s budget situation, and that has not helped.

The toll on officers

After the fatal shootings of five officers in Texas, much focus has been placed on police overload.
“The (Dallas) chief, David Brown, said it right the other day: We’re asked to do everything with a minimum amount of knowledge and training.  These are issues that require expertise. It’s hard for police to do that.
“Then, we have the issues of the officers who are so downtrodden right now. They feel like they’ve been beaten down. They don’t feel like they’ve got the support from the legislature, they don’t get any support from the community and sometimes they don’t feel like they get any support from their own organization.”
Hayes said America is in an “era of such political correctness that a lot of these guys feel trapped.”
SILEC is now emphasizing the health and wellness of an officer — and his family, which feels the impact of stress brought home.
“We’re developing new training models that are going to address the mental stress,” he said. “We’ve never addressed the mental health of our own officers before like we’re trying to do now.”

Training in the old days

The amount of training and the nature of it have changed greatly since Hayes first put on a badge.
“It was more robotic training back when I came on, and there wasn’t as much in-service training and certainly not as much specialized training,” he said. “It was more law updates and learning procedural law, court preparation and things like that. Now, we’re training our officers in all kinds of specialties. We never taught the psychology of spree shooters before. Now we’re having to train officers to recognized mental health issues within the first minute of arriving on the scene.”
CIT training is a 40-hour course.
“We started this training back in ’05. Illinois is one of the leading states in the country that has a uniform crisis intervention training model where everybody across the state gets trained with the same material.  A lot of states have in-service training but the training depends on the agency they are with. One really nice thing about Illinois, our officers can be moved up and down the state and be trained in the same background of in-service training.”

Only in the last couple of years has SILEC conducted active shooter training with businesses.
“This is becoming a very big deal right now. In fact, we’re going to have a class up in Alton, but it’s built on a model that is also for hospitals, businesses and schools,” he said. Those who go through the two-day program qualify as an active shooter instructor and can then go into the community and teach faculty, staff and employees how to respond to an active shooter prior to an officer’s arrival.
“Those moments are the most critical,” he said. The class is set for Oct. 26 and 27.
Hayes said drawing the community into the process makes good sense and it’s becoming a norm.
“Not only does it build good relationships in the business and education community, it also gives them the training to see things, indicators that they may not have seen before” as to a victim’s state of mind.
At press time, SILEC was scheduled to have a class studying why teenagers become killers. The teacher was to be Phil Chalmers, a well-known researcher.
“He has gone into institutions and talked to more than 200 spree shooters, even those who have killed their own parents. He’s studied this and come up with an unbelievable psychology. He invites people from education, the courts, probation and law enforcement to see this,” Hayes said. People in education are the ones who see these indicators first.
“Many educators have come out of the class saying, ‘Oh, my goodness, I’ve seen two or three of these indicators before.’ What the instructor says, is when you see three, four and five of these indicators, you need to be watching and reporting this guy because he’s getting ready to snap.”
Young people’s exposure to violence via the Internet affects them greatly, Hayes said.
“Social media has a huge impact on this violence that we’re seeing,” he said. “You can see how fast people rally or get rowdy because of a message on Twitter or Facebook. You have a mass of people in just a matter of minutes, which police have a difficult time preparing for.”
Police monitor social media now more than ever. “There are ways to do it, which we don’t discuss, but it’s important for us to stay on top of this technology.”
He added: “It takes a community to keep a community safe.”

As of the end of July, 551 people across the country had been shot and killed by police during 2016, according to a database kept by the Washington Post. During the same timeframe 34 police officers died of firearms-related fatalities, according to the National Law Enforcement Officers Memorial Fund.